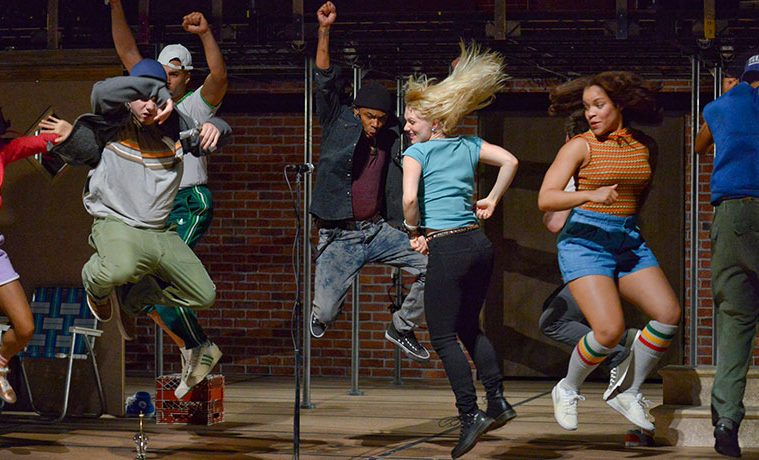 IMAGE ABOVE: The Cast of The Fortress of Solitude, Dallas Theater Center. Photo by Karen Almond.

It’s not every day that a Dallas theater produces a show bound (hopefully) for Broadway, although the Dallas Theater Center is ensuring it becomes increasingly more likely. The Fortress of Solitude, on stage at the Dallas Theater Center’s Wyly Theatre through April 6, is a musical adaptation of Jonathan Lethem’s bestselling tour de force novel of the same name. It’s also the show’s world premiere, and the second musical DTC has co-produced with New York’s Public Theater. Lethem’s semi-autobiographical story of Dylan Ebdus and Mingus Rude growing up in 1970’s Brooklyn features music and lyrics by Michael Friedman and a book by Itamar Moses. See it now if you want the “I saw it when” bragging rights. 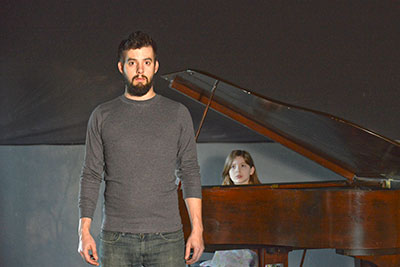 “Fifteen years ago I killed my sister.” That’s the jolting beginning to Adam Rapp’s Nocturne, which will be on stage at Second Thought Theatre (STT) from April 2-26. Second Thought’s acting- focused production style makes them the perfect company to stage Rapp’s stylistic examination of guilt and self. The real news in STT’s production, however, may be the artistic presence of the Magills, the husband-wife duo behind local band Home By Hovercraft, and the recent musical On The Eve. Shawn Magill composed the music and designed sound, while Seth Magill designed sets for Nocturne. 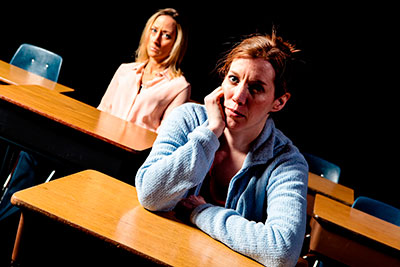 Kitchen Dog Theater’s (KDT) seasons are always composed of a good mixture of new and classic productions, all focused on challenging moral and social issues. The final play in the 2013-14 season is no exception. On April 3, KDT opens their production of Gidion’s Knot, Johnna Adams’ emotional two-woman play. In the vein of Edward Albee, and others, who put self-destruction center stage, Adams’ play about a parent-teacher conference, with the child in question tragically out of the picture, is a searing examination of guilt and self-expression. Gidion’s Knot will run through April 26. 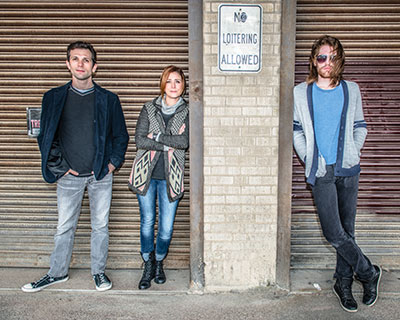 Amphibian Stage Productions is an exciting small Fort Worth based company that has been giving Dallasites a reason to drive to Fort Worth since 2000. Their production of Brooke Berman’s Hunting & Gathering, April 10-May 4, should be another in a line of strong plays from the company, and welcome comedic relief from the heavy plays on Dallas stages this Spring. The story follows four young New Yorkers searching for an apartment, and in so doing, somewhat predictably, find themselves searching for home. 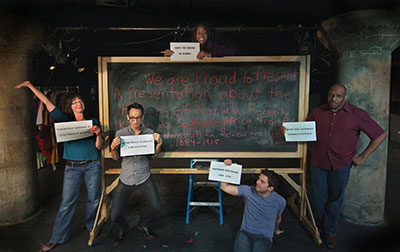 We Are Proud to Present – Undermain Theatre

In Jackie Sibblies Drury’s We Are Proud to Present a Presentation, a cast of actors portrays a cast of actors attempting to stage a play within a play. Don’t worry, it’s not as confusing as it sounds, but Dallas audiences have a chance to see for themselves this spring as Undermain Theatre stages a production of Drury’s meta-theatrical examination of race and identity, March 22-April 19. The play examines a troupe of actors staging a play about a little-known genocide perpetrated by German colonialists on an ethnic Namibian tribe, called the Herero, in the early 20th century. During the course of the play, the cast of black and white actors is forced to come to terms with their own racial prejudices in a conflict-ridden, satirical look at collaborative theater.