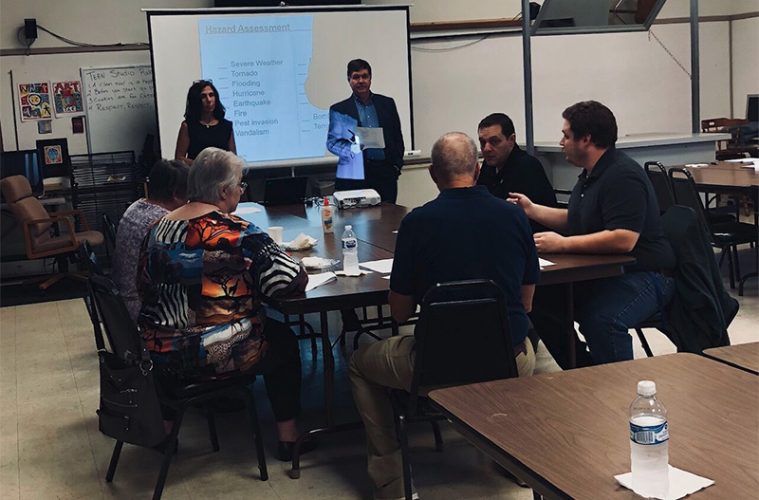 Hurricane Harvey dumped some 15 trillion gallons of water on the Bayou City, creating havoc for the Downtown theater district, along with many artists and arts organizations. Hurricane season in Texas lasts June thru November, although in recent years, it seems like it never leaves us. Mentally, it is a year-round event, as all those in the region still suffering from the effects of Hurricane Harvey over a year later will attest.

Houston Arts Alliance (HAA) CEO John Abodeely was new to Houston in the aftermath of Harvey, brand new in fact. His interview to join the HAA team was originally scheduled for the Friday Harvey hit, and then was rescheduled for a week later.

Abodeely said when he landed he was immediately “amazed at how much recovery had happened, it looked like the rain stopped and people just walked out the door and started to put the city back together. I was so impressed with the City of Houston.” 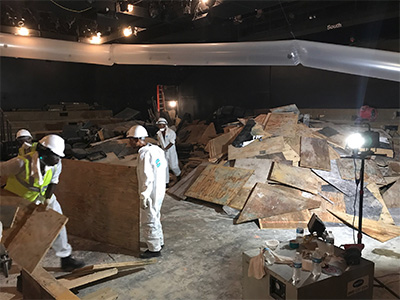 HAA was already a part of Harvey Arts Recovery Fund (HARF), an organization put together immediately after the storm to help artists and organizations rebuild, but Abodeely recognized that HARF was temporary and did not provide any support for future preparedness. Abodeely began research on what support already existed out there and how HAA could provide these resources to Houston artists.

In October of 2018, one year after Hurricane Harvey hit,  HAA’s Ready and Resilient program was born. This program partnered with national organizations CERF+ (which stands for Craft Emergency Relief Fund, but has really grown to encompass so much more) and Performing Arts Readiness to create a series of workshops for both individual artists and organizations.

“One year out, thanks to HARF,” Abodeely says, “the city’s arts community was on its way to being whole. We wanted to focus next on what is known as resilience: having the right insurance, storing records in the cloud, creating emergency plans, and hosting conversations between artists and experts about these considerations.”

No one likes a nag. Nags tell you what you need to do to get your rear in gear but don’t offer any practical advice about how to do that. Ready and Resilient is not that nag. This program offers clear-cut solutions and puts you on the path to achieve them. 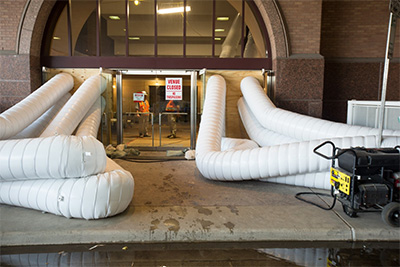 The workshops themselves helped guide artists and arts organization’s staff through preparedness scenarios, identifying weak areas in their organizations or individual practices, and becoming aware of what threats are posed. In Houston the main threat we face is hurricanes, and their aftermath of power outages, flooding, tree felling, and the like.

Once preparedness was addressed, the workshop leaders offered both practical preventative measures as well as guidance and support options for what to do when the worst happens again. Topics covered included insurance, digitizing records, archiving off site, having a disaster plan in place, and knowing what resources are available to you, including funding sources that can help artists get back on their feet post-disaster.

Moving forward, Abodeely recognizes that “artists as a group don’t have a lot of time to spare. Every minute you aren’t working / producing is an opportunity cost. So, the information has to be digestible and relevant.”

With that in mind, HAA is partnering with Galveston Historical Foundation on a regional arts preparedness and recovery system funded in part by the Houston Endowment. The Houston Area Arts and History Disaster Resilience Plan will help artists prepare for the next sudden and/or historic event. HAA will also focus on building up their website as an evergreen resource for artists to access at any time and facilitate preparedness workshops when hurricane season looms again.

But it will happen again, and now HAA provides year-round resources for Houston artists to get ready, and will be offering free disaster plan consultations for performing arts organizations with a national expert through July.