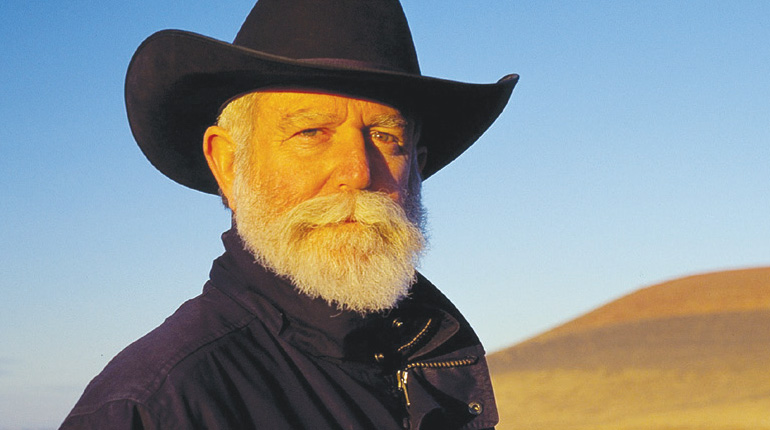 James Turrell on the Trouble With Holograms

A month after the unveiling of Twilight Epiphany, James Turrell’s skyspace at Rice University, Hiram Butler Gallery is presenting a body of work from 2010 that posed a very different challenge for Turrell: how to get rid of the “pickled light” effect found in most holograms. Below, he talks with A+C visual arts editor Devon Britt-Darby about the hologram show, what we can expect at the Museum of Fine Arts, Houston’s iteration of his 2013 retrospective, and his thoughts on the Rice skyspace, now that the fanfare has died down.

A + C:  Have you made holograms before creating the works on view at Hiram Butler Gallery?

James Turrell: Yes, I’ve been working with them since the early 1980s, trying to make them part of my work. It’s a long-term process. I think only one was collected in Texas; that was by Isabel Wilson (a former MFAH board chairman of the Museum of Fine Arts, Houston and executive director of the Brown Foundation, who died in March). It’s mostly in Europe that these have been shown.

This hasn’t been a big part of my work, but I try to make some work that’s smaller and more collector-friendly than most of my work.

A + C:  Is there a particular challenge to working with holograms?

JT:  A hologram is just a photograph, but it’s taken from one position of this object, but seeing it from more sides than you’d normally see it. Everyone told me, “You work with light, so you should work with lasers and holograms and all that.” Actually, generally it looks like a still life of objects in sort of an aquarium of pickled light.

So for me to make this work, I had to get rid of that surrounding strange yellow-greenish light and try to have [the image] come in front of the picture plane. So I had to get rid of the surrounding atmosphere so it just looks like light. The problem is that, generally, holograms are of an object. So to make it look just like light, I have to make this strange object and then overexpose it. So it’s like I have to make a bad hologram in order to make it work as something that looks like what my work has been about.

I have two kinds. The larger ones are transmission holograms – I really needed to do that to get the greater amount of light out of them – and the smaller ones are reflection holograms. So there are two different processes involved. The transmission ones are the ones that project out, but oddly, I’ve made them like a reflection hologram because I use a mirror to actually have them come out front. Otherwise you’d have to stand in front of something that was projecting this.

A + C:  Do they change dramatically depending on the viewer’s vantage point?

JT:  The large ones, the transmission holograms, do. In fact, if you go up too close to them, they’ll disappear.

A+C:  Your retrospective coming up next year is unique in that it’s going to be a different show altogether at each venue, with different bodies of work on view.

JT:  The reason for that is that I can do about six to seven large installations that wouldn’t quite cover a year of work, and here we’re trying to represent 45 years of work. In a way, that’s why we’re doing three museums to start with, each with a different body of work, but representing the same kind of coverage of periods.

A+C:  In the MFAH’s case, they’re using the retrospective to introduce a recent acquisition of a career-spanning body of your work, which you call the Vertical Vintage.

JT:  Yes. The Vertical Vintage deals with pieces out of each decade and with works that are early in each [body] of work, so in that way it’s as a vintner would say, a vertical vintage – a collection that deals with the overall in that manner. And I think this was done very well. That was something that both [former MFAH director] Peter Marzio, Isabel Wilson, the Brown Foundation, and others were interested in doing. They were instrumental in putting this together.

A+C:  The last time you and I talked, it was about Peter Marzio shortly after he died in December 2010. You described how he had that unique ability in a director of being able to work well with artists and work with trustees and the community. As you put it, he was able to “take other people’s money, take other people’s work and actually make them feel terrific doing it.” Do you think his successor will turn out to be in that mold too?

JT:  Oh, Gary Tinterow is a tremendously capable person, and I think it will be very exciting. He has his specialties, but he loves art, and that makes a big difference. They are big shoes to fill, but he’ll take his own walk and step out in his own way, and I think that’s something to look forward to.

I feel very positive about what Houston has done and where it’s going. Of course, I feel that way too in terms of what happened at Rice.

A+C:  The Rice structure is more open than most of your other skyspaces. Is that unusual for you?

JT:  Yes. There’s three that are like that. These are public spaces, and it was important for people not to be involved in these cul-de-sacs or places that can be rape spaces or dangerous spaces for people, so I wanted to have this openness, and at the same time I wanted to be working with the sky. I also liked the idea of the plane, almost like a piece of paper held up in the sky.

You do lose light by not concentrating it in a space and bouncing it off walls, but we put more light into this, and I’m pleased with how it came out.  It does have this openness, and yet it has this quality of working with sky and light at the time of change from night-to-day and day-to-night, and these special sort of things that occur. It’s something that’s kind of different and unique in how I’ve worked with this series.