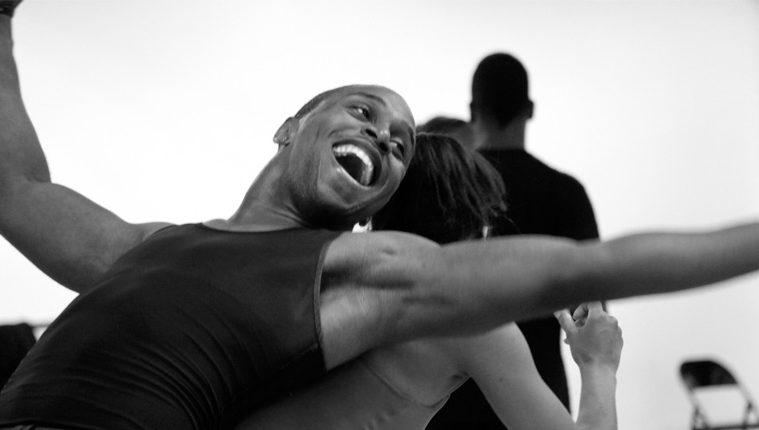 The Ecology of Houston’s Emerging Choreographers

In the decade since I first came ashore on Houston’s dance scene, I’ve experienced how rapidly this particular dance performance landscape and its inhabitants evolve and regenerate.

Where artists have pruned or redirected their energies, new growth is consistently emerging and making room in the bed of Houston dance. To understand how dance gets made here is to study the city’s dance ecosystem and the creative organisms currently emerging and thriving within it. With the Big Range Dance Festival running June 1-16, this is a perfect month to examine the ecology of the new crop of choreographers.

Oh, What a Garden

Stephanie Wong, a former dancer, is the executive director of Dance Source Houston (DSH), which offers vital publicity support to choreographers and companies in the city.  From her vantage point, getting work presented is one of the primary challenges to new choreographers.

“For someone just starting out, being able to dip a toe in the water, rather than jumping in all at once can be advantageous,” says Wong, “Building audience and interest in what you’re doing also takes a lot of time and patience.”

A rising independent choreographer currently building interest in her work is dancer and University of Texas at Austin alumni Kristen Frankiewicz. She did some company time in San Francisco, but found a more appealing and exciting fit in Houston’s dance sphere.

Choreography has come about naturally for Frankiewicz, who is showing her newest work, Glass Scratch, during “Program A” of The Big Range. Although she’s presented frequently over the last few years in both Houston and Austin, she says she doesn’t have the “hunter gene” for composing new work. Instead, the work has a way of finding her.

“If an idea moves me, then I get down to business and hunt it out,” says Frankiewicz. “I like to keep my choreographic perspective fresh and informed, and really only present work when I feel it has the potential to add something to the table.”

Likewise, since her return to the area from Broadway touring, native Houstonian Courtney D. Jones has found a home for her work with Urban Souls Dance Company. Her second work for Urban Souls, ….and the bodies fall, premiers June 2 at the University of Houston’s Cullen Hall. The Hope Stone dancer and triple threat (she’ll appear in Houston Grand Opera’s Show Boat next season) will join the faculty at University of Houston and serve as guest choreographer at Rice University this fall.

“I was thrilled to see such diversity in options,” says Jones. “It feels like almost every weekend there is a little something for everyone to buy a ticket and enjoy.”

Among these “somethings” are events like the Barnevelder Movement/Arts Complex Dance Gathering, Hope Stone’s Hope Werks, and 12 Minutes Max, a combined effort of DSH, DiverseWorks, and CORE Dance, each one offering a unique opportunity for emerging choreographers to present without the overhead expense of self-production.

Up-and-coming dance-for-camera artist Lydia Hance founded Frame Dance Productions in 2010. (Some disclosure: You’ll find me in recent films produced by Frame Dance, for which I’ve also served as a board member).

Hance’s work often requires projectors and surfaces to project upon, but conventional dance venues and producers are rarely prepared to meet these needs without compromise. As a result, she’s concluded that, despite the extra legwork required, for now, self-producing events is less challenging than the alternative.

“I don’t want to pull myself out of these festival environments. I want to be part of the dialogue, even if it takes time,” Hance asserts. “In the meantime, I will continue self-producing. I didn’t look at the Houston dance community and think, ‘I need to fill this niche.’ I looked at my work, looked at the Houston dance community and thought, ‘there’s room for me.'”

CONTEXT, her most recent installation at Winter Street Studios, proved a stunning success, and is evidence of efforts to carve her own path, not only in terms of the spatial context in which dance is viewed, but in the trans-discipline defining of dance.

Wong (DSH) is struck by the amount of dance for film currently being presented, stating, “There seems to be a real interest and momentum behind the exploration of video as a medium and the normal limitations that medium allows us to transcend.”

Rosie Trump, Director of Dance at Rice University and a choreographer/filmmaker, has actively sought local dance filmmakers to feature in The Third Coast Dance Film Festival she founded in Houston. Though she could easily have filled the roster with imports, Trump wants to foster dance film production in this community.

It’s the accumulating presence in Houston of dance for camera by individuals like Hance, Trump, and Ashley Horn, that most sets the city’s current yield of dancemakers apart from its more established artists. Horn’s Big Range offering is Jazzland, a dance film with an original score composed by improvisational pianist Robert Pearson.

The Laboratory of Evolution

NobleMotion and Recked Productions, the creative conduits of Andy and Dionne Noble and Erin Reck are generating fresh excitement in Houston. All three individuals on the dance faculty at Sam Houston State University have found a home on the Big Range. This year, they’ll each present work the first weekend in June on the festival’s Program A.

“Essentially, audiences will support good work,” says Wong. The creation of new dance work is reinforced by an infrastructure of time, space, and money but is fueled by a kind of mutual advocacy as well. No dancer is an island. Erin Reck asserts the need to work in support of oneself and one’s art by staying active in the field and not living in a cardboard box, “Basquiat style.”

“Artists need other artists to help them grow,” Reck reflects. “We are inspired by each other, pushed and challenged by each other, pinched when we try to create something gimmicky or mediocre and applauded when we successfully step outside our box.”

–– NICHELLE STRZEPEK
Nichelle Strzepek is a dancer, writer, and the founder and editor of DanceAdvantage.net where she covers all things dance and dance training.