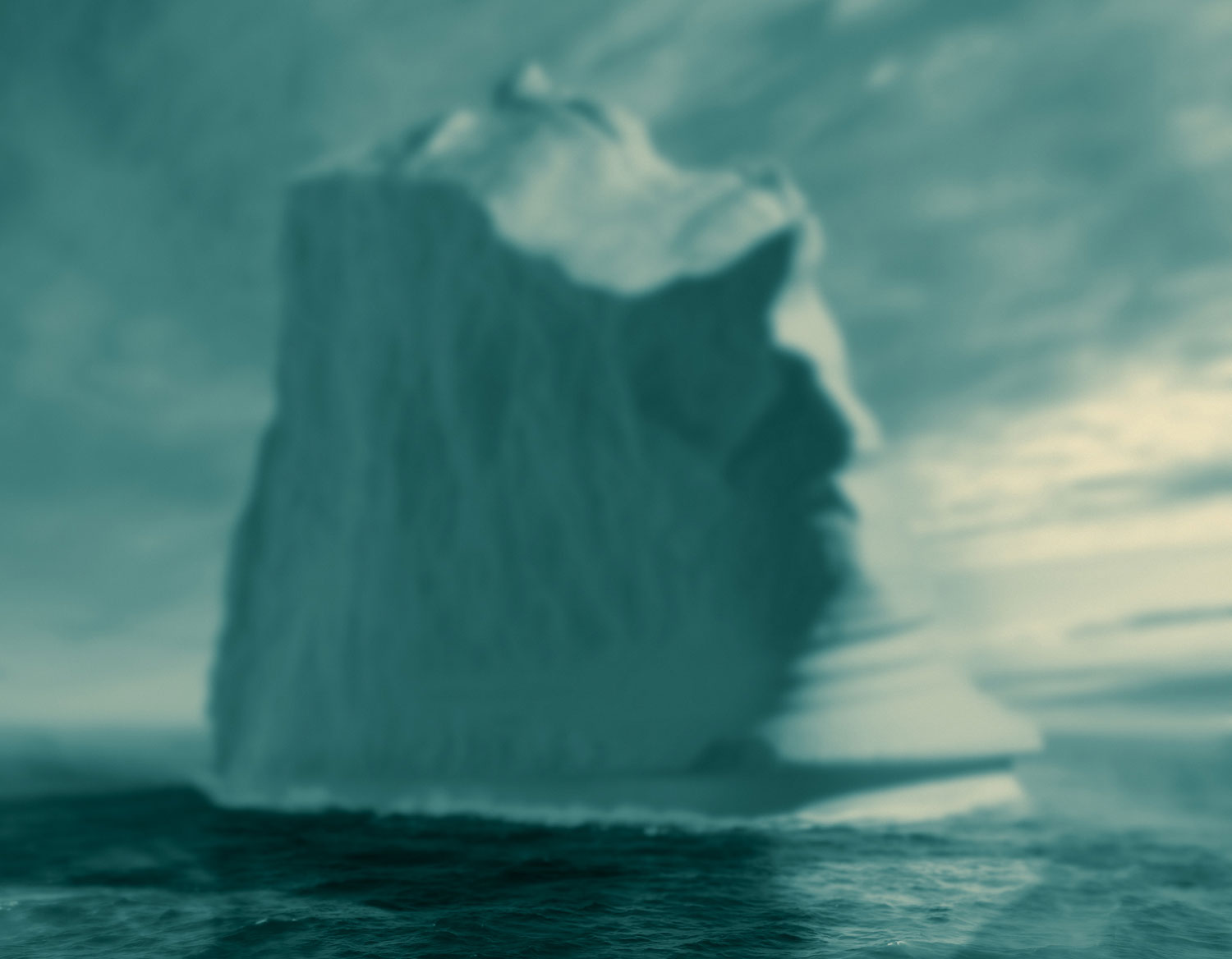 The Existential Conundrum of the Image

Don’t let Ted Kincaid’s work fool you: his current show at Devin Borden Gallery is not about grizzled explorers bobbing around the Antarctic in gloriously impractical sailing ships. Not Another Hour, But This Hour isn’t about heroics in the turn-of-the-century tough guy sense of the word, but rather “heroics” as an aesthetic concept, as in: what makes an image “heroic?” Sure, there are plenty of building-high icebergs and tempestuous Turner-esque seas, but the primary question these works pose is a very formal one, all angst-ridden bearded dudes aside. These pieces speak to the ever-present existential conundrum of artistic images themselves, awash in their own sea of ads, selfies, and 24-hour-news feeds, and they’re infinitely more strange because of it.

The works reference painting and photography almost equally. The Iceberg  series follows the rectangular-stretched-canvas formula but it’s images are actually high-quality prints in sophisticated monochrome. The purported subjects also hail from the painting tradition, if only because wooden galleons and cameras were hardly concurrent technologies.  Alternate blurred distances and sharply focused foregrounds, in contrast, are a hallmark of photographic depth-of-field, but the digital media used to mingle them is from yet another era.   Pieces like Iceberg 713  become especially weird with the inclusion of digital technology; some passages give the impression of a scaled-up miniature, while others are shot in the more traditional documentary sense. That the craftsmanship of these images is totally flawless makes them all the more vexing to decipher. Even the artist’s limited inclusion of the figure is disconcerting; the “shipwrecked” souls of the Nautical Disaster series are hardly wasting away, they’re more Greek god than castaway.

With Not Another Hour… Kincaid has hit all the romantic notes at once: desolate seascape, adventure, beautiful bods, and somehow the result is bizarrely clinical. As David Foster Wallace once described the “critical machine,” it’s like “tearing the petals off and grinding them up and running the goo through a spectrometer to explain why a rose smells so pretty.” In this case Kincaid’s serene (on the surface) works act as that critical machine.

Of course, contemporary art should speak to contemporary experience. As much as we adore and romanticize the past to which these images refer, we also understand that it never really existed. We know that everything looks so much lovelier in the hazy light of nostalgia. With works like Ted Kincaid’s, we can take off the rose-colored glasses or put them back on at will. It doesn’t make us long for those untouchable ideals of heroism and beauty any less, but it does help us take them a little less seriously.