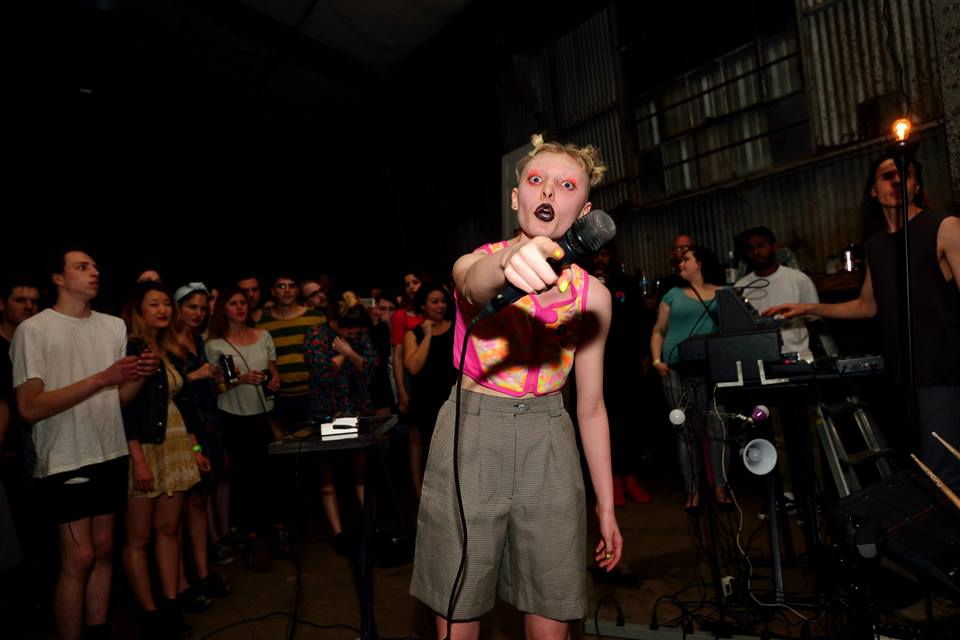 Arthur Peña’s roving venue, Vice Palace, will shut its hypothetical doors after four shows in November. In the last two and half years, these provocative DIY events brought diverse bills and major production into warehouses, art galleries, and bookstores before landing in traditional venues.

With a background in painting, Peña drew crowds that brought the music and art scenes together. But he is ready to move on.

“For what I wanted to do it lasted the right amount of time,” Peña says. “It’s an idea that ran its course.”

He sees Vice Palace as part of an effort to put together bills with mixed genres. It used to be fairly unusual to see an electronic act play a show with a punk group, for example. But now Peña regularly notices shows that would work for Vice Palace.

For the art scene, this is a heck of a way to end a year marred by the fire marshal raiding receptions. Peña says the timing is just a sad coincidence, although he did find it interesting that the fire marshal displayed photographs taken at a Vice Palace show in a public meeting to address the shutdowns.

“With that image I think Vice Palace lived up to its infamy,” Peña says.

But Vice Palace at its best would be out of luck in this environment.

“That first year of warehouse shows needed to happen,” Peña says. “Someone just needed to do that. My goal of bringing the art and music worlds together really worked at its best in that format. There was an open context with the warehouse space.”

Peña has mixed feelings when he considers how Vice Palace started in a warehouse and will end in Deep Ellum. It was never about how many shows he could book or how many different venues he could use.

“It was more about activating the space and letting people see it anew,” Peña says. “I was always very conscious of where it was going to be at and why. I thought about what music would tell the story.”

Booking shows at legitimate venues in Deep Ellum is much easier than the DIY route. But once that happened, Peña’s days of spreading out two tons of sand in a warehouse and staging a crucifixion in a gallery were over. No longer walking that line between the two scenes, it is mainly the music fans that have kept showing up.

It makes Peña feel like just another promoter. Now a visiting lecturer in painting at SMU, he is also ready to resume painting after taking six months off. Vice Palace will exist solely to document the local music scene.

Kick started by a grant from the Office of Cultural Affairs, the cassette label will go on with a focus on the hip-hop community and electronic scene. These limited releases capture live recordings on painted cassettes in sleeves designed by reclusive artist Larry Carey, who created most Vice Palace flyers.

“I am documenting the current energy in the Dallas music scene,” Peña says. “It’s all ephemeral.” He points out that art and music scenes typically only last a few years before changing or dying out all together. “When I think about the first run of Vice Palace tapes, five of those 14 bands are no longer together. Spaces have come and gone. I want these tapes to be part of the conversation when people look back at what happened here in Dallas.”

Performed in front of tiny crowds, Vice Palace Tapes shows are for the sole purpose of recording. With two more releases planned, Peña expects the next shows to happen in April. He is also still working on a Vice Palace documentary that will run 15 or 20 minutes.

The final shows are in quick succession, with bills still being finalized. A new Vice Palace Tape will be released at each event. The first show is on Saturday, November 5 at the Brick Haus in Denton. Two days later on November 7 there will be a joint show with Outward Bound Mixtape Sessions at RBC.

Vice Palace will invade the Dallas Contemporary on Thursday, November 17 with music video screenings, live music, and a panel discussion about the local music community. The last show takes place the very next day, November 18, at Club Dada.

“Whether or not Vice Palace acted as a catalyst or instigator, there are other people doing these types of shows,” Peña says. “After next month I will have worked with almost exactly a hundred different acts. Vice Palace has been a germ for a lot of things. That Deathmus show restarted the underground electronic scene. Hex Cult and Street Sects played together and then went on tour together. Stuff like that is what really excited me about Vice Palace.”