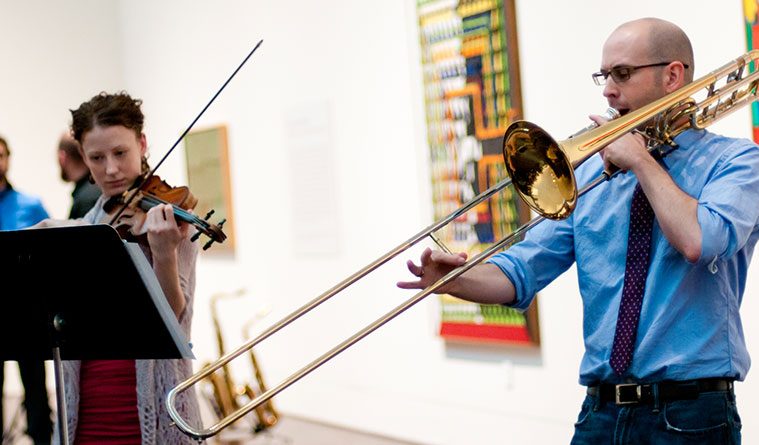 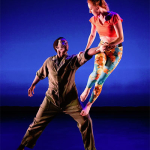 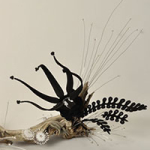 DALLAS- New Beginning, a show of new work by Dallas-based artist Kana Harada, is on view at Dallas’ Talley Dunn Gallery through July 11 and marks the artist’s first exhibition with the gallery. For the show Harada has crafted nine works, including a gorgeous large-scale installation of cherry blossom branches created from hand-cut pieces of thin, foam sheet and found materials.

SoundSpace  at the Blanton 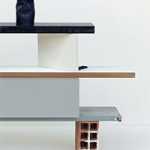 HOUSTON– Lineas de la Mano, on view at Houston’s Sicardi Gallery through July 3, is a group exhibition structured around a premise which simplifies and complicates our life in equal measure, namely the idea that human existence, and all of its manifold complexity, can be reduced to mathematics, specifically, geometry, and more specifically, the geometrical concept of the line. 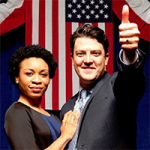 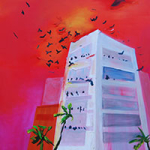 SAN ANTONIO—A Battle of Ideas is Houston based artist Casey Arguelles Gregory’s most recent body of work, on view through June 21 at San Antonio’s Sala Diaz. Gregory explores her penchant for words, symbols and meaning in A Battle of Ideas, showing two distinct bodies of work which, when seen together, in the words of Gregory, serve to explore and illustrate the “life lived by many contemporary artists, which seems to, ironically, juxtapose intellectual pursuits and abstractions with catastrophic world events and a thousand daily banalities: a reverie with interruptions.” 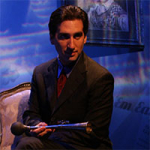 Gershwin stops at the Alley 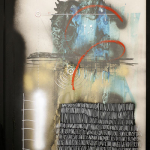 AUSTIN—Co-Lab Project’s N Space recently broke its short sabbatical to open APOLOGYTOTIME by Mark Johnson (on view through June 24.) Mark Johnson’s work at N Space is a well of psychological fodder, a trip into the “Mind of The Artist” and a sincerely well-considered body of work which, although slightly disturbing, exhibits an overwhelming and intoxicating decadence of material and composition.

A Cranko Classic at Houston Ballet 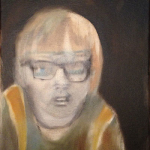 DALLAS-Marjorie Schwarz seizes on an otherworldly tone that she pulls from her portrait’s sources to create work that is personal, eerie, and strangely hypnotic. All of the pieces in Marjorie Schwarz’s solo show currently on view at the Goss-Michael Foundation are fiercely original and compelling in their rigor, they almost defy categorization and bring to mind many art historical sources. Part German Expressionism, part Neo Expressionism, and intermixed with Marlene Dumas and Lisa Yuskavage, Schwarz looks to have found her mature signature style.