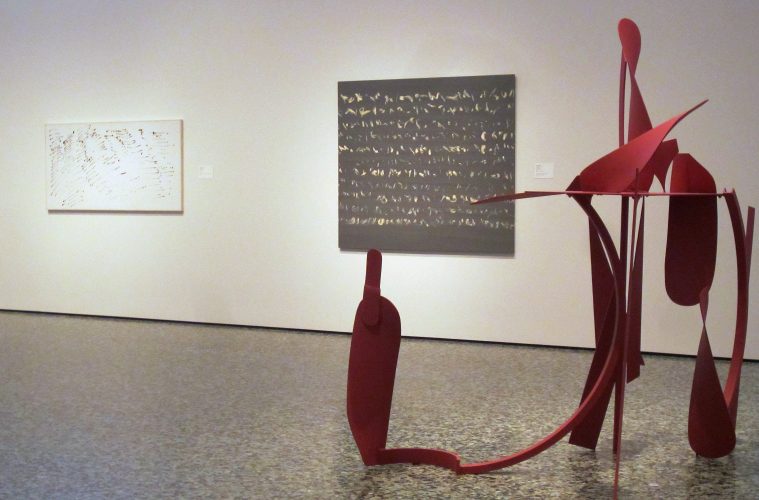 A Backdrop for Braque at the MFAH 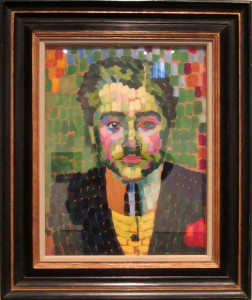 The second-floor gallery of the Museum of Fine Arts, Houston’s Law Building is one of the largest exhibition spaces in the country–so large that the Georges Braque retrospective only takes up half of it. (That fact alone tells you just how comprehensive the MFAH’s recent Antonio Berni: Juanito and Ramona exhibition, which took up the entire floor, was.)

The MFAH is using the remaining floor space to showcase some of its European holdings from the decades spanning Braque’s career. As is to be expected, it’s had to raid the lone Beck Building gallery reserved for European modernist works that aren’t part of the Beck Collection–most notably Pablo Picasso’s The Rower (1910) and Henri Matisse’s Olga Merson (1911), but also works by other colleagues such as Juan Gris, Fernand Leger and Jacques Lipchitz. Having immersed yourself in a roomful of Braque’s analytic cubist paintings, it’s great to be able to walk over and refer to Picasso’s Rower for comparison. 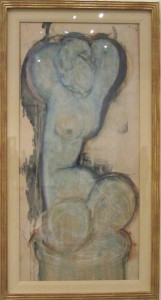 Also rounding out the selection of early modernists–and coming as a wonderful surprise–are rarely seen works on paper, including works by Picasso, Robert Delauney’s charming, Fauvist-influenced portrait of the painter Jean Metzinger; and the show’s biggest revelation, a monumental, downright hulking Caryatid by Amedeo Modigliani–one of more than 70 drawings of the subject he made as preparatory sketches for sculptures meant to fill a “temple to humanity” that never came to fruition.

The show continues with contemporaries from Joan Miró Yves Tanguy to Giorgio Morandi, as you’d expect, but also makes forays into areas you might not, such as Arte Povera and CoBrA movements. Remember, Braque was still painting into the 1960s.

There’s a great wall of Lucio Fontanas, all 1962 works from his Spacial Concept: Waiting series, and a terrific pairing of spare, calligraphic paintings by Jean Dupuy and Judit Reigl–all in close proximity to Anthony Caro’s lyrical sculpture Orangerie (1969), a recent acquisition.

It adds up to a welcome companion to the Braque survey and a reminder that no artist, even a master like Braque, paints in a vacuum.