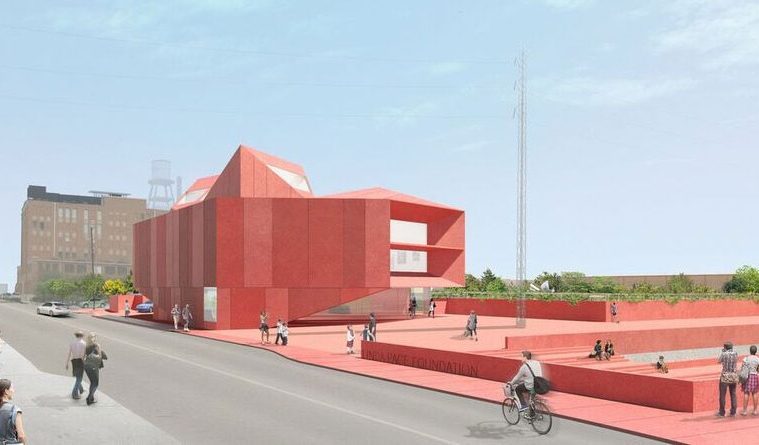 A City Built By Artists

“Isn’t it funny how day by day nothing changes, but when you look back everything is different?”
— C.S. Lewis 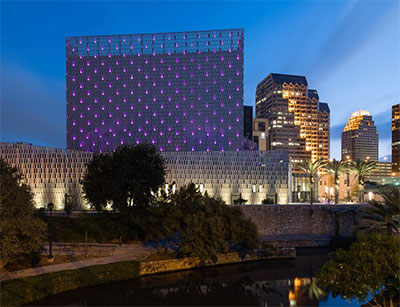 Tobin Center for the Performing Arts, View from the Rear.

Have you ever taken an art trip to San Antonio? If you have, you probably visited First Friday or Second Saturday, some of the numerous artist-run spaces, or one of the main organizations such as the San Antonio Museum of Art, Artpace, the Linda Pace Foundation, the Witte Museum, the McNay Art Museum, or Blue Star Contemporary Art Museum. Perhaps you were here for Contemporary Art Month, Luminaria or Fotoseptiembre. If you came back today, these activities would likely still be part of your visit and it might seem like the art scene in San Antonio has not changed dramatically. But if you look closely, you will see a transformation that is boiling underneath the surface preparing the art scene and the city for what is to come.

The underlying transformation should come as no surprise. San Antonio is currently the seventh largest city in the United States; #9 on Forbes list of America’s Fastest Growing Cities, #1 in growing Millennial population, and #10 on the Milken Institute’s annual list of the best-performing cities, a ranking that measures metropolitan areas based on their ability to create and sustain jobs. In the past few years, San Antonio has seen an increase in companies relocating offices to the city, an incoming population of professionals seeking a better quality of life, and national investors who see opportunities everywhere.

To achieve growth, city officials have been working hard for years on making San Antonio a more attractive place to live and work. One big component of this effort is the SA2020 initiative, a series of goals set by the community due to be complete by 2020. Having the city and its people aligned under the SA2020 goals has produced a positive energy and excellent results in 11 key areas, including the arts. The numbers are matching up, and the arts and culture reports are starting to show a rise in economic impact, which is expected to continue growing exponentially. “We are on track with the SA2020 arts and cultural goals but we still have five more years to go with lots going on. If the creative economic impact in San Antonio is any indication, we are in an upward momentum. Creative employment grew 6.05% from 2012 to 2014 (22,000) and the economic impact increased 12% during the same period ($4.4 billion),” said Felix Padrón, Executive Director at the City of San Antonio Department of Culture and Creative Development.

The city is not alone in working hard to achieve these goals. Arts and culture organizations and artists have played a key role in the transformation. Lately, many of their longstanding visions are beginning to materialize. Their hard work is paying off and several programming, funding and operational achievements are setting the stage for the next step in our development. Within the past two years, the Tobin Center for the Performing Arts, the Briscoe Western Art Museum and the DoSeum (a museum for kids) opened their doors; the Southwest School of Art launched the first BFA program to be offered by a private art institution in Texas. The San Antonio Museum of Art received a land donation to expand its grounds; the Linda Pace Foundation is planning the construction of Ruby City, a new contemporary art museum designed by David Adjaye, Blue Star Contemporary Art Museum started plans to renovate, and the development of the Zona Cultural District and San Pedro Creek is underway.

Another one of the key transformations in the city is the San Antonio River improvement project. “By way of visual measure, the San Antonio River extensions to the south and north have had a major impact on the evolution of our cultural ecosystem,” said Padrón. “More artists have been commissioned for public art projects along the river, there is enhanced access to cultural destinations including the Broadway Cultural Corridor institutions which they, themselves, are expanding in capacity. And to the south, we now have more access to the newly-granted World Heritage Missions, which undoubtedly will spark more cultural programming.” 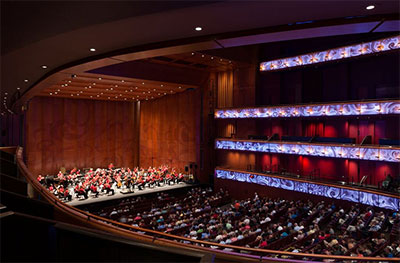 HEB Performance Hall at Tobin Center for the Performing Arts.

The connection to the river is truly starting to shape our art scene, as it becomes a canvas for public art and other arts-related development. “One of the best things about our location is the proximity to the San Antonio River,” says Mary Heathcott, Executive Director at Blue Star Contemporary Art Museum, “We recently collaborated with the River Foundation to host Stacy Levy and Arne Quinze for lectures at Blue Star. Suzanne Scott participated in our Art in the Garden installation at the San Antonio Botanical Garden, and we’re currently developing an exhibition for March 2016 with Minneapolis-based Works Progress that focuses on the “hydro-social” importance of the San Antonio River and our building’s history as an ice house.”

The arts have played a key role in providing quality of life for newcomers and opportunities for placemaking in addition to sparking greater citywide growth. “I am encouraged by the level of private and public investment in residential downtown living as well as the fact that millennials are choosing San Antonio as their place to live, work and play,” says Padrón. “This new trend will eventually demand more artistic and cultural consumption, and resources that are easily accessible. It’s part of the organic evolution of creative placemaking or, better yet, creative ‘placekeeping’ in the context of San Antonio.  Future generations look for authentic experiences and San Antonio has the right recipe with the right ingredients.”

The growing population is expected to make the art scene more vibrant as a potential trigger to art attendance and participation. “With the population boom, I’m expecting to see more attendance and more support for our programming. I know that creative and tech industries are becoming more prominent in San Antonio and see the arts as a key factor in attracting top talent. I’ve talked to more corporations and collaborators outside of the arts about how to integrate artists and contemporary art in their settings,” said Heathcott.

San Antonio has always been rich in art, culture and history, and art organizations have proven very successful at serving as catalysts for economic development, encouraging investment in underdeveloped areas. In the words of Padrón, “I think San Antonio will always be considered an arts destination. It is a city that was built by artists and that will continue to be the case.”
—Haydeé Muñoz De la Rocha
Haydeé Muñoz De la Rocha is a freelance arts writer based in San Antonio, Texas.