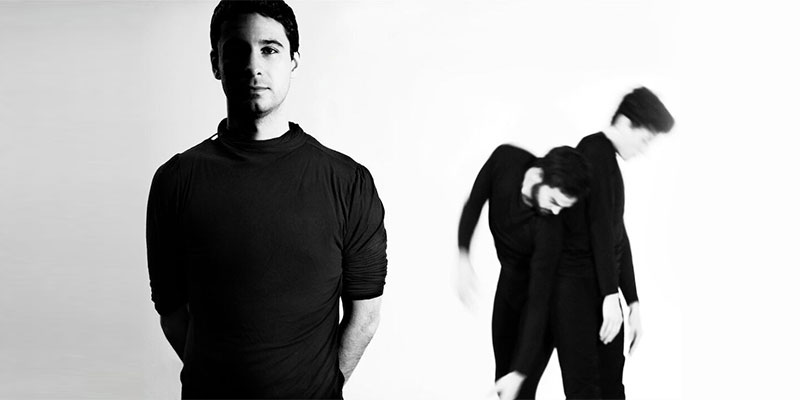 A Delicate Collaboration: Jonah Bokaer on Rules of the Game at Soluna

Jonah Bokaer, Daniel Arsham and Pharrell Williams open the Dallas Symphony Orchestra’s Nancy A. Hasher and David J. Haemisegger Family Soluna International Music & Arts Festival with the world premiere of Rules of the Game, with choreography by Bokaer, visuals by Arsham and music by Williams, played live by the DSO and arranged by David Campbell, on May 17 at Winspear Opera House. The evening also includes two of Bokaer’s previous works with Arsham: Why Patterns and RECESS. After the Dallas performance the show will tour to several destinations.

Bokaer, an accomplished choreographer and creator of 57 works, is a John Simon Guggenheim Memorial Fellow in Choreography, a United States Artists Fellow (Ford Foundation), a NYU Center for Ballet Arts Fellow, and a Civitella Ranieri Fellow in Italy. His work has been seen throughout venues in Europe and the United States, including two seasons at Jacob’s Pillow Dance Festival, the Festival d’Avignon in France, Théâtre de la Cité Internationale in Paris with the Hermès Foundation, the BAM Next Wave Festival, for which he was commissioned for the inauguration of BAM Fisher, and the Festival di Spoleto. In Houston, his work has been presented by the University of Houston Cynthia Woods Mitchell Center, Asia Society Texas Center and DiverseWorks.

Bokaer visited with Arts +Culture Texas editor in chief Nancy Wozny on the new work and his first show in Dallas.

I’m delighted to see that Rules of the Game includes Daniel Arsham. I have always thought that the two of you possess a rare synergy. Daniel has such a sense of movement and you have a remarkable affinity for materials. How do you see your chemistry?

Daniel and I have been working together for almost ten years now. He is my longest collaborator next to Robert Wilson – and therefore the chemistry is very evolved, and polyvalent. We have been taking different artistic paths, and have matured our own crafts separately, but always remain connected. We both work with different collaborators sometimes. But somehow, we stay in a constant conversation. And after all these years, we have developed such a specific vocabulary that I think we understand each other very naturally. The chemistry could be compared to brothers, maybe.

How does adding in Pharrell Williams change that energy?

If I’m not mistaken, Pharrell Williams is among the three largest producers of music on the planet – so this represents quite an opportunity, and a great deal of electricity. This composer has given a huge gift to dance, by deciding to compose for our medium. We had some very authentic and creative sessions altogether. Our last session was seven hours long, and I think we all forgot to eat, or hydrate, we were so engaged. During those precious moments, we have to focus on the artistic, and the energy is very explosive. We are all excited about the music and the challenge that this hybrid production has to offer. I also work very closely with David Campbell, who is arranging the score for an orchestra. He will also conduct the Dallas Symphony Orchestra who will interpret Pharrell’s composition for the first time.

Williams’ score is a very different direction musically for you. Talk about that shift.

Musically, it is becoming very fascinating right now, because David Campbell is adding melodic and rhythmic layers onto the original score. It has been dynamic for the dancers, and for all involved, to follow the evolution of this score. My first residency was with the eight dancers that are going to interpret Rules Of The Game: Albert Drake, Laura Gutierrez, James Koroni, Callie Lyons, James McGinn, Szabi Pataki, Sara Procopio, and Betti Rollo. This was in October, 2015. At that time, we all worked on the original raw files that Pharrell had composed; now we are working on a more arranged version so the dancers are also exploring further and adding subtleties to the main phrases.

Daniel’s visuals are stunning and seem so attuned to the choreography. Is there much back and forth about the actual content?

We had early conversations about this specific work. More than ever before, I have let Daniel explore freely – in part because video is a new means of expression for his practice. But of course we are in constant conversation. He has attended some of the rehearsal sessions I have with my dancers, which is always very special, and I also go on set or to his studio to see the advancement of the work quite regularly. Daniel also closely follows the evolution of the choreography so he can define more precisely his own gestures for visual art.

I am overjoyed to see two Texans in the mix: Albert Drake and Laura Gutierrez. Why was that an important choice for you?

Two of them are Texan indeed, Albert and Laura. In the case of Laura, one of my favorite dancers in America, it was a natural decision because she’s been such a consistent collaborator (and fierce interpreter of the work) since 2012. I was also a teacher of hers as early back as 2008, and so there’s a nice emotional bond together. You’re right, it’s funny that two of the eight dancers are involved in Rules Of The Game are from Texas – and why not? The state does so much for the arts, and deserves credit for it.

Albert was a real revelation though. I was introduced to his dancing by my colleague Charles Santos, who runs TITAS, who I see as an important national presenting voice for dance. What’s special about Albert is that he can make himself honestly at home in almost any movement vocabulary. His fluidity of the spine, ease with floor work, and strong physicality are a great fit for my work. He’s also a team player, which works very well with such a mature group of people.

I often find that your dancers’ deep individuality makes a mark on your work.

Yes, each of these eight performers have their own signature – which I think makes a performance more rich to watch. And because of my own background, I think about the dance diversity dialogue slightly different if I can say so. We have colleagues with Iranian, Mexican, African-American, Hungarian, Italian heritages onstage. Maybe my own mixed / North African background makes me see things just a bit differently – but really I’m always looking at very individual people, and very individual gifts.

This is your first performance in Dallas. Thoughts?

There’s always so much to look at in your work in that there are choices for our attention. Do you consciously think about that or is that something I am imposing on your work?

Yes, the different elements always spar with each other in my work, you’re definitely right about that. I indeed have to be aware of many different elements: the music, the movement, the costumes, the visuals – and increasingly the lighting design is a major component of how we invite audiences to see our work. All those parameters are creating the overall atmosphere of the piece, or, the visual decision making that an audience is asked to make. I think you’re right. Collaborations are always delicate – so they’re chosen and balanced with great care.

Gives us a glimpse of the other two works on the program.

We are presenting two other repertory works that are also connected to Daniel. Why Patterns was designed by SNARKITECTURE, a design firm created by Daniel Arsham and Alex Mustonen, with music by Morton Feldman, and ARP. The other work is called RECESS, was also designed by Daniel Arsham. During the piece we revise the history of the dancing figure; concepts of art and architecture; as well as notions of theatrical representation and performance. New this time, for Dallas, will be a score for RECESS, by my friend Stavros Gasparatos.