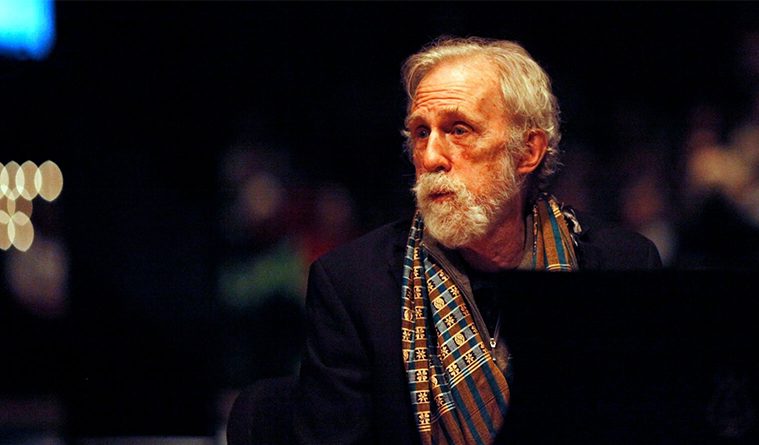 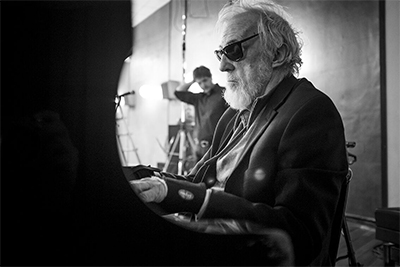 Nameless Sound presents Ran Blake in a free concert on Jan. 7, 2017 at 5pm under James Turrell’s Skyspace at The Live Oak Friends Meeting House, with a second set performed with Turrell’s Night Piece.

Blake is often portrayed as a lonely, solitary figure, and in some ways he is. He professes to spending hours cooped up with Film Noir films, he’s released more than 20 solo albums from this Film Noir perspective. His practice and pedagogy is centered on the time you spend alone with music, listening intensely and repeatedly to internalize music that you love. His playing is reflective, thoughtful, and lyrical– his playing “sings.” This comes from his special relationship to singers, he is a master accompanist. At his classes at the New England Conservatory’s Third Stream Improvisation Department, students start off by singing Billie Holiday. But this aloneness isn’t really all that alone, it’s a dialogue with the past, a way of seriously studying music, so that we are legitimately prepared to respond to it in a personal way and move toward our own “style.”

I was introduced to Blake, not through by his music, but by his book, The Primacy of Ear. This book, which stresses the previously mentioned listening, singing, and internalization of music, had a major impact on my life. In the deepest rut, having lost my faith my own ability to play or contribute anything musically, I did what he said. I began to enjoy music again. I got better at the guitar.

When I spoke to Blake on the phone about his upcoming Nameless Sound show at the Live Oak Friends Meeting House, I mentioned the book. He was amazed that I’d been able to find his book (I don’t think he shops on Amazon). He was overjoyed that it helped at least one person out and hopes it just might help out others too. This and some other things didn’t make it into the interview, because a conversation with Blake overflows with ideas and points and times. Every point in history connects with another point in history and another artist, every artist brings out five more artists, and so on and so on.

Most questions about him were answered with expressions of his admiration for other musicians. He’s someone who has spent his life really listening to everything around him, holding every note as if it was (and is) the most important note. For someone portrayed as quiet, he sure is “dialogic,” verbally and musically. His playing is a dialogue with the past, but speaks completely in the present. Like he says below, “my life is full,” and so too is his music. He says, “I have to put everything into my concert,” and I think he’s put everything into everything he’s ever done. 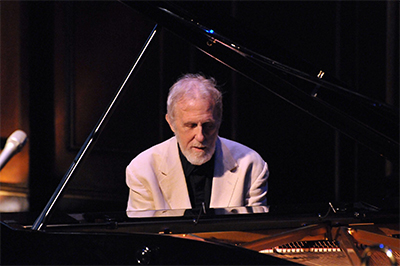 An excerpt of our phone conversation follows.

Ran Blake: I’m very excited to come to your city. Do you know Eden McAdam? She’s from Houston. And what about Jason Moran? He went to high school there, and he’s on our faculty at the New England Conservatory! And Eden is the co-chair of our Contemporary Third Stream Improvisation department. It’ll so exciting going to Houston.

Joe Wozny: When was the last time you were in Houston?

RB: I think it was in the mid-seventies. I recruited a young vocalist Laurie Reynolds, but I never seem to stay more than a day or two, so I don’t really know the heartbeat of the city or the restaurants or the parks. I know you’ve got wonderful medical facilities and you had some striking skyscrapers in the 70’s, so it will be so good to come back. I’m so excited! I’m going to be playing an early set while the sun sets. Maybe some songs Abbey Lincoln made famous. There’ll be an evening set too— I guess we’ll be able to look at the sky, won’t we?

JW: Are you familiar with James Turrell? Have you been to any of the Skyspaces before? It’s a great space to hear music in. At the one at Rice University, Nameless Sound brought cellist Charles Curtis and composer Michael Pisaro there. Do you know them?

RB: Well, I loved the 10 inch LP, that was my favorite. I can remember Stan Kenton, Mahalia Jackson, Chris Connor, Thelonious — my favorite pianist — and then CDs were longer and now it’s all on the internet, all the Spotify’s and stuff. I guess they’re good, but you really don’t get a sense of history or depth. I’m not very computer savvy.

JW: Yeah for my generation I guess it’s different. We can download a Mal Waldron discography with all his albums in a few hours. And then you can devour all of those albums over the course of a few weeks. It’s weird, it’s definitely a different type of listening.

JW: I consider myself a fan.

RB: Well maybe I’ll have to play “Straight Ahead” or “Soul Eyes.” I just love some of his ballads. He’s just a terrific composer. He wrote “Left Alone” with Billie Holiday. Do you have a favorite Mal Waldron record?

JW: The concerts with Steve Lacy are actually my favorite, but probably just because they were the first records of his I ever heard, you know how that works. They’re from the 80’s, I think. Fantastic.

RB: I don’t know those records so well, but Steve and Mal, they’re both wonderful. Mal would always beat me in chess. I just remember going to St. Albans Queens for my weekly lesson with him. I was waiting tables, I met Max Roach — those years of New York City! 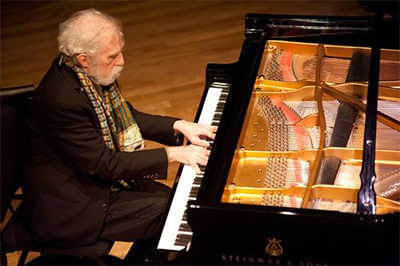 Photo by Will Panich.

JW: So when was this—when you were taking lessons with Mal and meeting Max Roach and all these people?

RB: I went to Lenox School of Jazz. In 57’ I was a student at Bard College, and there I met Max, Oscar Peterson, John Lewis. John— he liked my music moderately, but not too much. But Oscar Peterson liked me, who has this nonstop —I mean I have my own technique —but he has this non-stop virtuostic speed thing, but he was great and I worked with him and I got a job at Atlantic Records. Then I moved to New York into a boarding house— I was right near Harlem. I remember seeing Aretha Franklin at Vanguard. During 1960, I waited tables and I got to know Thelonious Monk, Gunter Schuller, who was my Teacher, Bill Russo with the Kenton Orchestra… Mal — two lessons a year with Mary Lou Williams, and I never studied with Horace Silver, but I could go hear him. It was so exciting.

I passed The Bitter End of Bleecker Street. I heard a young folk singer who seemed a little off key. Later I knew him as Bob Dylan! It was so exciting to hear Mingus. I heard Count Basie, but never met him— met Billie Holiday once, Ella once. To be in the history, but also to meet people like Xenakis, the Greek composer of the avant-garde. To be in Athens during the military coup— in Paris during the protests.

I’ve now slowed down a little bit, but I have had such an exciting life. I wonder how I’ll find Houston in my three days.

JW: I actually wanted to ask you about Jeanne Lee, and about singers in general. Over the last couple months I keep seeing this video on Facebook. You’re playing piano and she’s singing “All About Ronnie.” It’s so great, I must have watched it a million times now.

RB: I didn’t know that was on video! My favorite singer is Chris Connor, do you know her? Nobody knows her anymore. She made that song famous with Stan Kenton.

JW: How do you divide your time between teaching, practicing and giving concerts?

RB: In the summer and on the holidays I do three hours of concentrated listening. Aaron [Ran’s assistant, a trombonist] devised a thing called an aural cocktail: it might be one Mal Waldron, one Messiaen, one this or that — something that I know already, and then a challenge or something outside of my comfort zone. I think of my music in forms of love, anger, fear, and rage.

With my teaching I want people to — beyond their getting to know the instrument — just really show them what are the challenges of the ear? What is the basic repertoire?

At my age you have to be careful with your time. I really wish I could keep up more with music now, but I’ve got to keep renewing my friendship with people of the past.

My real interest is Film Noir: Fritz Lang, Alfred Hitchcock, and my favorite director is Claude Chabrol— his movie Le Boucher is such a masterpiece. He used to be called the Alfred Hitchcock of France, but his films had much more depth. He just died two years ago. That was my most recent CD actually. So I spend a lot of my time with that: Film Noir, and then having someone bring me a good dinner.

My life is full.

I bet with three days in Texas I won’t even be able to go out to a gospel church or clubs at night. I just have to put everything into my concert, I need to be in the city for a week to absorb it. I know we don’t have that much time, but maybe if I ever come back to Houston I’d like to bring my favorite film scenes and do music for them. But for this show I’ll be looking at the sky, the moon and the stars, playing for them.

I’ll probably do one free thing on something, even if I go back to Porgy and Bess later.

It’s nice talking to you, thank you for your interest in not only my music, but the music of Dave Burrell, Mal Waldron, Mingus…