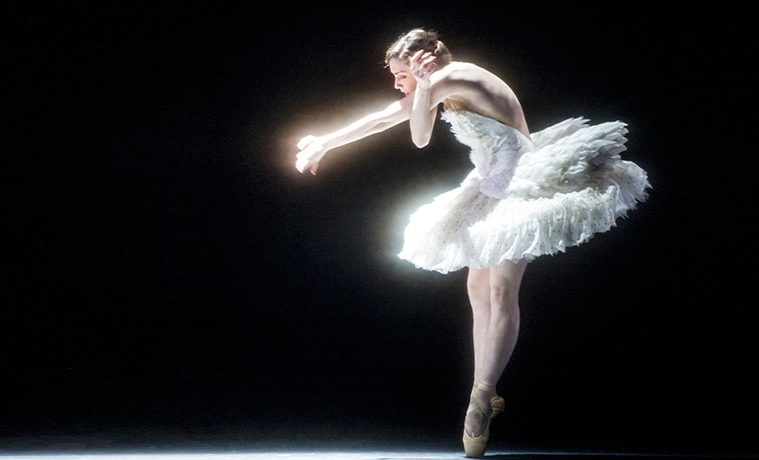 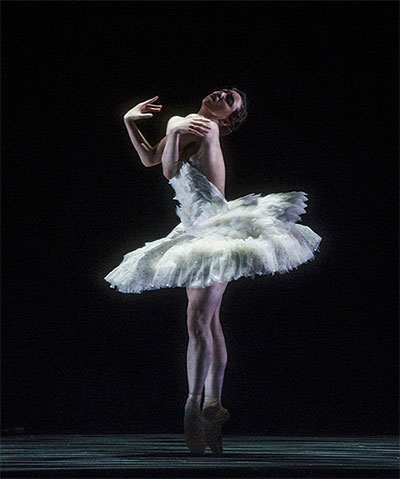 When I witnessed Samantha Lynch catapulting across the stage at Houston Ballet in Jiri Kylián’s ode to the power of the sea, Forgotten Land, I knew she was going places. I just didn’t know the place was Oslo Norway, where she is currently dancing with the Norwegian National Ballet.

I did manage to chronicle the Australian wonder in a Dance Magazine On the Rise column before she headed to parts further North and East. Lynch’s dancing in Forgotten Land and other ballets was outstanding. Using every inch of her 6′ frame to curl, recoil, and explode, Lynch conjured her own brand of a tsunami in Forgotten Land. “I felt this constant fire going up my spine as I danced,” Lynch told me about the experience.

Now for the good news: the fire is back. Lynch returns to Houston to perform with Norwegian National Ballet in Daniel Proietto’s Cygne as part of the Dance Salad Festival, April 17-19 at Wortham Center.

Proietto is a dancer at Norwegian National Ballet. Cygne features a score by Olga Wojciechowskasung by boy soprano Andreas Augustinius, who also appears on stage with Lynch. Proietto and Wojciechowska are both Salad veterans: Proietto danced in Sidi Larbi Cherkaoui’s Faun in 2011, and Wojciechowska co-composed a score and played an electronic violin in Cherkaoui’s Petrus (Out of PUZ/ZLE) in 2013. 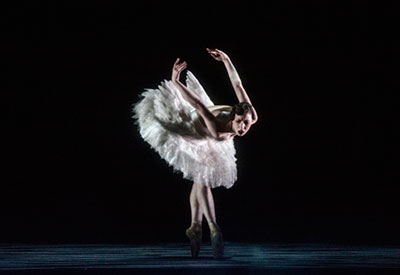 Born in Argentina, Proietto joined Ballet de Santiago in Chile at the age of 16, later dancing in companies such as Teatro Argentino, Teatro San Martin, Carte Blanche. In 2013, he joined the Norwegian National Ballet as a dancer and choreographer. An award-winning dancer, Proietto has been an important contributor to the works of Russell Maliphant, Cherkaoui and Ina Christel Johannessen.

Proietto drew his inspiration for Cygne from legendary Anna Pavlova’s in The Dying Swan, filmed in the 1920’s. “I’m fascinated with how ballet looked in the past,” says Proietto. “The extravagant, sculptural, expressive, and extremely musical style from older eras are sadly gone. I wanted to create Cygne not just as an homage to Pavlova, Fokine and the great artists who invented the paths we follow in dance today, but as a resurrection of the way they danced and choreographed.”

Lynch made the perfect raw material for Proietto. With her robust attack,  statuesque presence, and convincing acting skills, Lynch is always exciting to watch. Proietto thinks too. 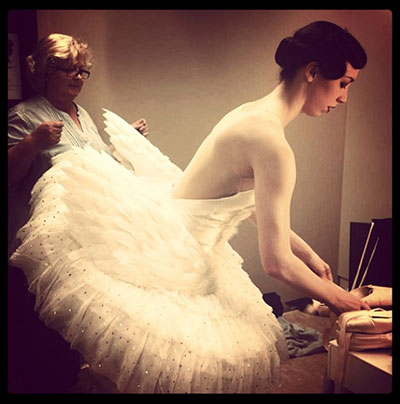 “Sam belongs in the golden era of ballet. She exudes Ballet Ruses and she has the look of a silent movie star; she understands the infinity, the eternal movement, the adage, the continuity, the sequencing, the transitions and the softness in an incredible way,” says Proietto. “Sam dances with such a generosity; she opens her heart to us like a best friend or an old lover. She elevates my work to the greatest way it can possibly be performed. I trust her blindly.”

The ballet marks a pivot point in Lynch’s career. “Cygne is a piece I feel extremely lucky to dance,” says Lynch, who is thrilled to be back on her former home turf. “Daniel is a genius. The music is hypnotic and the costume is alsoincredible. It’s a work with a unique fragility and strength and while it’s incredibly challenging it feels almost at times like you are floating in your own sort of euphoric world. Beautifully dramatic, but in it’s own special way.”

Maggie Foyer, senior dance critic of Dance Europe, raves, “Proietto, now wearing his choreographer’s hat, went to the source for his twenty-first century Cygne. Flickering monochrome images à la Pavlova foregrounding the dancer who bourrees on a dimly lit stage wearing a reconstruction of the original feathery tutu. Proietto, searching for the soul of the work, has created an intriguing and very moving solo. The choreography hovers on the knife-edge between the exquisite and the grotesque, capturing both the diva and the death.” 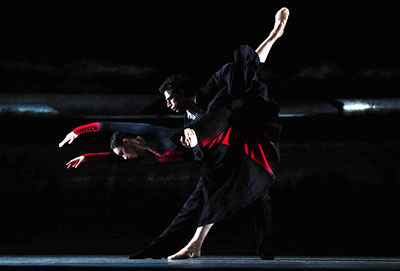 During her time in Houston, Lynch was a treasured member of the dance community. Her devoted fans will rejoice in her return. “Coming back to Houston is really exciting,” she says. “I get to share with special friends what I’ve been learning and creating over the past year. I feel very honored to represent the Norwegian National Ballet at Dance Salad, and proud to come back to my dance home and share my dancing again. I’m still the same, maybe a little more comfortable in my own skin.”