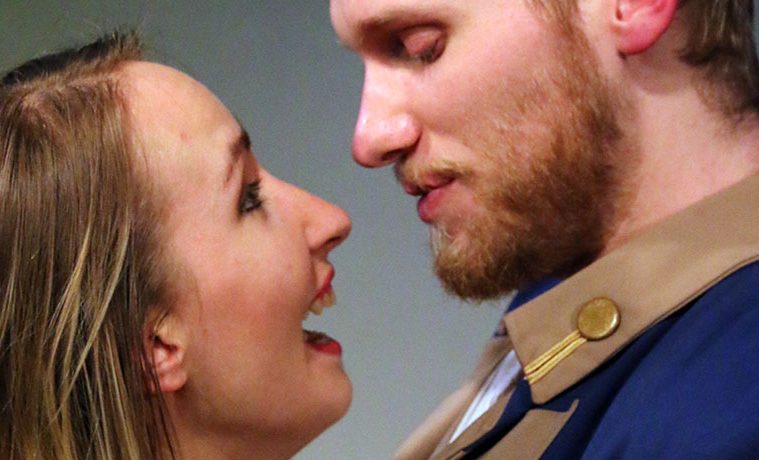 IMAGE ABOVE:  Anastasia Munoz and Nick Moore in the Stage West production of Sarah Ruhl’s Orlando. Photo by Buddy Myers. 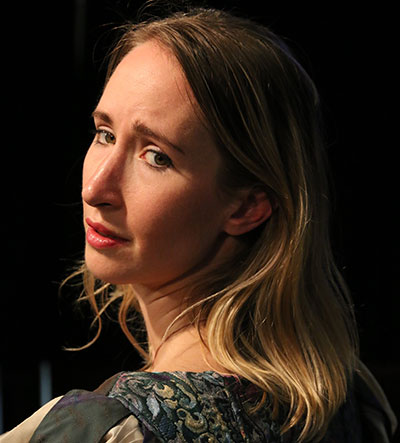 Dallas native Anastasia Munoz plays Orlando in Sarah Ruhl’s adaptation of the Virginia Wolf novel of the same name, running through May 4 at Stage West in Fort Worth. This is her second go at title role in a Ruhl play, the first being Eurydice at Undermain Theatre in 2008.

Munoz received a BA in Theater Arts at the University of Alabama. For the past eight years, she has been working  professionally as an actor, choreographer, producer, director, costume designer, and teaching artist. She has performed with the Dallas Theater Center, Casa Mañana, Dallas Children’s Theater, Theatre Three, Shakespeare Dallas, Stage West, Ochre House, Second Thought Theatre, and Drama Club. Munoz visited with A + C TX editor in chief Nancy Wozny about Orlando, Ruhl and acting in North Texas.

Arts + Culture TX: Let’s get right to Orlando, Sarah Ruhl’s most fantastical play yet. Did you go through a Virginia Wolf stage or have any connection to the source material?

Anastasia Munoz: Actually, I did not have any connection to the source material before the auditions. I spent a few months in New York recently and purchased a copy of the play, mostly because I love Sarah Ruhl and Orlando was paired with her adaptation of Three Sisters. When I returned to DFW, I saw Stage West was auditioning for this play. I read it, and fell in love. I asked my director if I should try to read the novel as we went through rehearsals and he told me to wait. Ruhl’s text is my story. Her style and poetry sing, mixed with the powerhouse that is Virginia Woolf. I’m honored to breathe these words. 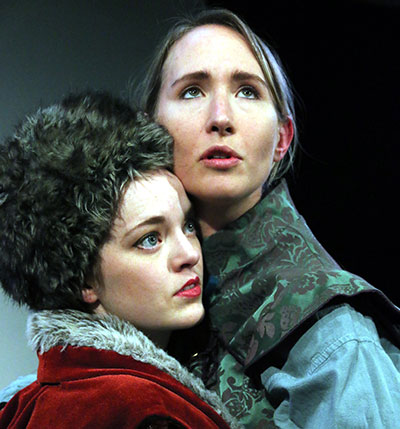 A + C: You already had a chance to breathe in some Ruhl during your time at Undermain in Eurydice. How would you describe the joy and challenge of her work?

AM: Ruhl’s words flow in a very poetic way on the page. She has a gift for coloring her words to create fantastical images that don’t necessarily exist or come to mind when trying to describe an event to someone. These combinations elicit emotions and stir the imagination.

AM: As an actor, the challenge is making these words sound truthful and organic, coming from your own mind in the moment. Her language is heightened. It makes your life heightened. And in that lies the joy. I get to speak in poetry. These words are full of melancholy, wonder, curiosity, dimension.

A + C: You get to be a time traveler and play both genders.

AM: Yes, Orlando is such a dream role because as an actor you get to play both male and female and travel through some of the best centuries. The play moves quickly, so it’s always a challenge to remember correct posturing. Keep your legs together, keep your legs apart. That’s not a period gesture. But keeping note of those small movements helps immensely in placing me in the right mindset quickly. My favorite part of time traveling is the costuming. I get to play dress up across the ages. Michael Robinson is our costume designer and he has done an incredible job of helping us tell the story of leaping centuries through costume changes. In short, I feel like the luckiest actor on the planet. I get to play five dream roles in one. 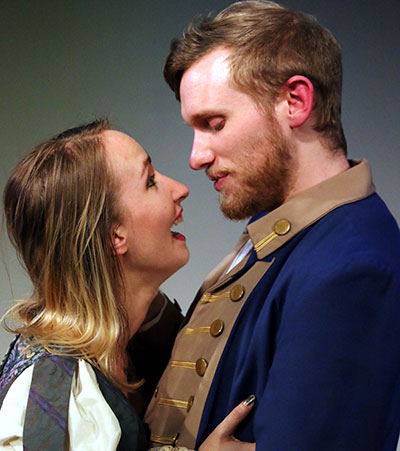 A + C: How has North Texas been a good place to grow your work as an actor?

AM: I graduated from the University of Alabama and had the privilege of returning home to Dallas, an active arts community, when I graduated. Many of my friends from school couldn’t go home to a community like that so they moved straight to the big city. Working as an actor here did not come easy at first. I paid my dues. I worked backstage, behind the scenes, got to know people in the community. Then, slowly but surely, I started booking acting work. Within a few years, I realized I was a working actor, and not only an actor, I had gained the skills to work in many ways in the professional theater world. And now, I feel as though I am a part of making theater happen here. My friends are creating new daring, dangerous work. This arts community is growing and we are all a part of it. Actors, writers, directors, producers, patrons.

A + C: If you could change one thing about the climate for working actors there, what would that be?

AM: It is obvious that Dallas wants to build and cultivate the performing arts by evidence of our ever blossoming Arts District downtown. My hope is that this support will continue to spread, so smaller companies can grow, actors can be paid fairly for their time, and ticket prices can be kept affordable so new exciting local theater can be accessible to everyone in our community. 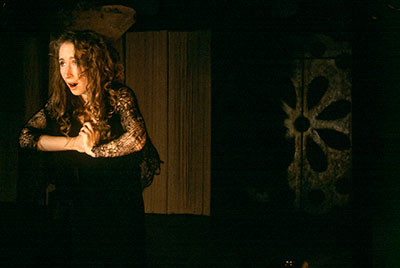 A + C: Do you have any advice for a new actor moving to NTX?

AM: North Texas is such an incredible place to begin your acting career. There are so many opportunities out there and more popping up everyday. The cost of living here is manageable, so you can afford to have a day job and still pursue your dreams. My advice is to be willing to do whatever you can for a theater company you love. Do not ever get stuck in saying you are just an actor. A true actor can do anything. And a company is looking for a young actor like that. The best way to find out what theater company you love is to go to the theater. See as many shows as possible. Go to opening night. You will meet the right people there. Stay positive. Work hard. Oh yeah, and audition. Audition for everything. 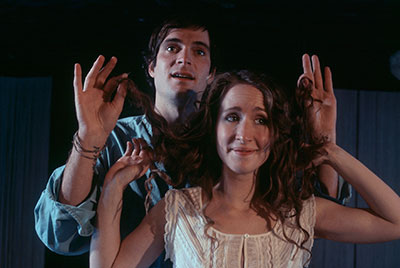 A + C:  That’s terrific advice! What’s on your bucket list when it comes to roles?

AM: I am in love with the classics. For a very long time, I would have told you that Juliet was my dream role. However, I can confidently say I do not mourn not having played her as a young woman. Now, I cannot wait for Beatrice, Kate, Lady McB. Then aside from Shakespeare, I would love to play anything Ms. Ruhl would like.