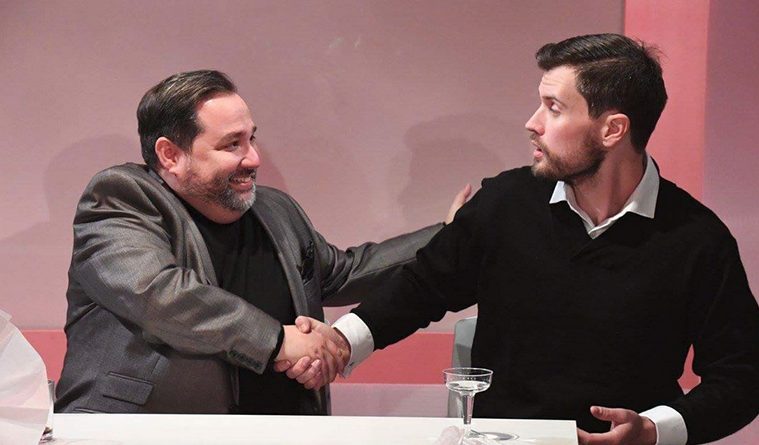 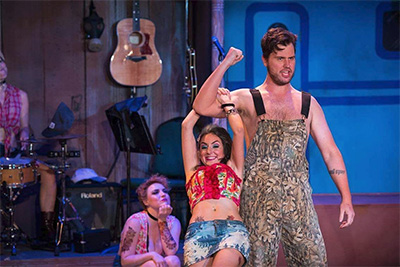 Ian Mead Moore is an actor, singer, and voiceover artist who has been working in Dallas since 2010. As an actor/singer Moore has appeared at Imprint Theatreworks, Theatre Three, Pocket Sandwich Theater, Uptown Players, Shakespeare Dallas, Lyric Stage, Contemporary Theatre of Dallas, and Wingspan Theatre Company, along with voiceover credits on dozens of FUNimation anime titles. He also writes and records on rhythm guitar and vocals with local alt-rock outfit Speedbreak. He visited with A +C editor Nancy Wozny about his life as a working actor in North Texas.

What brought you to Dallas?

I was living in Little Rock, Arkansas, where I’m originally from, after college. My boss at my “survival job” knew of an opening down in Dallas. He had always been a huge supporter of my want and need to perform, but knew I needed a larger market. Truth be told, Dallas was low on my list of theater towns; I had no idea there was such a thriving market for artists here.

Thanks for your honesty. Lots of people in Texas have no idea what a thriving theater scene exists in Dallas. Can you tell us about your first experience on a Dallas stage?

It was 2010, I had just landed in town; I knew exactly two people here, a married couple who knew nothing about the theater scene here. So I started Googling “theaters in Dallas.” I was pretty shocked to find dozens and dozens of them. I noticed a little theater in Lewisville (Greater Lewisville Community Theater) had just recently held auditions for Jekyll & Hyde, which I’d done the summer before. I knew the logistics of casting often mean male-heavy shows like that are lacking in, uh, males, even after initial auditions. I emailed the director (Sharon Veselic, dear woman) my resume. She told me to show up for music rehearsal. The music director (John Norine, Jr.) said, “What do you sing?” “Lyric baritone.” “Cool, you’ll be singing the solo at measure [whatever].” And that was it. The show was fine, and I still count a surprising amount of people in that company as friends to this day. I so cherished making new partners to share this love I have. That’s probably not the answer you were looking for, but it’ll make sense later. 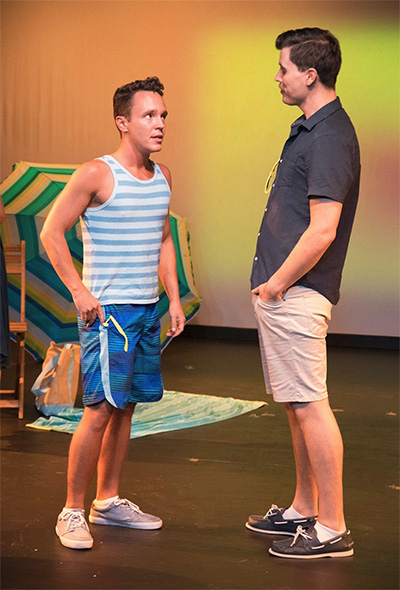 That was exactly the answer that I was looking for. When did you know that Dallas was a place to grow some theater roots?

It’s official. You are a Texan. It’s always about the people here. But, how so? Let’s get to the details.

The people and the opportunities they create. Dallas has often been described as a city in search of an identity. While I can see that possibility, after nearly eight years I’d characterize it suffers from an abundance of ideas and not enough time in the day to carry them off. There’s tech here, but it’s not just a tech town. There’s a live music scene, but it’s fairly humble and close knit. There’s oil money, but many of its beneficiaries choose to hide it under a bushel by giving millions and millions to arts organizations. Particularly in the first couple of years I was here, it seemed like every week I was meeting some brilliant actor or dancer or pianist who showed me just how much talent and drive was hiding behind nondescript storefronts or blasting out a perfect Valjean at a piano in some Carrollton home.

Yes, there is so much talent hidden in Texas corners, but let’s get back to you. Tell us about a transformative role?

I’m going to cheat and put two. A transformative role would have to be playing Willie Conklin in Ragtime with Uptown Players and the Turtle Creek Chorale. The director (Michael Serecchia) liked some work I did in a show he directed a couple years prior and thought I could bring some truth to this vile figure; I suppose I did ok, that was over five years ago and many people still remember it as the first time they “saw” (remembered) me in a role.

A transformative experience would also be a rather ill-fated production of Sweeney Todd in 2012. Among other trials, a bare electrical wire rendered the top half of our set unusable on opening night. But (returning to the running theme I’ve got going here) rehearsing and performing that show was the first time I felt like I really “belonged” in Dallas theater. Directly before it, I was terribly lonely and dispirited, I felt like I wasn’t making any headway, and was seriously considering leaving town; but that show and the deep and loving friendships I formed doing it was definitely the watershed that convinced me to stick it out a bit longer.

Back to the people again! Theater is a group thing. We experience it as part of a community. You have performed in so many Dallas theater companies. Is there one place that feels like home, or are you more of a nomad?

The first one that popped into my head was Theatre Three, so I’m going to go with that. Each show I’ve done there has been both a surprise and totally different from each other, but I always walk in there feeling comfortable with the place, and walk out feeling even more assured as a performer. Plus, there’s a pretty sweet taco joint within arms length.

Aha! More proof that you are a Texan with your taco proximity radar. Moving on, you are also a working musician. How does that work with your life as an actor?

This is such an oddly pertinent question at this stage in my life. The honest answer is that it’s working great for theater stuff lately. The odd part of that is that it’s something I never expected to work for me like this. The way I described it to someone is: it’s as if I struggled fruitlessly for nearly a decade working on my abs and glutes and other muscle things to become a fitness model, then one day got a different haircut and the phone started ringing. I’m like…this old thing? Nothing’s changed! But, yes, certainly, I will take the job. And so I did more, and improved my skills, and people saw, so I get to do more. I never thought working with my band on vocal arrangements combined with my experience in musicals would lead me to music directing, but here we are.

What advice would you give to a young actor moving to Dallas?

Take classes. All of them. But mostly voice and dance; those are your entrè to theater here if you don’t already have connections. Type yourself properly and don’t burn yourself with directors too quickly if your skills aren’t developed (speaking from personal experience here). Get on the audition mailing lists and go see some shows. Talk to people and see what there is a need for and if you could maybe offer it to them, now or in the future. Find a mentor who works plenty and learn from them. And most of all, take a little Dale Carnegie: taking a genuine interest in other people is better than any vague, superficial “networking.”

Tell us what you are working on in the near future.

I’m working on writing some plot-driven music for a play a friend of mine is writing. It’s about intellectual property, but like, in a totally genre-spanning and dramatic manner. I’m also working on a play of my own I’ve picked up and set down over the last few years. I know how it ends, I just have to stitch it all together. My band Speedbreak is putting the finishing touches on our demo and continuing to play gigs around DFW. I have something going on later in the year but am under a strict gag order. I can tell you it’s going to be a big deal though (for Dallas, that is). Other than that, just every actor’s main job. Audition, audition, audition.

When that gag order is lifted can you promise to get back to us on the project? Until then, what’s your dream role?

I can totally see you as Bobby. I can hear the first few notes of “Being Alive” right now. Judas, not so much. What else?

If the stars align and some theater builds a production around me, Marius in Les Miserables. It’ll have to happen before I’m too old and fat and they’ll need a 6’8” Valjean to drag me around the sewers, but…it could happen.