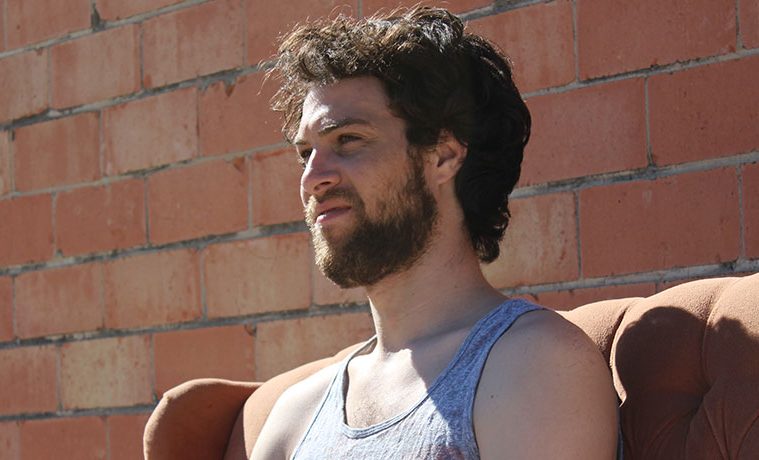 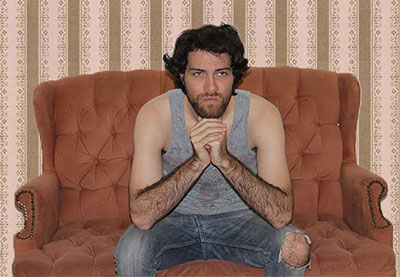 If you have run into Black Lab Theatre’s artistic director and founder Jordan Jaffe you might notice that he looks a bit like he’s been on the road. Jaffe now sports a distinctly more free range look in preparation to play Leo, opposite Waltrudis Buck (Wall Street), who plays Vera, his lefty grandmother in the regional premiere of Amy Herzog’s 4000 Miles, Feb. 28-March 16 at Frenetic Theater. Jaffe visited with A + C Editor in Chief Nancy Wozny on being Leo, his granny and his big dreams for Black Lab.

Arts + Culture TX: Herzog’s 4000 Miles is one of the most produced plays in the US this year, although I can’t find another production in Texas. How did come across this play, and how did you know it was the right fit for Black Lab?

Jordan Jaffe: I try to read everything and try to keep my fingers on the pulse of what’s going on in theater nationally. 4000 Miles first caught my eye when it got picked up for a second Off-Broadway run at Lincoln Center in New York. I knew I wanted to bring the play to Houston as I was reading it.

JJ: What I like about this play is its power to unite generations more so than any other play I have ever read. That’s why it’s being done all over the country. My hope is young adults, my parents’ generation, and my grandparents’ generation will all identify with the characters in this play and enjoy the production together.

A + C: You mention that the story hit home for you. So, you have a lefty granny?

JJ: I studied theater and lived in New York City for a little bit, and during that time I would occasionally pop up to Boston on a weekend to visit my grandmother. She grew up in Kennedy country and yes, she was very liberal.  It was really enlightening to spend time with her, just the two of us—adult to adult—versus as a child with the rest of my family. Like in any family, there were moments when the two of us didn’t see eye to eye. I could also be a little sarcastic from time to time, and the phrase, “Jordan, don’t be fresh with me” will be forever burned into my skull. However, I’m really glad I got the chance to get to know her as a person, once I was mature enough to appreciate her life experiences, which is something I didn’t really get the chance to do with my other grandparents.

A + C:   Sounds like a play loaded with meaning for you.

JJ: When I read 4000 Miles, it really resonated with me and reminded me of the time I got snowed in and spent a week with her. I could really see her through adult eyes after that, and see her more for who she really was as an individual and not her identity as just my grandmother. Doing this play also took on even greater meaning as she passed away just a few months ago. There are really great lessons in this play like how we need to put down our smart phones and really connect with each other, and that it’s important to cherish our time together. My grandmother passed away a few days after Thanksgiving, and I regret the moments I spent looking at my phone and not talking with her especially as I didn’t realize it would be the last time I would see her. So this play is for you, Lois.

A + C: Losing a grandparent is one notch toward full-fledged adulthood.  Speaking of which, you are playing Leo, the male lead, who is not quite there yet. Did you pick this play so you could play this part?

JJ: I make no secret of the fact that a part of the motivation to form Black Lab Theatre was both to bring the plays that I wanted to see to Houston as well as to select projects that appeal to me as a creative artist. I have a responsibility as producer/artistic director to make sure great plays like Chinglish are done in Houston, whether they have a creative role for me or not. But for 4000 Miles, I have to admit that I read the play and said to myself, “I really want to play Leo.”

A + C: How do you get to sink your teeth into this role?

JJ: First and foremost, Herzog gives you a lot to play with. It’s a wonderful script, filled with so many brilliant subtle moments, from touching to down right funny. Leo is a very rich role. We have common ground in that I can relate a lot to bouncing around the country trying to find your place in the world, but that’s probably where our similarities end. Leo is a radical, almost out of place in the 2010’s. He doesn’t have a cell phone or computer. He is an outspoken advocate for the environment, he bikes, and he doesn’t eat meat. I can sum up our differences by simply pointing out that I drive a pick up truck and love steak. But playing characters who do not resemble you can be the most rewarding artistically. What I like about Leo is that he is sincere and he doesn’t make excuses about his shortcomings or his less conventional choices. We have that in common, too.

A + C: You seem to pick plays that address millennial matters.

JJ: As a young artistic director, I have both a unique opportunity and an important responsibility to engage my generation in the world of theater. With rising digital media and technology, I don’t see theater’s place in our cultural landscape guaranteed unless people in my position really make an effort to get young people to the theater.

A + C: So your generation could kill theater? How do you intend to prevent that?

JJ: The way I intend to do that is through programming and fun-related events like parties. Many traditional theaters that have been around for multiple generations tend to form “young professionals groups”, but to me those theaters are saying, “We’re not necessarily catering to or picking plays for you, but we do have this group you can join. 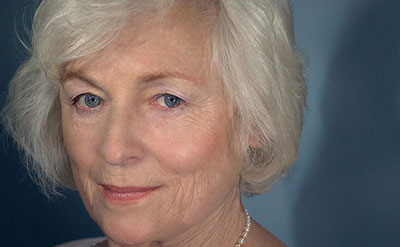 A + C: How did you convince Waltrudis Buck to come to Houston and do this play?

JJ: It’s a rich leading role in a great play. Plus, I promised the weather would be a million times nicer in February and March in Houston than in New York.

JJ: I make it a personal mission to try and provide as many opportunities for local artists as I can, but on occasion, I think it’s exciting to bring into the mix an artist with extensive experience with a special role or in broader markets. Waltrudis and Vivian Chiu, who starred in our production of Chinglish last May, are cases in point. Our ability to attract top talent at Black Lab is both a reflection of the high reputation of Houston theater on the national stage, as well as the ambitious work we do, in particular, at Black Lab. Without the outstanding reputations and productions of the theater institutions that came before Black Lab in Houston, maybe it would be a tougher sell. But Houston is known for top-notch premieres and award winning productions. That said, I do take pride in Black Lab Theatre’s own strong reputation for high quality productions. I take it as an honor when I approach top artists, whether they are based in NY or Houston, and they say, “Sign me up!”

A + C: Let’s bring the director Justin Doran into the conversation. How did your paths cross?

JJ: Justin and I first crossed paths at Rice University, where he was one of my theater professors. He’s an incredible professor and a gifted director. The plays he directed at Rice were just so great. When I was thinking about taking a stab at producing professionally around town, I approached him for advice. However, he ended up loving the idea and script I picked out so much that I was able to talk him into directing it. That show was Black Lab’s first professional production, Farragut North, which got the company off to a very hot start. The following fall he directed boom, and 4000 Miles is now on deck. He took a big chance on me with Farragut North, and it’s something that I will never forget. 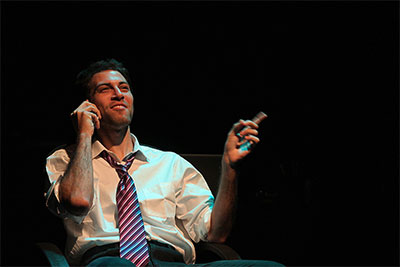 A + C: Black Lab tends to rove. Do you like it that way or do you have your eyes on a permanent home?

JJ: What I like about being itinerant is that Black Lab not limited to the capabilities of one space. But for long term growth and stability, Black Lab Theatre will need a permanent physical theatrical home. With Midtown becoming such an important center for young adult Houstonians, I’m thinking that might be a great neighborhood for a new theater like Black Lab, but I won’t rule out other parts of town.

A + C: I’m glad that you have decided to stay in Texas. We leak talent all the time to such other locales as New York and Los Angeles. What keeps you here?

JJ: I love Houston. Period. It’s convenient, affordable, and a bigger market than people give it credit. I lived in both NY and LA briefly during time off from school. Both cities have “a lot going on”, but they are not nice places to live. I fully admit that I’m biased though as I grew up and have spent the majority of my life in Houston. However, over time, as the price of living goes up and up in places like NY, more and more artists will look elsewhere. There’s no reason cities like Houston can’t attract them as long as we keep the cost of living affordable and grow support for our arts community. 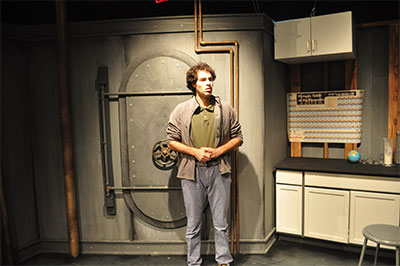 JJ: My hope is that young adults in Houston will rally around Black Lab as their home base for theater. Young patrons enjoy going to different theaters around town, but I want millennials to know that Black Lab is the theater that specifically presents plays that takes their feelings and concerns into account. I want them to tell a friend that experiencing live theater is valuable so they can support it as an art form throughout their lives.