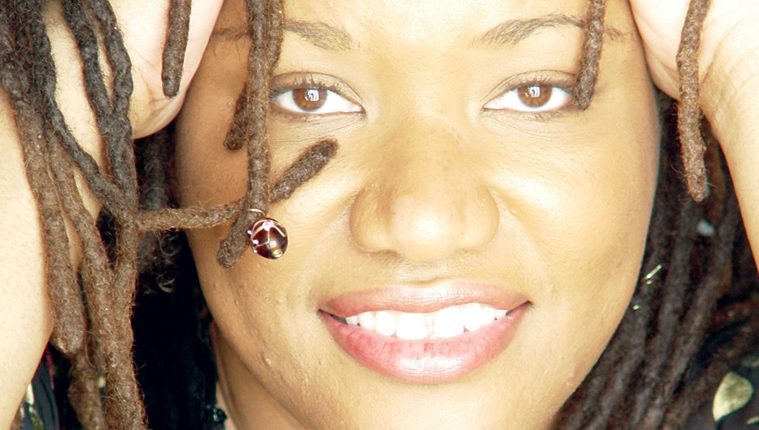 Vocalist Andrea Dawson sings a repertoire that swings from Ella to Aretha to BB King to Tracy Chapman … all in one show on July 12.

Even as they have decided to cancel this year’s Jazz Under the Stars outdoor series, sickness Dallas Museum of Art continues it Thursday night indoor jazz series. This year’s schedule is in full swing with an eclectic line-up of musicians waiting in the wings, help including Dallas pianist-arranger-composer Dave Zoller, whose newest group, Rio!, plays July 19.

“Jazz went global right from the start,” says the Dallas-based jazz legend. “The world took it up and made it its own.”

The new Brazilian-influenced jazz group, Rio!, was started by Zoller and features the multi-language skills of Dallas-based singer Nina Katrina. She speaks, and sings, fluent English, Spanish, and, of course, the Portuguese required by Brazilian music. An interesting sidelight is that she has lent her mellifluous speaking voice doing some international voice-over work, including one job for Nortel Networks, where her voice is the one you hear giving all the phone prompts in their system in Brazil.

The Brazilian influence on jazz really went big in 1959 with the film Black Orpheus. “When we heard the soundtrack, with the works of two Brazilian composers Antônio Carlos Jobim, and Luiz Bonfá, the influence of the Bossa Nova really took hold,” said Zoller in a recent phone interview. “Then Stan Getz jumped in with Jobim’s “Girl from Ipanema” and Brazilian jazz was here to stay.”

This is not the first actual performance of Rio!. The group premiered a few months ago for the Jazz series at the Sammons Center. It worked so well that they decided to continue with this DMA showcase, where museum visitors can wine and dine as they listen to the beat.

Jazz depends on a combination of written arrangements and improvisation. Zoller says that Rio! does both.

“The first gig we played was completely from lead sheets (just the melody and chords), and we will still do some of that. However, now some of my arrangements are written down, but there is lots of space left for individual solo work. But it is all based on Nina and her unique capabilities,” Zoller said, minimizing his own contributions.

Zoller is well known to jazz enthusiasts, both locally and nationally. He has worked as a sideman with other Dallas artists such as Jerry Gary and Don Jacoby, but he has also worked as a pianist and musical director for the likes of trumpeter Al Hirt when he toured and played in venues such as the Hollywood Bowl and Wolf Trap. He also worked with Hirt on his Public Television specials and was the pianist for a number of Hirt’s CDs.

“Working with Jumbo (Hirt) did a lot for my confidence as a player and ultimately led me back to acoustic jazz, my first love,” said Zoller.

As far as putting a group together, Zoller said he has no problem finding fine players here in Dallas. “The level is as good here as anywhere. Dallas can hold its own up against the players in L.A. or New York anytime,” said Zoller. “Not only that, the young players coming up are even better than the generation before them.”

Zoller has released six CDs on the dzp Jazz label that he helped to found in 1993. He also released two CDs with his wife, the singer Genie Grant, who is now deceased. All of these CDs have been well received and critically acclaimed.

It is no surprise that Rio! will be playing at the art museum. Zoller said that he has always seen a connection between art and music. In fact, one of his CDs was deliberately conceived to be like a visiting a museum exhibit as we walks the listener through the music. The cover for the album, The Big Time Sessions, is a wild and energetic painting entitled Bachchanalia by William Halsey, who was a friend of my producer. I didn’t know him.

Halsey was a distinguished artist who is shown in many well-known galleries. He lived in Charlestown, SC until his death in 1999 and was considered to be one of the premier artists of the South’s modernist movement. The painting was a plan B. At first, Zoller wanted to use a Monet that was owned by a well-to-do retired physician. “He owned a bunch of art work and I wanted to use one of his Monet’s. We soon found out that owning the picture is not the same as owning the rights to the picture. So we took a look around and found Bachchanalia,” Zoller said with a laugh. “I did this CD with musicians I have played with for a while in various other contexts. We played most of these tracks at Sambuca in Deep Ellum, which is no longer around, and thought we should record what we did. We had another rehearsal one night and then went into the studio the next day and recorded the whole thing.”

Other summer highlights of the Jazz Under the Stars series at Dallas Museum of Art include the Roger Boykin Trio on July 5. Boykin, nationally recognized multi-instrumentalist, composer, arranger, and soloist, performs with his group. Boykin, a legend on the Dallas jazz scene, has toured with such superstars as Leon Spencer, David “Fathead” Newman and Isaac Hayes.

On July 12 vocalist Andrea Dawson sings a repertoire that swings from Ella to Aretha to BB King to Tracy Chapman … all in one show. Her band offers a mixture of smooth blues and rocking jazz.

On August 2, Marty Grosz, son of artist George Grosz (who’s works are on view at the DMA this summer) takes the stage. Known as today’s foremost jazz rhythm guitarist and chord soloist, Grosz is a brilliant acoustic guitarist whose chordal solos bring back the sound of Carl Kress and Dick McDonough of the 1930s, while his vocals are very much in the Fats Waller tradition.

The summer wraps with an August 30 show by Primary Colors, the newly formed Boston/New York-based band by Dallasites Matt and Luke Marantz. The brothers will showcase music from their new album, Colors for Everyone. The contemporary jazz album, while containing beautiful melodies, improvisation, and heartfelt lyrics, draws heavily on the folk and rock influences of Elliott Smith, the Beatles, Iron and Wine, Sufjan Stevens, and others.

Dallas Museum of Art – Jazz in the Atrium