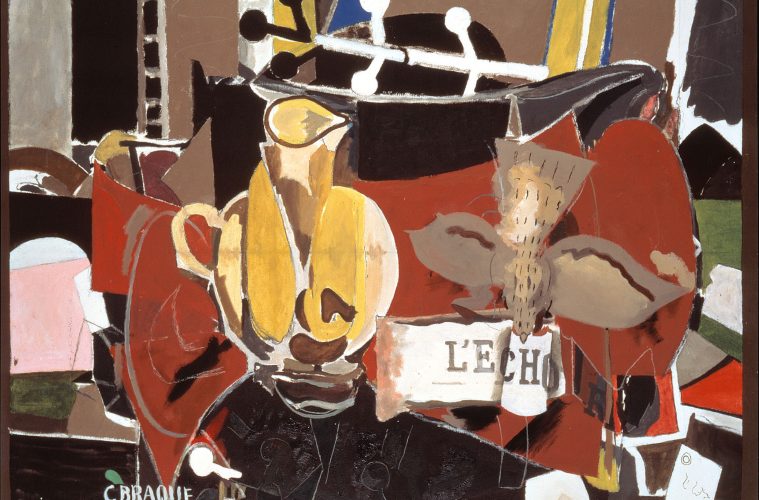 Are We World Class Yet? 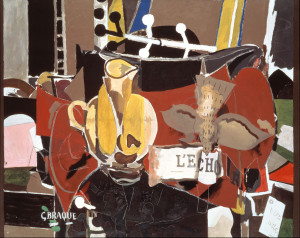 If a few more logistical details come together, I may be in New York next week in time to catch the opening of the Whitney Biennial. It’ll be the first time I’ve made it there in more than a couple of years. Ditto Los Angeles. I was last in Chicago a year and a half ago. I get to Washington, D.C. every now and then. Apart from that, my art viewing has been confined to flyover country, most of it in Texas.

I bring this up not to fill you in on the negative spaces of my travel itineraries, but to remark on the pleasantly surprising fact that I don’t feel all that deprived, art-wise, whereas even a few years ago I would have been desperate to get to an art capital, and pronto. Now, if the New York trip doesn’t pan out next week, I’ll just go luxuriate some more in the slow-cooked pleasures of Georges Braque: A Retrospective at the Museum of Fine Arts, Houston–the only U.S. venue–and the myriad conceptual riddles of Magritte: The Mystery of the Ordinary, 1926-1938, which the Menil Collection co-organized with the Museum of Modern Art and the Art Institute of Chicago and is supplementing with its exclusive, collection-based Memories of a Voyage: The Late Work of René Magritte. While I’m at the Menil, of course, I can spend some more time with Lee Bontecou’s incredible drawings (see Beth Secor’s review here)–another triumph for the Menil Drawing Institute, whose building plans were recently unveiled to widespread acclaim. And, of course, whether I visit New York next week or not, I’ll be around for the opening of the FotoFest 2014 Biennial (read Nancy Zastudil’s report here).

Khusraw at Shirin’s palace
Miniature from a manuscript of the Khamsa of Nizami Tabriz (Persia), late 15th century
Ink, and pigments on paper
7 5/8 x 4 1/2 in. (19.5 x 11.5 cm)
The Keir Collection of Islamic Art on loan to the Dallas Museum of Art

Dallas and Fort Worth, of course, have had their share of recent coups, from the Modern Art Museum of Fort Worth’s exclusive U.S. presentation of the Lucien Freud retrospective to the Nasher Sculpture Center’s beautiful presentation of the traveling Ken Price survey to the Dallas Museum of Art’s announcement that it’s landed the long-term loan of the Keir Collection, one of the world’s largest private collections of Islamic art–instantly transforming the DMA into a national powerhouse in the field. I’ll miss the Isa Genzken retrospective at MoMA if I don’t make it to New York next week, but no biggie: I’ll see it at the DMA this fall.

That, of course, is increasingly true of shows you might have missed in New York–they make it somewhere in Texas, whether it’s the Magritte show or the Whitney’s Robert Indiana retrospective, now at the McNay Art Museum (see Scott Andrews’s essay here). Also increasingly common are international exhibitions whose sole stateside presentation is in Texas, from the Freud survey to the Braque retrospective to the DMA’s upcoming Nur: Light in Art and Science from the Islamic World; and first-rate homegrown shows you can only see here, from the MFAH’s recent American Adversaries: West and Copley in a Transatlantic World to the Modern Art Museum of Fort Worth/Nasher joint presentation of the David Bates survey. It’s not that there aren’t shows I’ve missed seeing in New York or Los Angeles that I wish I hadn’t missed. It’s that, as museums in Texas keep hitting their stride, I feel less and less like I’m missing out by not getting to either place more often.

Although the title of this post is tongue in cheek–as Harbeer Sandhu has pointed out, if you have to say you’re world class, you’re not–it’s worth savoring our generally improving state of cultural nourishment in Texas.