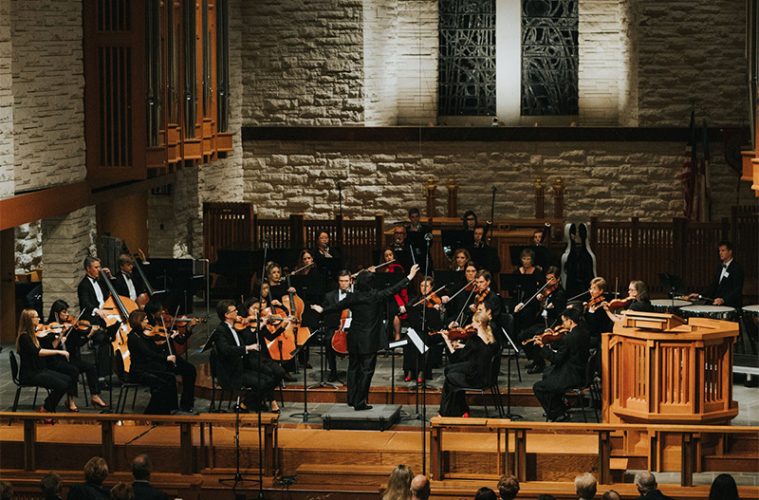 Don’t hold your breath waiting for Houston’s River Oaks Chamber Orchestra (ROCO) to anoint a conductor as its music director. Being player-driven is in ROCO’s DNA. But founder-oboist Alecia Lawyer wants to bring in another perspective, so the group will this fall make one of its frequent guests–conductor Mei-Ann Chen–its first artistic partner.

As ROCO heads toward its 15th season, “this shows that we’re stepping into more permanency in what we’re doing,” Lawyer says. “We’re going to have associations, but not a full conductor title. I wanted everybody to know that she’s with us for a while.” 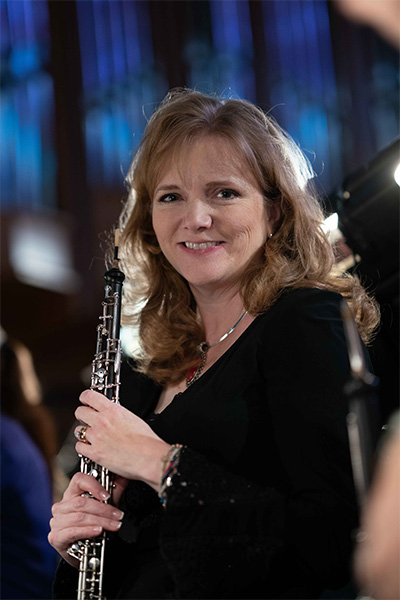 Lawyer and Chen, who already has a traditional music-director post with the Chicago Sinfonietta, are “perfectly aligned in our philosophies,” Lawyer says. Both musicians believe in “doing new music. Being in relationships with composers. Taking dynamic risks. Her Chicago Sinfonietta does that as well. You (want to) try something, and because you’re a small organization, you have the ability to move quickly and try it, and then abandon it if it doesn’t work.” Chen will hold the title for three years.

Lawyer drives home her point about associations by noting a second one. Having performed Bruce Adolphe’s violin concerto I Will Not Remain Silent in 2017, ROCO will make him a recurring presence next season as it premieres three works it has commissioned. One of them–I Too Bleed, and Hope for Beauty–pays homage to Alma Rosé, a violinist and niece of Gustav Mahler, who led a women’s orchestra in the Auschwitz concentration camp, where she perished. Adolphe’s program note adds that the work also salutes “the enduring power of music, which, even the worst circumstances imaginable, offers hope and beauty.”

Next season will bring a salvo of other premieres. ROCO is celebrating its 15th season by commissioning 15 short works–fanfares, interludes and finales–sprinkled throughout the season. The composers range from Houston’s Mark Buller, Karim Al-Zand and Marcus Karl Maroney to Nigeria native Desmond Ikegwuonu and Israeli-born Osnat Netzer.

Some of the vignettes will appear on ROCO’s main series, and each of those four programs will also feature a larger commission. Besides Adolphe’s I Too Bleed, the new works will include a double concerto for flute and viola d’amore–an extra-resonant sibling of the familiar viola–by Houston’s Maroney. 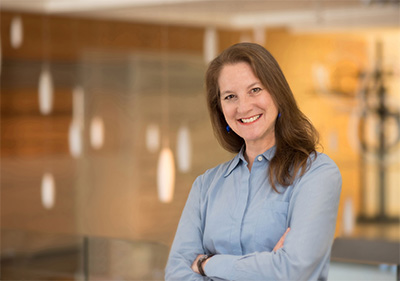 Lisa Bielawa, Composer of ROCO commission Centuries in the Hours to be premiered Sept. 2019. Photo by Carlin Ma.

Another new work will introduce ROCO audiences to Lisa Bielawa, a composer and singer who used to perform in the Philip Glass Ensemble. Her song cycle Centuries in the Hours will feature texts by American women of the 18th to 20th centuries whose personal circumstances led to their being overshadowed in history. Laurie Rubin, a mezzo-soprano who is blind, will be the soloist.

The main series will bring back two conductors–Chen and Alastair Willis, music director of the South Bend Symphony–and feature ROCO debuts of two others, both recommended by members of the ensemble. “I trust musicians who have played with the conductors,” Lawyer says.

Christopher Rountree leads wild Up, a Los Angeles new-music collective. “The musicians who have worked with him have thought he was a great ROCO personality,” Lawyer says. Shi-Yeon Sung, a winner of the Georg Solti conducting competition, is the former leader of the Gyeonggi Philharmonic in her native Korea. A ROCO musician tipped off Lawyer about her “power and precision, her ability to quickly grasp and convey new works with beautiful artistry, and her clarity of technique,” Lawyer says.

The season will also brings distinctive, colorful works that aren’t brand-new. Judith Shatin’s Ice Becomes Water, part of Chen’s concerts Sept. 27-28, describes glaciers coming apart. The piece begins with an “ethereal iciness,” Lawyer says, but when the ice cracks, the string players bear down fiercely with their bows. “When the cellist dig down into that, I get chills,” she adds, imitating the scrape with her voice. “It’s the weirdest sound.” 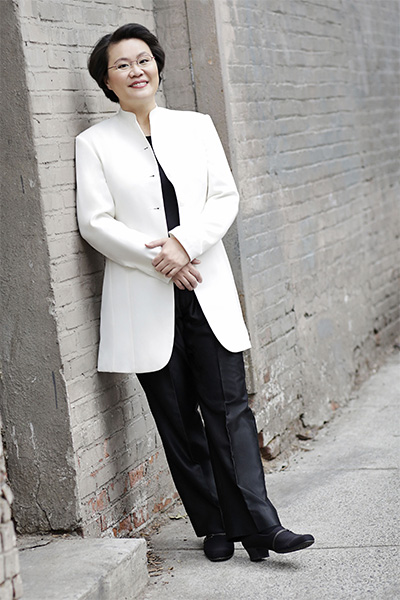 ROCO will spare a little time for concert-hall standards. Chen’s concerts will include Joseph Haydn’s rousing “London” Symphony; Willis’ Nov. 16 program, Manuel de Falla’s El Amor Brujo. In the season finale next May, Sung will conduct Modest Mussorgsky’s Pictures at an Exhibition in a chamber-orchestra arrangement that’s not to be confused with the familiar Maurice Ravel version.

But even centuries-old music can sometimes take you by surprise. Rountree’s Feb. 8 program includes a score from 18th-century France: Jean-Féry Rebel’s Les Elemens, which describes the elements and the Creation. “It’s such a shock. I’m going to have to play this for you,” Lawyer says, flipping open her tablet computer and calling up a recording. The first sound is a jangling, dissonant fortissimo chord. “It’s chaos,” Lawyer says. “I’m just fascinated by stuff like that.”

The group’s four-concert Unchambered series will spotlight orchestra members who curate their own chamber-music programs, including clarinetists Nathan Williams and Maiko Sasaki on Oct. 19 and French horn player Danielle Kuhlmann on Feb. 22. And the Connections series will take chamber groups outside ROCO’s main venues.

Robert Greenberg, music lecturer for The Great Courses, will tie together a Jan. 30 program at Rienzi spotlighting music from three decades: the 1770s, 1870s and 1970s. Lawyer and other musicians will perform March 5 in the enlarged Holocaust Museum Houston, which will contain a new theater. The program will include Adolphe’s other two commissions, each celebrating the life and work of a musician who survived the Holocaust.

“Before ROCO, I was a docent (at the museum) for five years,” Lawyer says. “It was one of the most profound things I ever did–taking seventh-graders through and teaching them about tolerance. It was a huge passion of mine.”