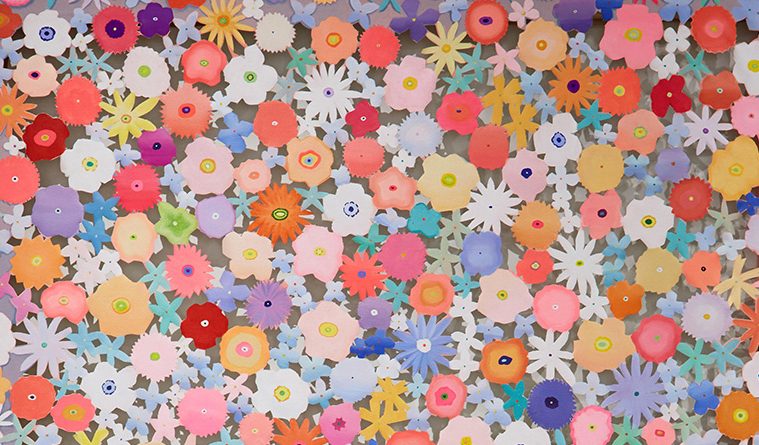 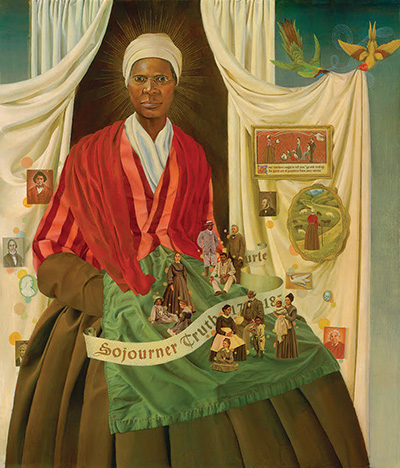 People who aren’t from Texas often hold misconceptions about the state. When they hear “Texas,” it may evoke imagery of dusty roads, massive pick-up trucks, and cowboy hats that aren’t as big but may as well be. They’re not wrong, of course, but their scope of understanding about the state may be limited.

Texas is home to the most diverse city in the United States. It’s a place where you can drive from swamp to a desert without losing daylight. It’s a state so big that 4 different cities might experience a different season on the same day. Across the state, the art scene is just as diverse, and Lubbock’s Louise Hopkins Underwood Center for the Arts (LHUCA) is working to prove just that in a three-part exhibition aptly titled 44 Artists from Texas. LHUCA has done its share of work in its 21-year history to bring in the public and expose them to the arts of the city, on their own campus and beyond, but this series of exhibitions is perhaps one of their most ambitious projects to date.

“44 Artists from Texas is a three-part exhibition celebrating the incredible diversity of artists living and working in Texas,” said Linda Cullum, Curator at LHUCA. And what’s not to celebrate? The contemporary art scene in Texas is an incredible one. Many exhibitions have tried to showcase the painters and sculptors who have called Texas home, but they tend to happen in the bigger cities and still only capture a sliver of the state’s claims to fame. With these exhibitions, Cullum hopes to draw the crowds in her direction, showing the artists what Lubbock has to offer while highlighting them for the locals.

“My goal as curator is to always try bring a wide range of fine art to [the Lubbock area],” Cullum said. “People are now able to see what’s out there on the internet and social media, but nothing replaces seeing art in person. The more you look at art the more appreciation you have for it.”

The artists selected across these exhibitions show the diversity of media, subject, and style that the Texas contemporary art scene comprises. The artists come from across the state and have been selected and paired by Cullum and Assistant Curator Maisie Alford. 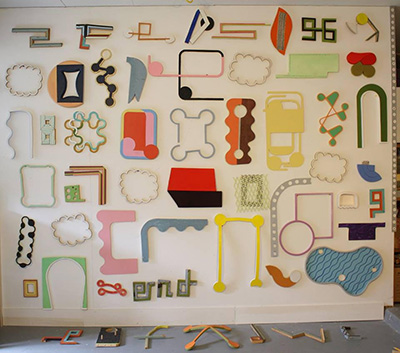 The exhibition is comprised of painting and sculpture by artists including Heather Bause, John Chinn, Amy C. Evans, Adrian Esparza, Hillerbrand + Magsamen, Patrick Turk, and many others. While pulling this group together, the curatorial duo found common threads that brought these distant cities a little closer together.

Houston’s Bradley Kerl, for example, offers paintings of various flora and still life paintings that feel out of focus but seem just real enough to wander through. The duo found that they paired well with the similar stylings of Celan Bouillet.

When she began planning the exhibition along with Alford, Cullum initially planned to focus on three cities across the state. As they conducted their research, though, they widened their search. “[We] did extensive research by looking at every single art gallery in Texas, the archives of Glasstire, New American Painting, and others,” she stated.

Lalena Fisher, an artist based in Austin, brings her poppy illustrations to the exhibition. Through her acrylic paintings, she weaves short narratives about characters. The figures are stylized and drawn with intent—often painted in motion, moving through fabric backgrounds that evoke a nostalgia of visiting your grandparents’ house and drawing on a quilt you probably shouldn’t be playing with. Viewed in tandem, the subject and materials evoke both the traditions of yesteryear and places the stark contrast of modernity front and center.

A graduate of UT San Antonio and featured in the permanent collection of the city’s Museum of Art, James Smolleck borrows elements from classical mythologies, sacred geometry, and the occult to develop surreal characters that he places in fantastic landscapes. Walking the line between human and animal, they perform rituals that are as diverse and unknowable as the source materials.

“These exhibitions provide a connection between LHUCA and the Texas art scene,” Cullum added. “By the end of 2018, galleries and artists from all over Texas will be familiar with LHUCA and the arts in Lubbock.” The vastness of Texas can make staying on top of its art scene difficult. With huge institutions in cities like Houston, Austin, Dallas, and San Antonio, it’s easy to become overwhelmed or distracted with what’s being offered across the state, or even in your own city. Something we should all strive to remember, though, is that art, artists, and curators provide new perspectives through which we can view the world. It’s important for us to make concerted efforts to leave our comfort zones and explore new spaces. As Linda Cullum will tell you, “We have a tremendous art scene, and we are excited to share it with Texas!”