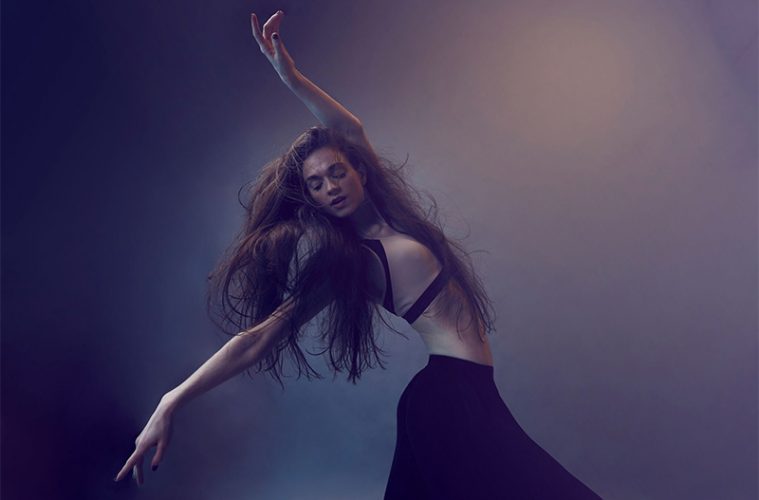 Avant Chamber Ballet opens its seventh season in Dallas with an ambitious collaboration with the Verdigris Ensemble for a stunning production of The Little Match Girl Passion, David Lang’s haunting choral adaptation of the Hans Christian Andersen fairy tale, “The Little Match Girl.”

“For me as a choreographer, it’s a really powerful story,” explains Katie Cooper, Avant’s artistic director. The Little Match Girl Passion is the tale of a poverty-stricken girl who wanders barefoot through the snow-filled streets, fearful of returning home to face her father empty handed. The girl catches hypothermia and eventually freezes to death. Her body is found the next morning. 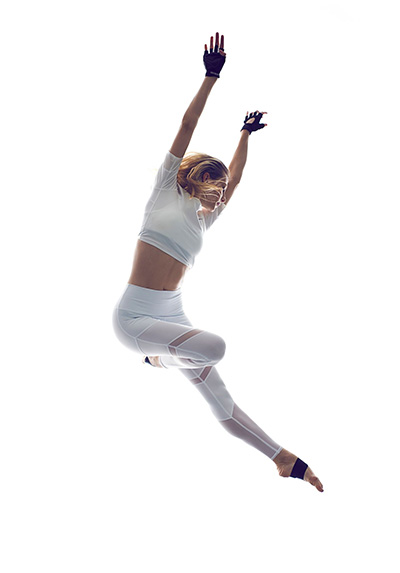 Natalie Kischuk
Photo by Will Graham.

In the rehearsal studio, a recording of Lang’s pensive choral arrangements fill the room as the Little Match Girl– danced by Juliann Mcaloon–wanders through and around what will be a dark stage filled with “Matches,” the corps de ballet. Mcaloon, an artist who’s been a member of Avant since its inaugural season, conveys the Match Girl’s progressing weakness and confusion with a poignant delicacy. At one point during the run through Mcaloon struggles to find her counts. Lang’s score has proven especially challenging for the dancers. “The music is not what you’d normally think of as dance music,” muses Cooper. “The breathing involved in the singing creates a different kind of rhythm for us and a different anticipation than what we’re used to.”

The corps de ballet dancers pose in lines while holding candles, creating formations with and around two benches. Together, they move with an ethereal unity like floating synchronized swimmers. The Verdigris singers are not present in the rehearsal, but Cooper explains their positions: they’re to be dispersed throughout the stage much like the corps. Both groups, dancers and singers, remain on stage for the full duration of the ballet without exiting. “For Match Girl, with the use of light and choreography we really didn’t need set design,” explains Cooper. “The dancers really are the set, then the music and everything else about the design creates the atmosphere we need for each section.”

Later in the season, as part of the “Romance and Ragtime” program on Feb. 22-23 at the Moody Performance Hall, Avant will premiere Christopher Wheeldon’s Morphoses, an athletic ballet for two couples set to György Ligeti’s String Quartet No. 1. 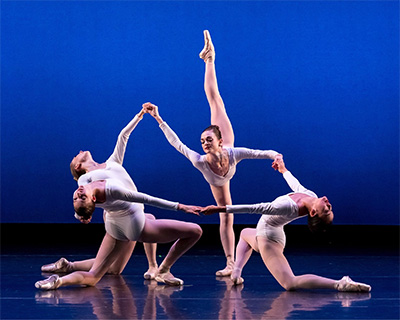 Avant Chamber Ballet in Serenade in A choreographed by Paul Mejia.
Photo by Sharon Bradford.

“It’s very exciting,” says Cooper. “We’re one of only a few companies who’ve danced it this far, including New York City Ballet where it was created.” The score proves challenging for the musicians to play and also for the dancers to count. Michelle Gifford who often stages Balanchine ballets for the company is also the repetiteur for Wheeldon. She has already started working with the dancers to master the fast-paced tempo and complex movements.

Jock Soto, acclaimed New York City Ballet dancer and original cast member of Morphoses, will also be coming in January to rehearse the piece. “He was the master of partnering for decades at New York City Ballet,” Cooper tells me. “I’m excited for him to work with our dancers.”

Also in the “Romance and Ragtime” program is a world premier by Fernanda Oliveria, Avant’s 2018-2019 Women’s Choreography Project commission, a platform Cooper created to further the inclusion of women in the realm of choreography. Cooper selected Oliveria from a pool of over 100 applicants. Oliveria was at the studios last week setting the ballet that is 20 minutes long. Cooper is especially excited about the music: Fourplay, an Australian string quartet that considers themselves more like a rock band that happens to play string instruments. Cooper views the piece as a great introduction for newbie balletomanes. “It challenges one’s preconception of tutus, which isn’t what we do very often anyway” she says. 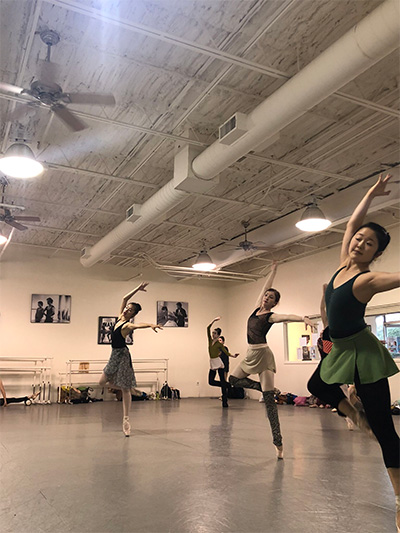 At the center of Cooper’s burgeoning ballet company are her passions for live chamber music and collaboration. Avant started with projects between Cooper and her now husband, Dallas Symphony Orchestra musician David Cooper. He is Avant’s music director. Early on he brought his friends from the DSO who were eager to play chamber music. Cooper says, “I would ask our musicians what they wanted to play.” Then she would listen to them and find choreographic inspiration. “There’s so much interesting chamber music that I don’t think I’ll ever run out of things I want to choreograph.”