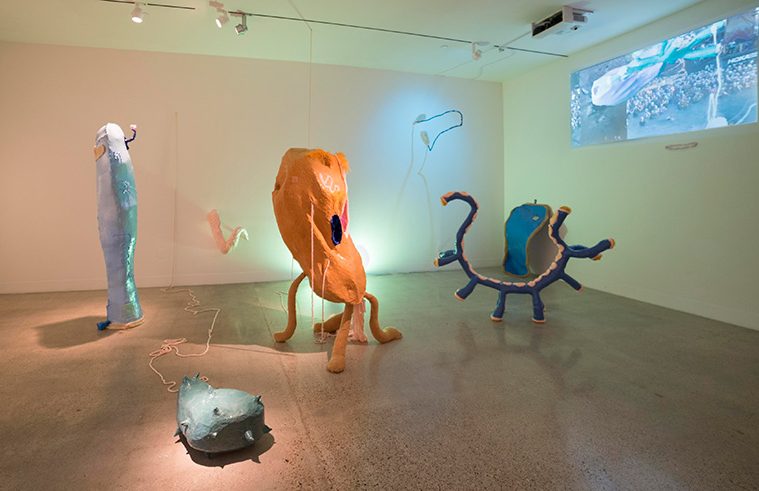 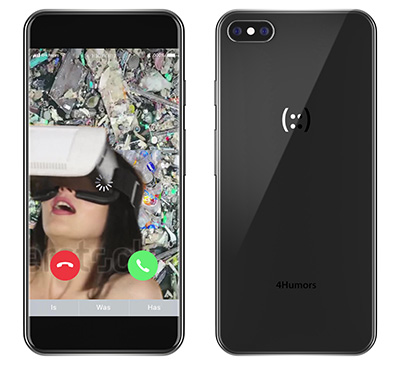 Ten Texas artists, all of whom have set themselves apart through their work in sculpture, photography, time-based media, painting, and artist books, have been awarded the Clare Hart DeGolyer Memorial Fund Award, the Otis and Velma Davis Dozier Travel Grant, and the Arch and Anne Giles Kimbrough Fund Award, collectively known as the Dallas Museum of Art Awards to Artists, which has funded over 300 artists since its original inception in 1980.

Previous recipient Francisco Moreno, the Dallas-based artist responsible for the recent Chapel installation at Erin Cluley Gallery, calls the Kimbrough Fund Award a “kickstart to my career in Dallas.” He explains that receiving the award “supported production of WCD Project, a hot-rodded car used in a performance for the inaugural SOLUNA Festival” —which featured big-name acts like Grammy Award-nominated rapper Nas accompanied by members of the Dallas Symphony Orchestra, Deep Ellum favorite Cure for Paranoia—and as a part of a one-night-only show titled Array, large-scale soundscape installations by artists like Carmen Menza and Matthieu Brooks.

What Moreno has called an important benchmark that allowed him the opportunity to exhibit his work and complete large-scale projects also led to his appointment as the first artist juror in the Awards’ history.

Asked what it means to have a past winner on the panel,  Dr. Anna Katherine Brodbeck, Nancy and Tim Hanley Associate Curator of Contemporary Art, and curator of the Laura Owens exhibition currently on view at the DMA, spoke of the reality that there are “things an artist will always have certain clarity about… what [a project] takes, what a proper budget looks like, and if these things are feasible.” It seems clear, in hindsight, perhaps obvious that there should have been an artist in place on the Awards to Artists jury all along.

Moreno says of his position as a guest judge, “I know firsthand the importance of community support for artists and am honored to be asked to serve as a juror for these grants.” 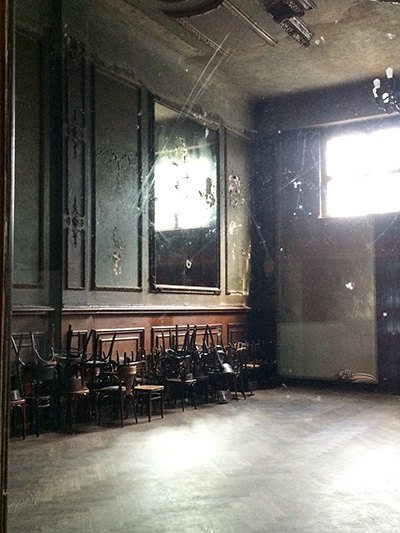 Recognizing exceptional talent is a unifying purpose for each award, though they go to support specific processes and types of artist. The Otis and Velma Davis Dozier Travel Grant, for instance, is awarded to an artist at least 30 years of age, and this year will fund Linda Post and Christopher Blay, artists more established and experienced than some of their counterparts in other award categories, supporting their travels across the United States and beyond. This anticipated interdisciplinary work and Blay’s research-based trips are on the list of work that Dr. Brodbeck says she’s most excited to see happen as a result of these awards being granted by the DMA.

In sharing her excitement over receiving the Dozier Grant, Post shares how it will allow Post to spend three months at a residency in Berlin where she will install an exhibition titled Pine; she will also develop a new project titled Hey, There. Post shared over email that “[Hey, There…] will explore my version of what Dana Ward refers to in his poem ‘A Kentucky of Mothers’ as ‘the many-gendered mothers of my heart’, by visiting sites that have a connection to intellectual and artistic influences.” She goes on to say that the places she seeks “contain absence.”

“It’s always a combination of creativity, ambitiousness, and clarity of purpose,” Brodbeck says of this year’s winning artists and the judging process. Concerning the timing, she refers to the winning artists as generally being “at the cusp… or maybe there’s a real breakthrough,” making support particularly important.

One such breakthrough may come from awarded artist Sasha Fishman, who spoke to me about how the DeGolyer Memorial fund would change her practice, which she describes as heavily material driven and experimental. “The Clare Hart Memorial Fund will allow me to experience a new medium with which I will be able to create more sustainable works,” explaining that she’ll be able to do this through a ceramics mold making course at Anderson Ranch Arts Center in Aspen.

The  DMA has acquired some work by grantees in the past, so Post and Blay, Fishman, Victoria Brill, Audry Travis, and Jacqueline Blanco, as well as Arch and Anne Giles Kimbrough Fund Award recipients Brooke Vega, Ashlyn Lee, Angelica Reisch, and Clayton Harper, may be among the next artists whose work lives permanently at the DMA. If so, their work would join that of former recipients like Misty Keasler, represented by the Public Trust, who recently had a book of her Haunt photo series published after its exhibition at the Modern in Fort Worth, or Robert Pruitt, whose work has been exhibited in the Museum of Fine Arts Houston and at the Whitney Biennial as well as being part of an HBO original series set design.

Noting the major impact these awards will have on the newest of emerging artists who will be receiving them this year, Dr. Brodbeck enthusiastically says, “It’s really exciting to be able to help out as these younger artists are applying to their MFA programs or beginning their careers.”