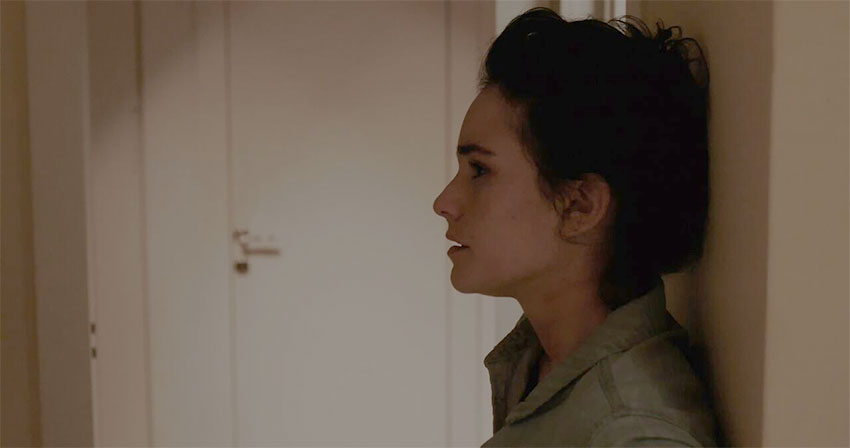 When you look over the whole festival what kinds of themes emerge about Jewish life, culture and politics?

One theme that really stands out is family. From a family growing to understand each other’s choices in Apples from the Desert, to a relationship that forms between a daughter and her mother’s boyfriend in 10% My Child, to the intergenerational family dynamics of Baba Joon, we see the importance of family, whether by blood or not, shine through a lot during the festival.

A psychological thriller, The Man in the Wall, opens the festival on March 5. What about this film felt right for an opener?

The Man in the Wall is very indicative of the current trends of Israeli cinema. By positioning the film as opening night we are able to make a statement about the importance of what is happening in the Israeli film industry today. Isaac Zablocki, the Director of the Israel Film Center, describes this years’ crop of Israeli films as offering “a new development in Israeli cinematic language.” He cites The Man in the Wall, for its “groundbreaking methods of presentation, taking innovation to a new level.” We also loved how this film was such a bold and different choice than our usual opening night films.

We have to talk about Baba Joon. This film is getting tons of buzz. Give us your take on it.

The film was Israel’s submission to the Oscars, but it unfortunately wasn’t nominated for the Best Foreign Language film. Part of what makes the film so special is that it’s Israel’s first ever film in Farsi, and one of only a handful on record to feature dozens of Iranian actors. The story itself is very relatable – it’s about an immigrant family struggling with intergenerational conflicts between traditional and Western values. The film also has some star power with Navid Negahban; fans will recognize him from his role as Abu Nazir from the first few seasons of Homeland.

There’s a handful of historical films. One that caught my eye is Sabena Hijacking: My Version, which recounts the tale of the 1972 hijacking of Flight 571 by Palestinian terrorists. Talk about this selection.

This is a really significant and powerful film – we felt it was important to make sure people know this piece of history. The part of this story that’s quite incredible is that three future Israeli Prime Ministers were involved in the rescue mission and you hear from all three. Shimon Peres was Minister of Transportation and Communications, Ehud Barak commanded Sayeret Matkal (a special forces unit of the Israeli Defense Forces), and Benjamin Netanyahu, a member of Sayeret Matkal and a member of the team that stormed the plane.

I’m happy to see some arts related films, like The Muses of Isaac Bashevis Singer. Why is his legacy so important?

Quite simply, Isaac Bashevis Singer is considered one of the most praised Yiddish writers and probably the most prolific. He won the Nobel Prize in 1978, the first and so far only Yiddish writer to win it. He had the talent of bringing life into a forgotten culture.

What film might I miss that is your personal fave?

My personal favorite is The Kind Words. It’s a moving and sweet film about three adult Israeli siblings who, right after their mother’s death, learn that the Jewish man who raised them is not their biological father, but instead is a Muslim man. They set out on a journey to France to find him and to help themselves come to terms with this life changing news. During all of this, they fight, bond as siblings, and struggle with how to define themselves.

This is the festival’s 12th year. What have you learned about your audience that informs your selection this year?

We’ve learned that our audience wants a variety of different films to suit lots of different tastes. Part of our audience is very intellectual and is looking for films to enlighten and educate, while part of our audience wants to come to the festival to be entertained. Our line-up this year melds both of those areas well. We usually receive some criticism about having too many heavy/serious films, but at the same time we get great feedback about the films with more serious subject matter. This year, we made a very conscious effort to infuse the line-up with more lighter-fare and more comedies. Often it’s difficult to find high quality comedies, but we think we found some winning films this year that will make our audience smile and even laugh.