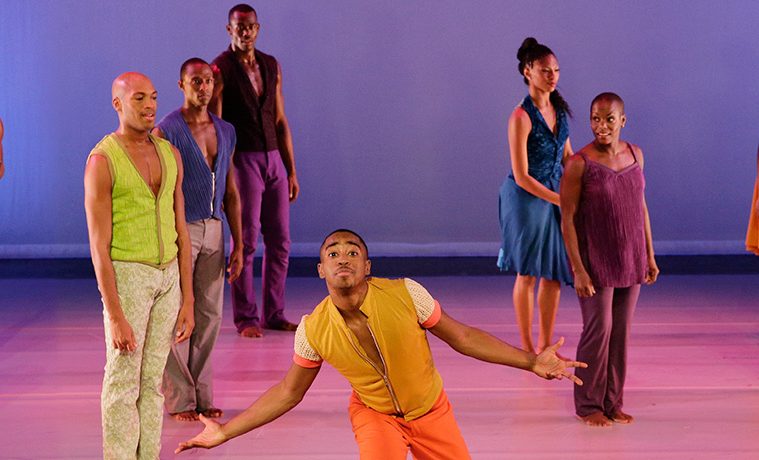 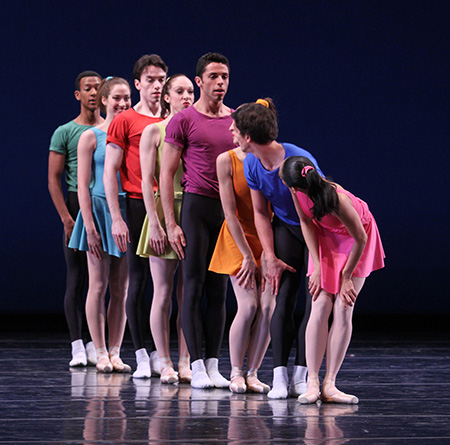 On Houston dance stages, this season has been a virtual feast of American dance thanks to Society for the Performing Arts’ focus on great American Dance Companies. Thus far, we have seen Jessica Lang’s sleek and spare work, Pilobolus’ astonishing physical theatricality, a program of vintage masterworks from the Paul Taylor Dance Company, and three stunning works by Mark Morris, including his iconic Festival Dance. This month, SPA presents two companies that epitomize exceptional achievement in the dance field: Alvin Ailey American Dance Theater on March 14-15 at Jones Hall, and The Joffrey Ballet on March 21 at Wortham Center. Mark your calenders for Alonzo King LINES Ballet on May 9, the final performance of the American Dance Series.

Ailey and the Joffrey may carry their founders’ names, yet they are both repertory troupes, and the programs they are bringing to Houston offer up a chance to see the work of an array of seminal American choreographers.

It should be noted that the Ailey company includes the word “American” in its name, and rightly so; the company has toured the world so much that it has come to be seen as a cultural ambassador. Ailey’s masterpiece, Revelations, has been seen by more people than any other dance. As always in Houston, Ailey’s signature work closes all three of the programs.

Looking deeper into the program, we can see something else, a virtual “Who’s Who” of African American choreographers, including post modern giant Bill T. Jones, master of fusion Ronald K. Brown, current Ailey chief Robert Battle and MacArthur Fellow Kyle Abraham. Each possesses a distinctly different signature and choreographic challenge for Ailey’s über– athletic dancers. All three programs are different, allowing the dedicated dance fan to see a bounty of new and classic choreography. 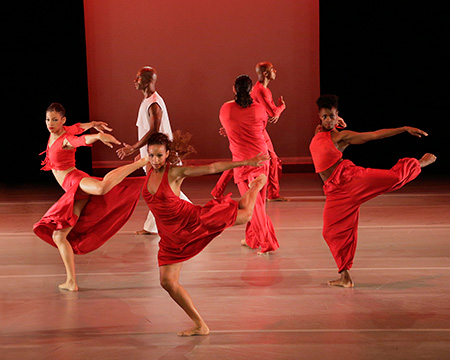 Ailey company member and Houston native Marcus Jarrell Willis brings us into the thick of the work from the inside. The HSPVA grad is always excited to be back on home turf, performing for his friends, family, and the considerable Houston contingent of Ailey fans.

Brown’s Grace packs a powerful punch for Willis; it was the very first Ailey piece he ever saw live. “I have come full circle,” says Willis, now in his sixth season. “My family took me to see the piece, and now they will be in the audience.” Willis describes Brown’s idiosyncratic movement vocabulary as “broad and luscious, blending West African, Afro-Caribbean and a little funk.” He discovered a deeper power in his own dancing. “He pulled out things in me I did not know where there,” adds Willis.

There are more firsts for Willis in performing Jones’ D-Man in the Waters. “It was the first time that I have worked with him,” says Willis. “I have always admired Bill T. Jones’ physical and mental approach. Being in the room with him was simply the best.”

Dancing Ailey’s classic work The River, originally created for American Ballet Theatre, brings Willis to the heart of Ailey’s aesthetic, which includes a certain freedom of the upper body supported by a strong ballet foundation in the lower body. Abraham’s freewheeling style in Another Night gives the company a chance to let loose. “It really is another night, we get to have fun and just dance,” says Willis.

For Willis, having the works of Ailey, Jones, Brown, Battle, and Abraham in his dancing body holds an even deeper meaning in that he sees himself as part of this lineage that has penetrated so much of the American dance landscape. “The program speaks volumes to me. These are great African American male choreographers, and I’m an aspiring choreographer myself.” 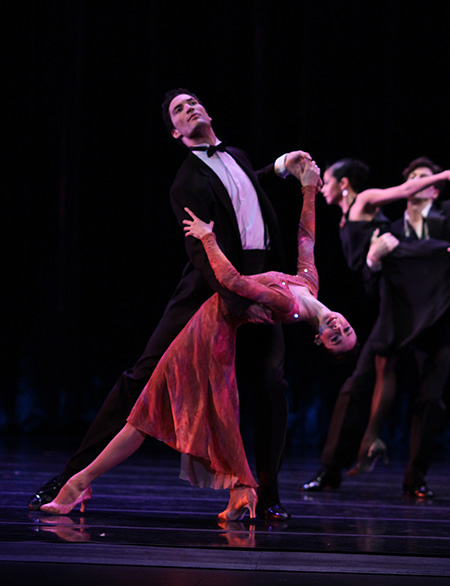 Flashback to 1973, when dance audiences watch the Joffrey Ballet dance with a fearless abandon in Twyla Tharp’s Deuce Coupe, her breakout ballet set to Beach Boys tunes. The ballet proved a game-changer for both the choreographer and the company.

One only needs to look at the impressive list of dance leaders who have come through The Joffrey Ballet to understand the company’s impact on the field, a story superbly chronicled in Bob Hercules’ 2012 documentary Joffrey: Mavericks of American Dance. One such leader is Joffrey’s current artistic director, Ashley Wheater, who danced with the company from 1985-89.  He may come from the UK, but the Joffrey is in his dancing DNA. His time working with dance mavericks Robert Joffrey and Gerald Arpino shaped his approach to running the company today. “They opened my eyes to great American dance,” says Wheater. “It’s that bold, free and youthful spirit.” Wheater recalls being astounded by Arpino’s Trinity (1970), along with the rest of the Joffrey repertory that includes works by Mark Morris, Tharp, William Forsythe, Arpino, Paul Taylor, and Laura Dean, as well as repertoire by Ashton and Cranko. “The rep runs the gamut of American icons,” Wheater says. “There was just such value there.”

The long-awaited return of the Joffrey Ballet to Houston has even more meaning for Wheater. “I danced on the Jones Hall stage several times with the company.”

The Houston program includes Jerome Robbins’ jazzy Interplay, set to a score by Morton Gould, and Tharp’s Nine Sinatra Songs (1982), set to Frank Sinatra’s greatest hits. Interplay premiered in 1945 at the Ziegfeld Theatre and contains the seeds of Robbins’ later work on Broadway. Tharp’s Nine Sinatra Songs not only shows off Tharp’s ability translate a song into a compelling choreography, but is a fitting tribute to the legendary American singer.

Stanton Welch’s sensuous Son of Chamber Symphony, set to John Adams’ score of the same name, rounds out the program. Having danced with The Australian Ballet, Wheater and Welch go way back. “Stanton is American,” Wheater muses, “in that he has truly developed his work in America. And we have to consider that Adams is one of the greatest living American composers.”