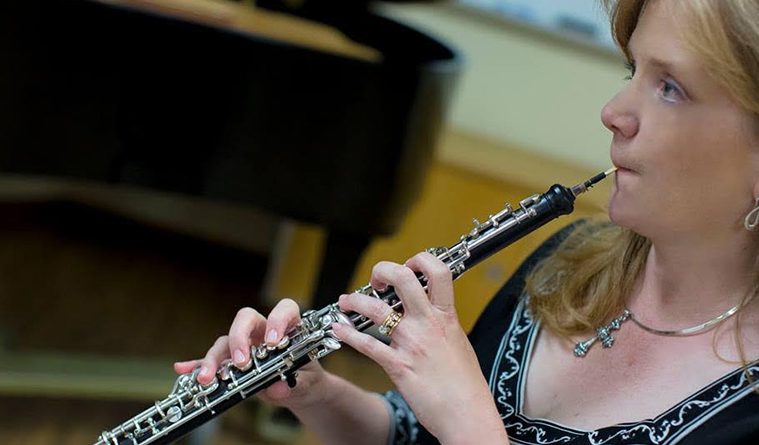 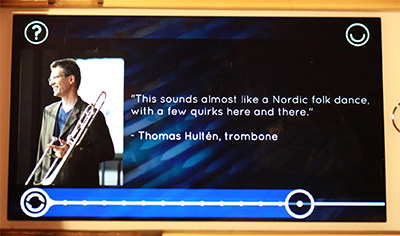 ROCO uses Octava, an app that delivers real-time musician commentary unobtrusively to your smart device during the performance. Photo by Joel Luks/CKP Group.

The River Oaks Chamber Orchestra isn’t planning a Fourth of July concert, but maybe it should. The tradition-busting group has declared its independence — from the classical hit parade. Scan the group’s programs for 2016-17, and you’ll see nothing that rank-and-file concertgoers would find familiar.

Admittedly, brand-name composers will get attention. But when ROCO turns to Franz Schubert, it will play his Symphony No. 6, which is spirited and melodious but far from well-known. Felix Mendelssohn, too, will appear through a rarely performed work: the zesty Sinfonia No. 8, composed when the celebrated prodigy was barely in his teens. Same with Aaron Copland and Dmitri Shostakovich. Meanwhile, the orchestra will dig into a series of new works, including a concerto featuring Houston’s WindSync. And ROCO will give fresh attention to neglected composers from the past — such as Saverio Mercadante, a tunesmith of 19th-century Italy.

ROCO’s founder and artistic director, Alecia Lawyer, says all that grows from a realization that came to her gradually: To many people ROCO wants to reach, classical music is an alien, forbidding land. 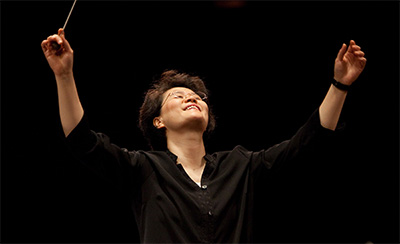 “No one even knows Mozart any more,” Lawyer says. “They don’t even know how to say Mozart. And that’s OK. It’s our job to tell them. When I started to realize how little knowledge was out there — that people were so intimidated — instead of bemoaning it, the entrepreneur in me said, ‘What an opportunity. Now everything is on the table. You don’t have to go to Mozart (Symphony No.) 40. You don’t have to go to Beethoven Five.’ They just have to trust what we bring them.”

Earning that trust is ROCO’s mission. So Lawyer and the group have redesigned the entire concert experience. Performances in the orchestra’s main series, In Concert at the Church of St. John the Divine, start Saturday afternoons at 5, giving concertgoers the evening free. Lawyer, the guest conductor or another musician introduces each work. As the orchestra plays, the house lights stay up in case listeners want to consult the program notes. During intermission, musicians mingle with the audience. After-concert receptions give performers and listeners another chance to bond.

Technology plays a role, too. Since February, ROCO has used the smartphone app Octava to guide listeners through In Concert performances. Eric Skelly, the orchestra’s executive director, likens it to watching a movie on DVD with the director’s commentary switched on. As a work unfolds, Octava relays tips about what’s happening in the score and what musicians are thinking. A staffer following the score keeps the preset blurbs in sync with the music. During last February’s conductorless concert, an Octava blurb suggested by bassoonist Dan Chrisman revealed one way musicians get by without a guiding hand from the podium: “Thank God there are flute cues! #conductorlessproblems.” 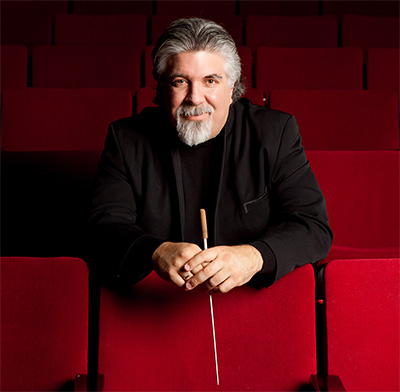 This is all about building relationships — between the 40 or so musicians and the listeners, and between the music and the audience, Lawyer says. She relishes calling ROCO “the Cheers of orchestras — where everybody knows your name.” In another tip of the hat to classic TV, ROCO’s slogan for the season is “Go Boldly,” and the group aims for its In Concert series to live up to that next season. The orchestra will take on its next frontier — nobody calls it the final one — by playing three concerts at The Woodlands United Methodist Church.

ROCO’s brass quintet established a beachhead by performing there last season, Lawyer says. The location offers not only two venues — a chapel whose intimacy suits the quintet and a main sanctuary whose acoustics will flatter the full ensemble — but access to the booming Woodlands. Like other communities surrounding Houston, it’s teeming with residents who would hardly think of coming downtown for a concert.

“Houston is a pod city. It’s known for that,” Lawyer says. “I just saw this on Facebook: Houston is the most diverse city but the most segregated — not only in ethnicity, but in age and income and all that. You have to go where people are. You have to bring (music) to people, instead of people coming to you.”

So the orchestra, despite being named for River Oaks, will perform next season in 11 Zip codes across the region. It doesn’t tamper with its approach, though. Lawyer says she was fascinated by what she witnessed during last season’s brass-quintet concerts in The Woodlands, where ROCO’s wide-ranging musical tastes were unfamiliar.

“You wouldn’t expect The Woodlands to be as receptive to some of the stronger, harder pieces,” she says. “But … some of the pieces that were harder to listen to were some of the best-received, because (the musicians) explained them so well.” When the quintet played a sometimes-violent piece inspired by lynchings, she adds, “the response from everyone was incredible.” 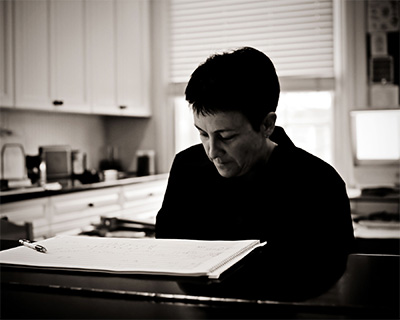 Another new twist is in store for ROCO’s brass-quintet series at Midtown’s MATCH theater. “We want to appeal to people who are getting off work and want to have cocktails and a concert,” Lawyer says. So the brass programs will move to 6:30 p.m. Fridays, preceded by a 6 p.m. happy hour. To round off the evening, the orchestra will offer packages including dinner nearby at Brennan’s on Smith Street.

The Unchambered small-ensemble series, also at the MATCH, will include another Schubert rarity — the expansive Octet for strings and winds — and a percussion-and-violin program. But the In Concert series for the full-strength ROCO offers the richest variety, of course.

Pulitzer Prize-winner Jennifer Higdon takes the baroque suite as her jumping-off point in Dance Card, co-commissioned by ROCO. WindSync will roam through the auditorium in Cosmos by the up-and-coming Michael Gilbertson. Violinist Andrés Cárdenes, longtime Pittsburgh Symphony concertmaster, will solo in a concerto by Ricardo Lorenzo, a Venezuela native who teaches at Michigan State University. Alexander Miller, an oboist-composer who studied alongside Lawyer at the Juilliard School, is crafting a concerto grosso featuring double reeds: two oboes, English horn, two bassoons and contrabassoon.

With ROCO having such fervor for new works, Lawyer says, she at first balked when conductor David Danzmayr proposed Schubert’s Symphony No. 6 for his November program. “I’m so used to not playing standard composers now. I was like, ‘Really?’” she says, whining out that last word. “Then I was like, ‘Wait! It’s Schubert. What are you doing?’” She let Danzmayr have his way.