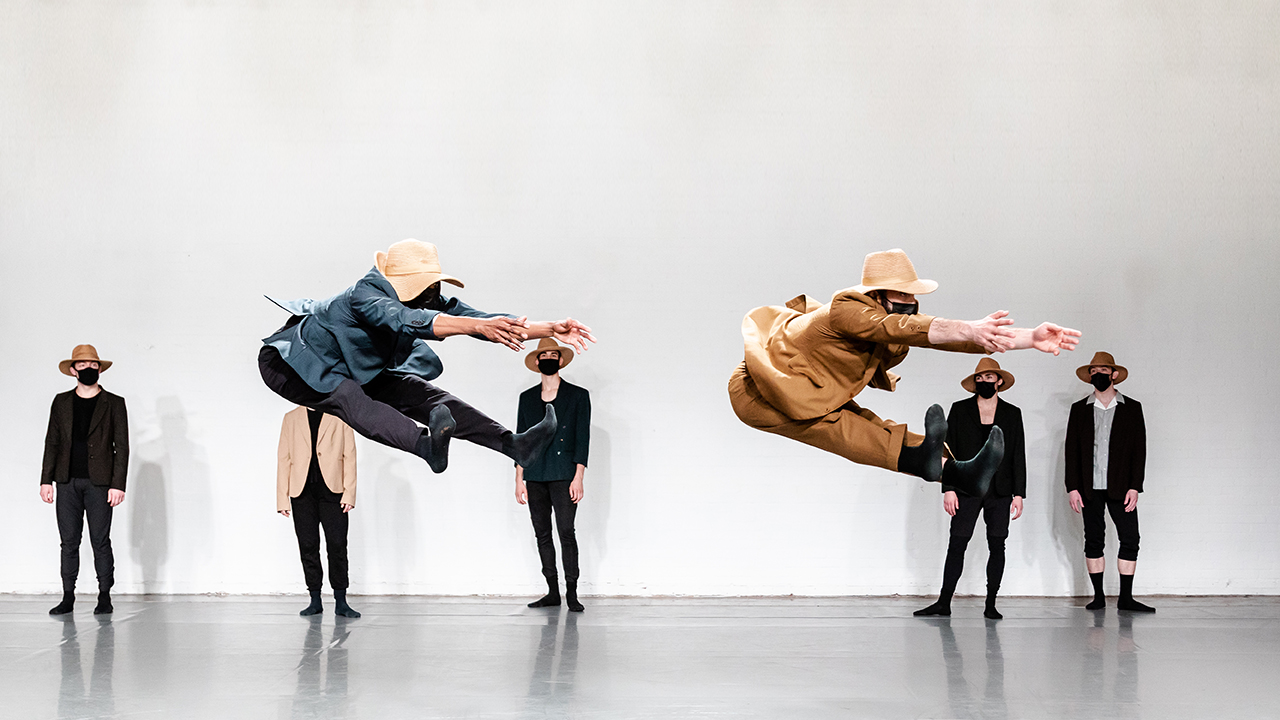 For Bruce Wood Dance, March 2021 marked an important milestone: the company’s first experiment with what the world might look like post-pandemic. For three weeks the company was joined by New York-based choreographer Omar Román de Jesús to prepare a new work that the company will premiere for a live, indoor audience at Moody Performance Hall in June. The June attendees and performers will still follow strict safety protocols, but the dance company will finally be back on a proper indoor stage to perform for an audience.

Dallas audiences should expect the return program, titled “Unite,” to be momentous not only for its significance in the era of COVID-19 but for the range of artistry the program promises. Alongside repertory pieces, “Unite” will premiere two new works, one by Román de Jesús and the second by the company’s artistic director Joy Bollinger.

Bruce Wood Dance has been hoping to work with Román since before 2020, but last year they made the difficult decision to postpone his residency until it could happen in person. With vaccination rates increasing in 2021, the company decided to move ahead with the in-person residency this spring.

For Román, the residency provided a way to channel the difficulties of being a choreographer during a global pandemic into a concrete new work. “Every time that I have done something, especially during COVID, where you never feel like you have a full process, there’s a lot of self-reflection and frustration that happens,” explains Román. “And all of that—boom!—that’s how the solid idea came up.”

For Bruce Wood Dance, Román has created a highly cinematic, theatrical work entitled “Sombreristas,” set to a compilation of works by contemporary Latin American musicians and classical pieces. The work will bring a variety of surprising elements to the stage. Costumed in suit jackets and trousers, the dancers show off their acting chops, manipulate hats as props, and even test out their vocal capacity, crying and shouting at various points during the piece.

“Since COVID, I have been very interested in character development,” Román says about his decision to make such a cinematic work. He also draws inspiration from filmmaker Drew L. Brown, with whom he recently collaborated on a dance film.

To begin the creative process of choreographing the new work, Román first turned to his own company, Boca Tuya, which he describes as an “incubator” for new work. After beginning the Dallas residency, however, the work began to take on new dimensions when he started learning the specific skills and personalities of Bruce Wood company members.

As a humorous example, Román describes a section of the new work: “There’s a whole scene where they [the dancers] are chickens. They are literally chickens. In my original version, it’s a solo where a guy is doing human things but speaking chicken. It’s hilarious.” When he initially tried this out in rehearsal with the Bruce Wood company, it did not work as well as when he had first envisioned it. As he got to know the dancers, however, he started to identify a handful who, improbably enough, were good at becoming chickens on stage. “I discovered,” Román continues, “that this whole section needs to be something new based on the same ideas. Instead of a solo, it became a trio. It’s about being vulnerable to the process and allowing the dancers to inform you.”

Román is also interested in asking dancers to release insecurities and lose their fear of embarrassment by testing techniques with which dancers might not be comfortable, such as crying or shouting or laughing as part of the choreography. “As adults, we become more self-aware and more insecure and more self-conscious of everything. Those insecurities, especially as a dancer, grow like poison. It’s my responsibility to create a space where we can start getting rid of negative consciousness and start accessing that beautiful rawness, innocence, and pureness,” Román says.

His choreographic journey, including the time he spent creating Sombreristas, which draws on elements of Latin American culture, have also given Román time to reflect on the way that his identity as a Puerto Rican shapes external expectations about his work.

“I love Hispanic music. I love the flavor and the rawness that comes from my country where I grew up. But I also have friends that are Puerto Rican or Latino and their works are very balletic, and you would not see Latino music [in their work]. So it raises questions like, ‘Do you support me because of the optics of it?’ 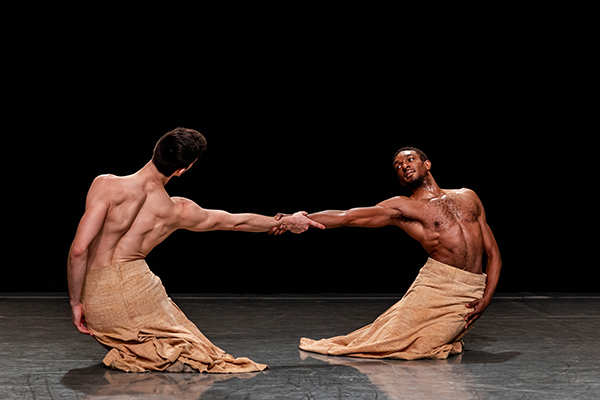 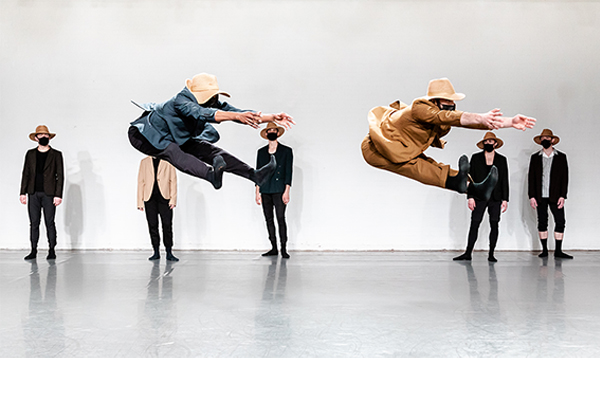 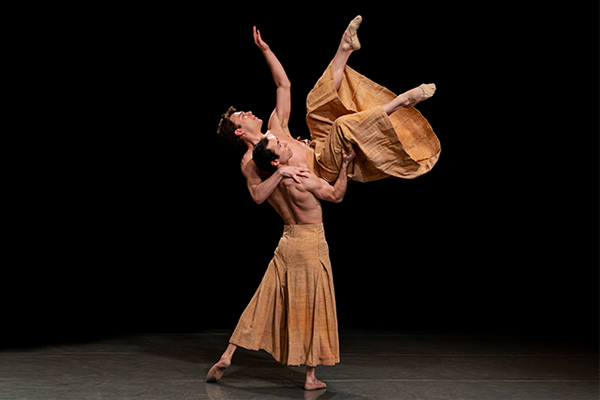 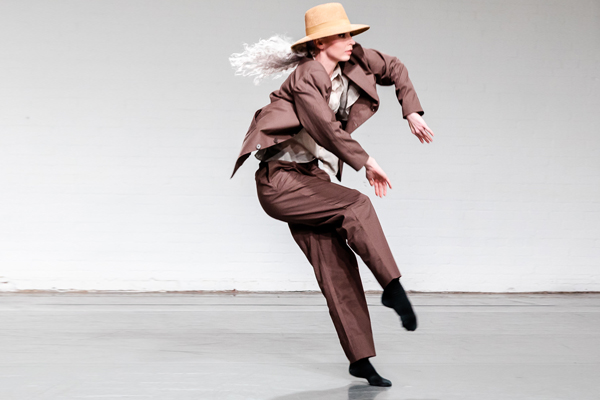 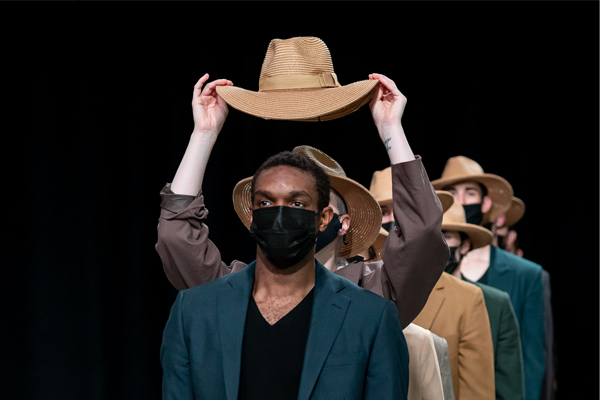 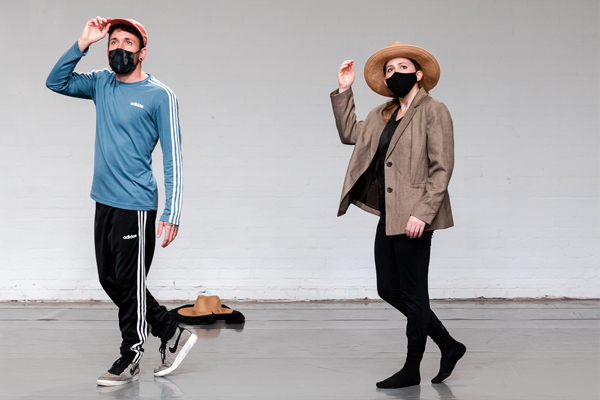 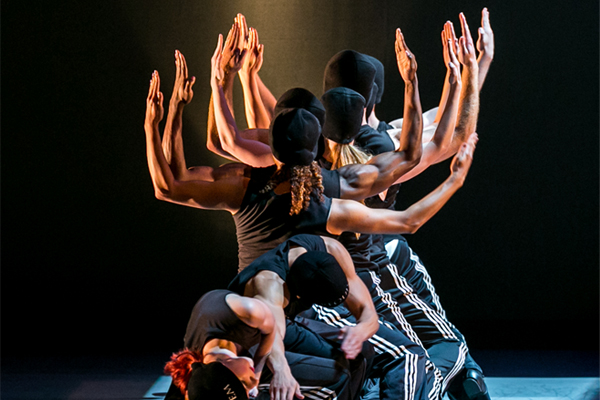 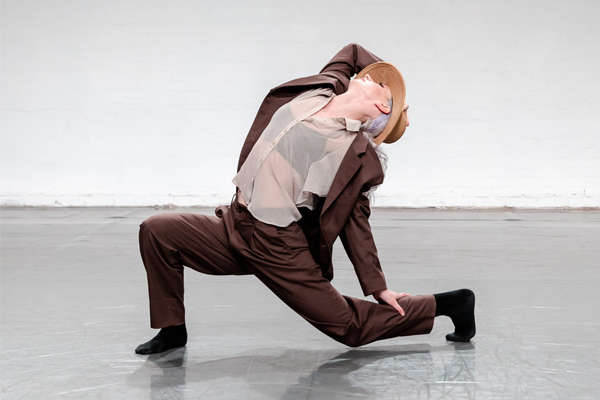 Román is clear in his perspective that artists of color should be supported and funded for their individual work and for their creative vision, not simply because they allow companies to tick a diversity box. Likewise, they should not be required to create work that appears to match audience expectations about what a choreographer with a particular cultural background “ought” to create. Luckily, reports Román, it was obvious from the beginning that Bruce Wood Dance was not merely playing optics. “That’s what felt really beautiful about this particular commission,” he notes. “I felt supported as a minority, but I also felt supported as an individual person. My art was given a space.”

Like other Dallas dance companies, Bruce Wood Dance has made the most of the pandemic, with virtual programming and outdoor productions that saw the company dancing across the Metroplex in masks and behind cameras. Most recently, the company created an incubator project entitled Wood/Shop to invite their dancers to exercise their choreographic muscles. Since February, new works choreographed by Bruce Wood dancers have been debuting virtually as a part of this program.

But the return to the stage marks a turning point—and a moment of joy and anticipation for company dancers and leadership. Artistic direct Joy Bollinger considers it a “profound accomplishment” for the dancers. “The presence of other bodies feeling the movement in the same exact space, at the same exact time, is simply magical,” she explains. “We view this performance as an opportunity to remind our community of the importance and significance of live dance concerts as means to share stories, encourage empathy, and cultivate connections between us.”

“Unite,” which will take place June 4-6 at Moody Performance Hall, will feature Román’s new work and a new work by Joy Bollinger entitled “Blue,” that wrestles with the meaning of dance during a pandemic. As Bollinger points out, “[As a result of COVID-19,] the very fundamentals of our craft were suddenly forbidden, and it became impossible, for a time, to imagine how we could connect not only to our audiences, but to each other…The piece follows this emotional journey paired to the music of Beethoven’s Piano Sonata #14 in Sharp Minor.”

Alongside these premieres, “Unite” will include two works by the company’s founding choreographer Bruce Wood. First Hide Me Angel, described by Bruce Wood Dance Executive Director Gayle Halperin as “a heartfelt male duet with amazing partnering expressing love and support. The second piece, Requiem, is a complex and lush work Wood created to the unfinished Mozart score of the same name. Halperin adds, “It’s a powerhouse of a dance with a full cast and a call to rise up in unity.”