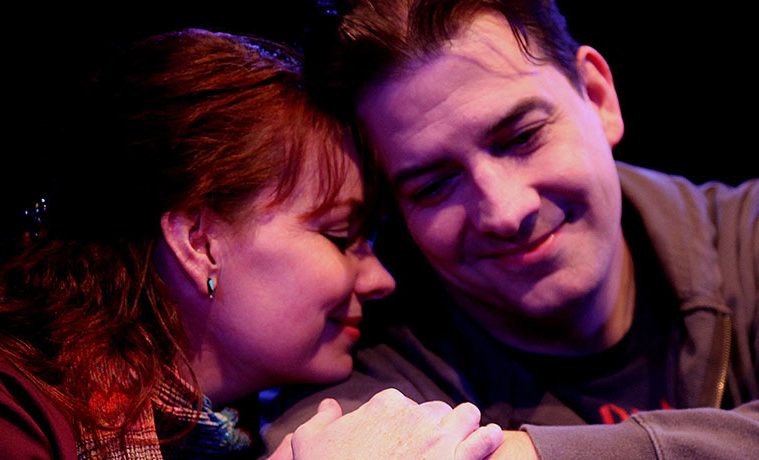 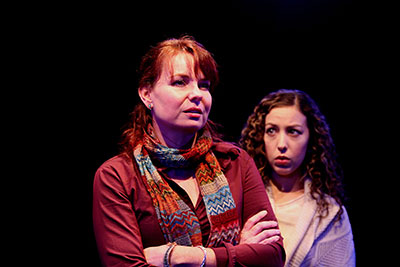 “I make a living off the suffering of strangers!” cries photographer Sarah Goodwin, the compelling protagonist in Donald Margulies’ Time Stands Still, running at Main Street Theater through April 19. And there, perhaps, is a place to begin the discussion about how journalists and photographers bring home the stories and images that make us recoil, think and wonder about our existence. Is what they do necessary? What are we required to do after we’ve read and seen their images? Are they heartless voyeurs? Are we?

“Sarah’s photography is a great overlay to the story,” says director Steve Garfinkel. “But the play is very much about the relationship between two people – Sarah and her journalist partner James – and the boundaries of what is appropriate.”

Margulies’ tight play is an intimate look at what happens when Sarah is nearly killed in a car bombing in the Middle East. Back in the Brooklyn flat she shares with James, she has to begin to pick up the pieces of her life, and discover again what she needs to be whole. She, James, her editor Richard and his new (and much younger) girlfriend Mandy struggle with this work that they do. The interplay of their relationships and how they support and repel each other was one of the things that made the idea of directing the show – the first Margulies play MST has produced – so exciting to Garfinkel. 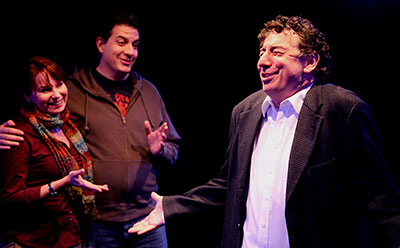 “What Sarah and Jamie are going through is never called PTSD,” he says. “But there’s that overtone. A lot what is discussed is violent discussions about mothers digging children out of the rubble of bombings. And it’s such a part of the characters’ lives, when they have to step back and look at it as something other than a job that blurs the line of work and morality.”

Main Street is no stranger to such heady and intricate topics. A few seasons back, the group’s production of Y York’s…And L.A. is Burning grappled with similar themes, albeit from the viewpoint of onlookers, not actual participants, the way Sarah and Jamie are. What makes this piece seem so much closer to home is the timeliness of the story, set in the very recent past, in a war whose repercussions are still making headlines.

In addition to the play’s immediacy, Garfinkel, who’s directed and written more than 20 plays, praises Margulies’ writing. “It’s an incredible piece of theater,” he says. “The action just pushes you along like a freight train, right from the get-go.”

That combination of compact writing and well-meshed relationships certainly puts the show well within Main Street’s wheelhouse, given the organization’s dedication to contemporary works that capture the human experience. Working with a cast of four, one of whom, Lisa Villegas, is making her MST debut as Mandy, Garfinkel says he gave the actors a lot of free reign to explore their characters and “diving deep” into their emotions and motivations.

“These are such strong actors, and smart people that we’ve all been surprised where these discussions have taken us, not just about the play and the characters, but about the world,” he says. “There was a point where I finally had to say, okay, we need to focus on blocking and hitting the right marks and all those technical things – we’re going to have an actual audience soon.”

He says there is an intimacy to the play, almost like being pulled through Sarah’s camera lens and into her world. The overlapping of dialogue, the push and pull of the characters as they grapple with whether or not this work has value are things he hopes will entice the audience to think about the juxtapositions in our own lives as people who read news and see these kinds of images in magazines and on television.

“At one point, Mandy asks, what am I supposed to do after seeing the pictures you take or reading the stories of suffering you write except be grateful that I was born in a part of the world where I have running water and can walk down a street without being shot?”

It’s a question he figures we’ll all ask ourselves, maybe over and over, after seeing the show.