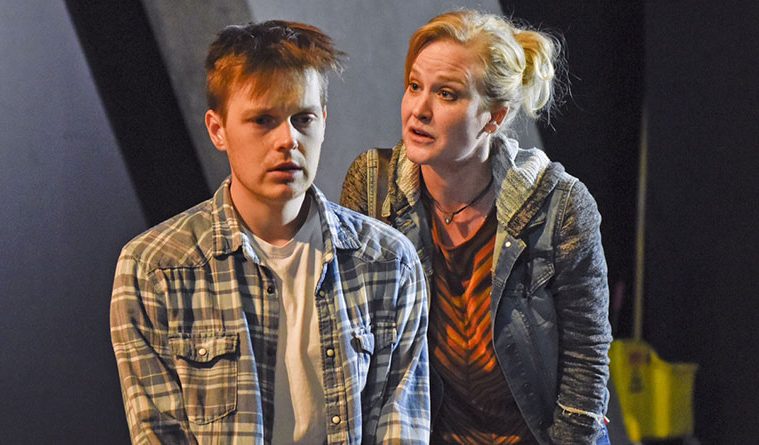 A Conversation with Samuel D. Hunter 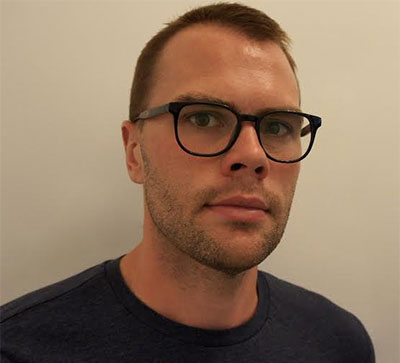 A+C TX:  How do your ideas usually arrive? Do you think first of a character, an image, or a line of dialogue?

SAMUEL D. HUNTER:  It’s usually different, play by play; Sometimes it’s something very specific and small, like a place I’m in, or a specific memory I have from childhood. But sometimes it’s something totally unexpected. With Clarkston, I was visiting my hometown in northern Idaho with my husband, and while we were driving through Lewiston and Clarkston, my husband jokingly said, “you should write a play called ‘Lewiston’ and a play called ‘Clarkston.’” And immediately I thought it was such a great idea, writing two plays set in these two towns, sort of unremarkable western towns, but with the backdrop of the Lewis and Clark journey looming over them. 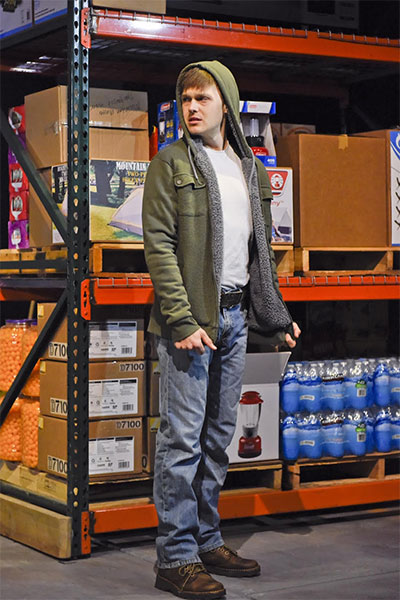 What is it like watching one of your plays performed?

It’s at once the most beautiful and awful thing in the world. There are those moments when a director, designers and actors suddenly lift the text up, elevating it to something you never even realized was possible, and you feel so grateful and happy. But then there are times when you know the text isn’t working, and these poor actors are suffering through it, and the audience is disconnected, and you just feel so embarrassed and naked. I feel like I want to crawl onto the stage and beg everyone’s forgiveness.

Many of your plays take place in seemingly bland modern American settings, such as in a Hobby Lobby break room. Why do these settings intrigue you?

Most of my plays have some sort of spiritual element to them. In Clarkston, this takes the form of the Lewis and Clark journey and this young man who is a descendant of William Clark who is struggling to find meaning and truth in his life. So when I’m writing about characters like this, I think it’s more dynamic to put them in places where God and meaning appear to be distinctly absent—corporate buildings, parking lots, chain restaurants, big-box stores, etc. Placing a character that is seeking God in a church is one thing, but placing that character in a break room at a Walmart is something else entirely. And maybe you can understand the need for God more clearly when you’re under harsh fluorescent lights and surrounded by discount junk food. 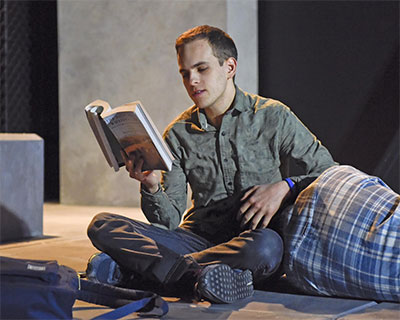 How is Clarkston distinct from your previous plays?

This play just feels much more delicate than most of my other plays. The scenes are very quiet. It’s not intensely plot-driven: there aren’t any guns or fight scenes or chest beating, shouty monologues. My plays tend to be quiet and small, but this one feels especially so. I’m hoping that it’s my most intimate play.

What do you hope audiences will walk away with?

This is going to sound sort of pretentious, but with pretty much everything I write, I hope people will come away from the experience with a feeling of faith in the value of human connection. Even though most of the plays I write go to some dark places, ultimately they are about moving forward and finding meaning through our relationships with other people. Which is, I think, the thing that theater does best.