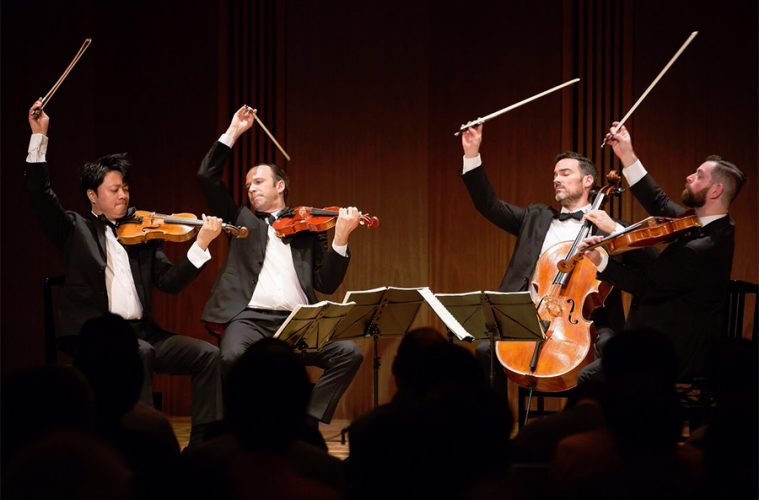 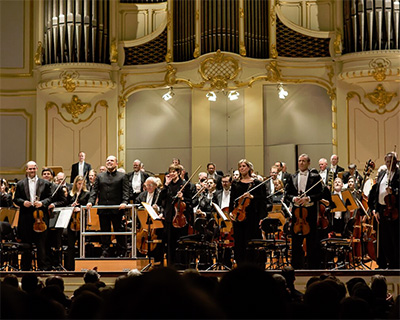 The Dallas Symphony Orchestra entered the musical lions’ den during its 2013 European tour.  It performed a suite from Richard Strauss’ Der Rosenkavalier in Munich, Germany, Strauss’ hometown. The group played Gustav Mahler’s Sixth Symphony in Vienna, which once was Mahler’s stomping ground, and in Amsterdam, whose Concertgebouw hall in 1920 hosted the first Mahler festival. “Dallas conquers the Concertgebouw,” proclaimed a Dutch review’s headline. “The ensemble … delivered an impressive testimony to the best in professional American orchestra culture,” a Munich critic wrote. Audiences cheered in city after city. After staying home for 10 years because of the recession and leadership turnover, the orchestra returned to the international spotlight.

“It’s one thing to say you’re a great orchestra, and you perform concerts night after night in your home town. It’s another thing to be recognized as a great orchestra among some of the most discerning audiences and some of the top performance venues in Western music,” said Jonathan Martin, Dallas Symphony Orchestra’s President and CEO. The 2013 tour went over so well that the orchestra had more invitations than it could accept for a 12-city trip next April.

With the recession in the rearview mirror, Texas groups are hitting the road again as cultural ambassadors for their hometowns and state. Houston Grand Opera took its staging of The Passenger, Mieczyslaw Weinberg’s Holocaust drama, to New York’s Lincoln Center Festival last summer. The Houston Symphony will perform in Colombia and possibly other Latin American countries in June 2016, and it’s lining up engagements for a 2017-18 European tour. 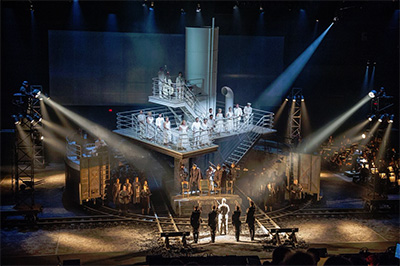 “You really have to go back to the Nineties to see the frequency of touring that we hope to bring back to the Houston Symphony,” executive director Mark Hanson said. The new motivation: stable finances and the advent of Andres Orozco-Estrada, who became the orchestra’s music director last fall. Orozco-Estrada should draw attention not only in his native Colombia, but in Europe, where his career is booming. Next year’s Colombia trip will cap off a cultural exchange that brings the Colombian Youth Philharmonic, which Orozco-Estrada helps lead to Jones Hall for Carmina Burana this July 17-18 to perform alongside the Houston Symphony.

Cultural ambassadors also come in smaller packages. The veteran travelers of the Miro Quartet, UT Austin’s quartet-in-residence, just played Beethoven’s complete string quartets in a five-concert cycle in Tokyo’s prestigious Suntory Hall. The group’s touring boosts the university’s recruiting, fundraising and relationships, cellist Joshua Gindele wrote in an email from Japan. For the musicians, who open Chamber Music Houston‘s season Sept. 15, foreign audiences offer special stimulation. “Chamber music is relatively new to Asia, so when we play in Japan, China or Korea, often there will be many listeners … hearing the music for the first time,” Gindele wrote. “In contrast, European audiences have been hearing this music their whole lives, and chamber music has been part of their culture for hundreds of years. This cultural difference creates very different environments for performing.”

Individual musicians may travel almost constantly, of course. The Dallas Symphony’s music director, Jaap van Zweden, doubles as director of the Hong Kong Philharmonic. HGO artistic director Patrick Summers appears regularly with San Francisco Opera, Austria’s Bregenz Festival and other companies. Though their schedules may be busy, their exertions hardly compare with the challenges of moving a planeload of musicians or truckloads of opera sets. HGO is weighing a couple of offers to perform outside Houston, managing director Perry Leech said, and the decision largely comes down to one thing. “At this point, I should probably sing you ‘Money, Money, Money’ to you, because touring an opera company is extraordinarily expensive,” Leech said. The Lincoln Center Festival offered HGO a fee that covered nearly all the expenses for taking The Passenger to New York. More often, touring demands raising major money – hundreds of thousands of dollars in the case of an orchestral tour lasting a week or two. Some donors may jump at the chance to support a trip that will publicize their business or their hometown, Dallas’ Martin said, but groups have to be careful not to cannibalize their day-to-day support.

But tours can pay dividends at home. After surviving the rigors of travel and playing for hard-to-impress audiences, the Dallas Symphony came home from its 2013 tour playing better than it did before it left Martin said. Outside-world accolades can win over potential donors by reassuring them that they’d put their money behind a first-class operation. Of course, glittering international reputations don’t come from just one tour. After the Dallas Symphony’s Munich concert, one critic judged the results “excellent” but added a followup: The performance, he wrote, showed that “the second rank of American orchestras need not shy away from comparisons to most top orchestras in most European cities.” Hmmmm. Faint praise? Maybe the orchestra can win him over next time.