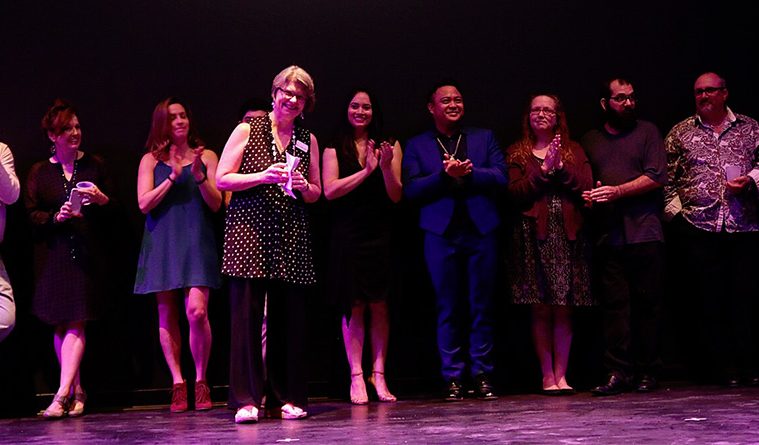 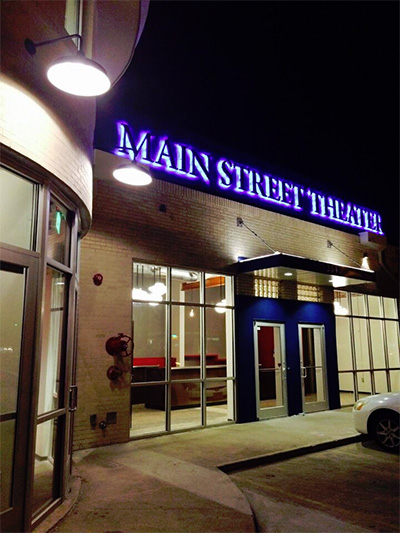 “This is a real milestone!” Main Street Theater executive artistic director Rebecca Greene Udden offers a wide smile, somewhere between extreme pride and a sense of wonder. “It’s our 40th year, and it’s a time to move forward and try new things.”

Those words can have any number of meanings, but Udden is talking about the one-two punch of a main-stage season that’s packed with new plays and regional premieres, all of them offered in Main Street’s newly renovated Times Boulevard location. Add to that the idea that the company’s artistic office and its much-lauded Theater for Youth series have a new home in the MATCH, and it really is a time of transition for the organization.

Udden knows that, but she dwells less on the transition than she does on moving forward, continuing Main Street’s mission to bring new and little-often-produced classical pieces to the stage, all using Houston’s deep bench of artistic talent.

“I’m not interested in bringing people in from other places,” she says. “Not that we never have, but the Houston theater community has blossomed over the last four decades, and we are so proud to be able to offer challenging work to our artists—and to produce quality pieces for our audiences.”

That’s evident in the pieces selected for this milestone season. Udden says the hardest part of her job is winnowing down the multitude of plays she sees or reads each year, in order to determine what to produce. Main Street opens the season with a new work by Lauren Gunderson, Silent Sky. Based on the true story of women working in Harvard Observatory at the beginning of modern astronomy, it weaves science, history and family ties into a tight drama. 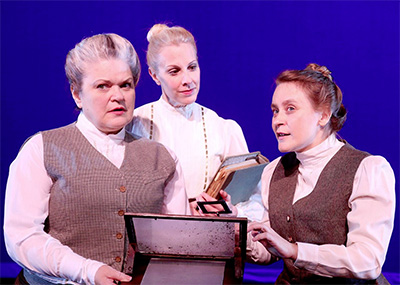 “What these women did was game-changing in terms of how we measure the distance to stars,” Udden says. “But these women felt out of place in science. This is a piece about figuring out what your contributions are and how you discover yourself.”

Self-discovery—and existing within the society—is also at the heart of Love and Information, Caryl Churchill’s setting of 57 scenes that explore how we connect and communicate with each other. Udden says this work, making its regional premiere on the Main Street Stage, is designed to reflect how we process information, how we love each other and how we react to life in the digital age, and she believes it will resonate with audiences who sometimes feel their attention spaces and lives are scattered by technology, even as that very technology allows us to draw closer.

Next spring sees the company’s world premiere of 1946, Thomas Hagemann’s look at a San Antonio family in the aftermath of World War II. It’s the second world premiere the company’s done of a Hagemann work; in 2010, Main Street mounted Breakfast at Eight. 1946 explores family ties and obligations, as well as what it means to live in the shadow of war, inspired by the playwright’s own family, as well as nods to historical figures such as Hank Greenberg and Frank Sinatra.

“If there’s a theme to this season, it’s the ways that we think about and relate to each other,” says Udden. “These shows are all about, who do we care about? What are our passions?”

That’s definitely on display in the final show of the mainstage season, a new rendition of the Studs Terkel classic, Working. Based on his book of the same name, Working is a musical that tells the story of myriad workers we often take for granted: teachers, secretaries, housewives, millworkers. Originally produced in Chicago in 1977, the show has been revived and reworked over the decades, most recently in a 2012 Broadway run, with composer/lyricist Stephen Schwartz partnering with Lin-Manuel Miranda.

“The great thing about this show is that everyone gets a chance to shine,” says Udden about the musical’s structure. Told through a series of vignettes, Working offers a glimpse into what people think about what they do and why they’re in these professions. “There are some changes from the original, obviously,” Udden goes on. “For example, being a phone operator is a different job now.” 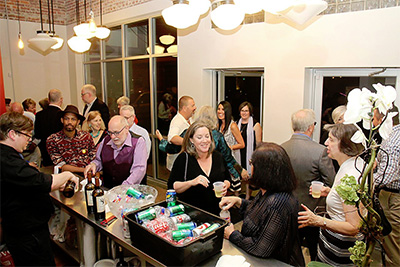 Bringing meaning to Houston’s theater scene has always been part of Main Street’s core mission, and theatergoers should be surprised by how different the company’s renovated space is—even as they rest easy knowing the company continues its commitment to bring an important voice for artistic expression in the city.

Main Street continues its partnership with the Prague Shakespeare Company this season, with two productions, Twelfth Night and Venus in Fur.

And the renovations keep the same number of seats in the house, 99, even as they’ve added to the company’s backstage spaces. There are new dressing rooms, a real stage manager’s booth that overlooks the stage (the space before was a cramped spot where the stage manager watched the action on stage via a monitor) and a beautifully redone lobby. There are spaces for mixing and mingling, and more stalls in the ladies bathroom. The result of a 3.5 million dollar capital campaign, the improvements make a stronger theatrical home for both the artists and the audience.

So what’s next for Udden and the company?  “I’m going to enjoy this,” she says. “And then, we’ll see what new opportunities come along for us.” She smiles that wide smile again. “Everything is going to be different, and we’ll find out together what it will be like.”