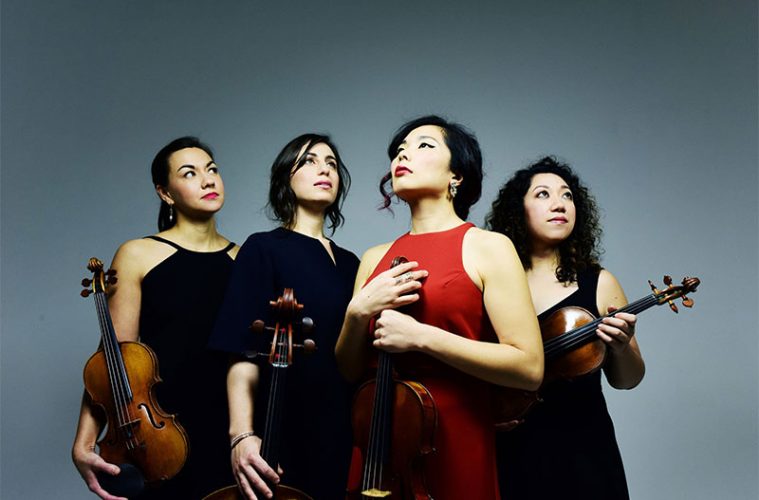 Da Camera presents The Aizuri Quartet in a program called “Music and Isolation" on Jan. 27, 2020 at The Menil Collection. Photo by Shervin Lainez.

Houston’s Da Camera bills itself as a presenter of chamber music and jazz, but that hardly gives you the whole picture. During the group’s 2019-20 season, a multimedia oratorio will look back at the world of early 1900s coal-mining towns; the duo of mandolin virtuoso Avi Avital and harpist Bridget Kibbey will range from Bach to Hungarian and Armenian folk music; and the Los Angeles Guitar Quartet will perform works by jazz guitarist Pat Metheny, rock legend Jimmy Hendrix and musical maverick Frank Zappa.

Artistic director Sarah Rothenberg singles out that night of Metheny, Hendrix and Zappa. “People have said to me, ‘Only with Da Camera does that end up on the classical series,’” she says, with a smile in her voice. “That just shows you that, increasingly, there are very soft lines between genres, not hard ones.” 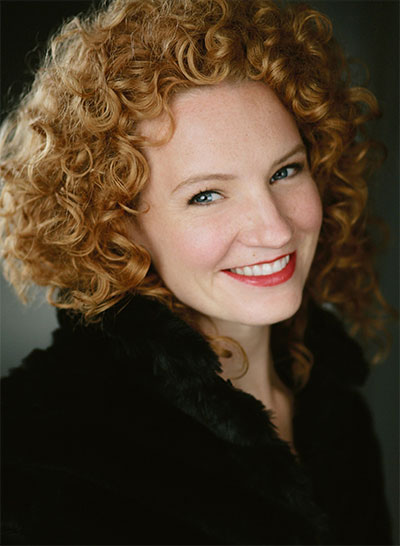 The group’s embrace will extend next season to towering figures from Bach and Beethoven to Virginia Woolf and Julia Child. Yes, the late TV chef will open Da Camera’s season Sept. 21, when mezzo-soprano Abigail Fischer portrays her in Lee Hoiby’s Bon Appetit!

Best-known for his operatic setting of Tennessee Williams’ Summer and Smoke, Hoiby based his culinary chamber opera on two episodes of Child’s public-TV show. At the climax, the unflappable chef–portrayed in the work’s premiere by singer-actress Jean Stapleton of All in the Family fame–presents her handiwork fresh from the oven.

“It’s staged so that she actually mixes eggs and all this stuff onstage,” Rothenberg says. “At the end, if all goes well, a chocolate cake comes out. People who watched Julia Child know that things don’t always go well. That’s what makes it so funny. She was always so terrific with spontaneously dealing with whatever mishaps occurred–as we all know often happens in the kitchen.”

Bon Appetit! will share the program with another romp for solo voice and chamber ensemble. Bass-baritone Ryan McKinny, who starred in Houston Grand Opera’s recent staging of Mozart’s Don Giovanni, will cut loose in Le bal masqué, a carnival in song by Francis Poulenc. The French composer’s music is known for its rambunctious streak, and  Le bal masqué stands out as “one of his most wild, surrealist, funny, entertaining works,” Rothenberg says.

Vocal music will play a big role in the rest of the season, too. Mezzo-soprano Jennifer Johnson Cano, a Metropolitan Opera regular who last performed for Da Camera in 2015, will join Rothenberg in a concert looking back at two great female artists: British author Woolf and pianist-composer Clara Schumann, wife of Romantic icon Robert Schumann. The program’s linchpin will be From the Diary of Virginia Woolf, a Pulitzer Prize-winning song cycle by Dominick Argento. 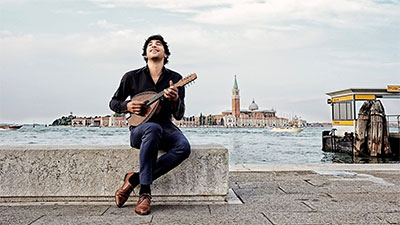 “He selected diary entries (running) from 1919, when she was young, up until the last entry before she drowned herself in the river near her country home,” Rothenberg says. The cycle unfolds as “little scenes from her life–entries about what it means to be a writer, what it means to be a woman. You have real insight into her creative thinking. And they’re set extremely lyrically. I find it to be an extremely moving work.”

Up-and-coming baritone Davóne Tines will make his Da Camera debut in a song recital putting Franz Schubert and Johannes Brahms alongside Julius Eastman, a once-neglected African-American, and Caroline Shaw, a Shepherd School of Music graduate who landed a Pulitzer Prize in 2013. As the season finale, the Houston Chamber Choir and new-music group Bang on a Can All-Stars will join forces in Julia Wolfe’s Anthracite Fields.

Melding music and archival film to conjure up the vanishing world of Pennsylvania mining towns, where Wolfe grew up, the Pulitzer-winning oratorio shows how technological change has upended parts of U.S. life.

“Julia drew on oral histories of workers, (whose families) sometimes had worked in the mines for generations. You get a real sense of the way of life, what the dangers are, what this meant to people–a record of points of view that we’re not always aware of,” Rothenberg says. She adds that Anthracite Fields also offers “a very telling representation of the kinds of things composers are concerning themselves with now–in terms of digging into issues that are before us, and turning them into musical works.” 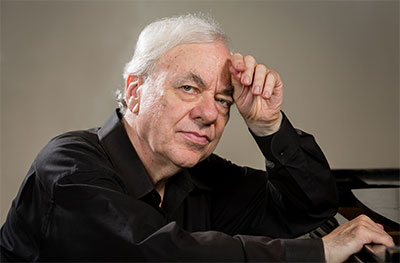 Pianist Richard Goode, who opened Da Camera’s just-ended season, will return for an all-Beethoven recital that will open the group’s celebration of the Viennese trailblazer’s 250th birthday. Following the example of its Beethoven quartet cycle a few years ago, Da Camera will present performances of his 32 piano sonatas spread among locations across Houston. Details will come out later.

Spotlighting another musical titan, pianist Jeremy Denk will perform Book 1 of J.S. Bach’s Well-Tempered Clavier–that’s right, all 24 preludes and fugues in one sitting. That will be one of several programs getting double performances so Da Camera can fit the expected turnout into the Menil Collection. “I’m sure we could sell Jeremy Denk in (a larger) place,” Rothenberg says. “But the music is so intimate.  To hear this in the Menil Collection is something people will never forget.”

What about honest-to-gosh chamber music? Yes, the season will bring some, including two quartets making their Houston debuts. The Quartetto di Cremona will feature music by its Italian forebears, including Giuseppe Verdi, Giacomo Puccini and Ottorino Respighi. The Aizuri Quartet will bring a program titled “Music and Isolation,” focusing on composers who followed their own lights: “musical outliers,” as Rothenberg describes them, including Beethoven, medieval mystic Hildegard of Bingen and 20th-century innovator Conlon Nancarrow.

And the venerable Brentano Quartet returns for a program including the Houston premiere of a Da Camera co-commission, Matthew Aucoin’s String Quartet. Aucoin, who hosted and performed in a Menil concert last spring, will come back to introduce his new creation. The work will represent a departure, Rothenberg says, for a composer mainly known for opera and song. 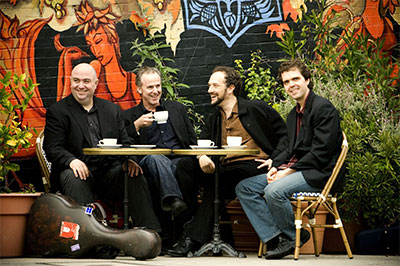 “I’m very excited to see what he’s going to do with the string quartet, since this is non-vocal and non-text writing,” she says. “He’s extremely knowledgeable about the past. … He has tastes that don’t fit into a narrow category. He is drawn to both music that may come out of the minimalist traditional, and also music that comes out of a tradition of great complexity.”

“His ability to embrace these disparate styles and his intellectual ability to deal with all that makes him one of the leading composers of his generation … That’s one of the exciting things about getting involved with a composer when he is so young. We get to be part of the whole trajectory.”

On the jazz side, the season will bring return visits by pianist Vijay Iyer, saxophonist Branford Marsalis and the Dafnis Prieto Big Band, and Da Camera will celebrate the 80th birthday of the Blue Note recording label with a triple-bill concert including HSPVA alumnus James Francies and his trio. They’re part of a lineup growing to seven programs. “We’re excited about expanding our jazz series,” Rothenberg says, “because we play such an important role in bringing these artists to Houston.”