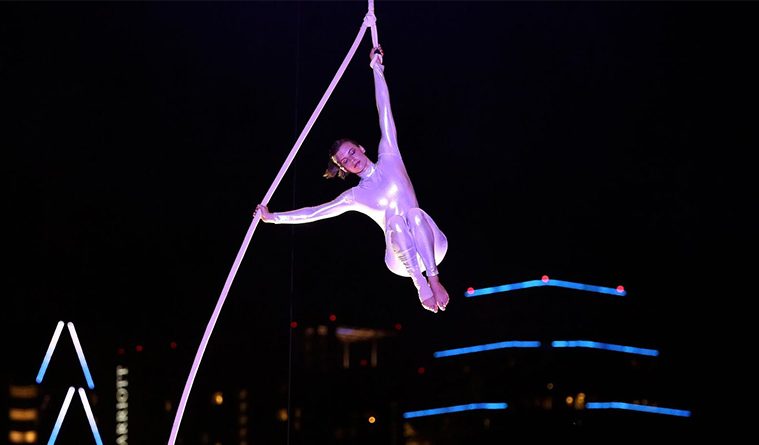 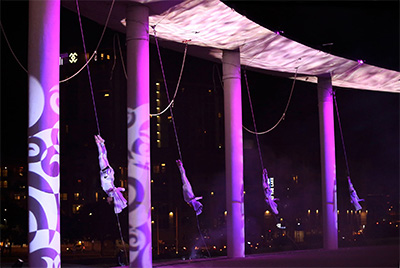 The Dance/USA conference was held in Austin this past June, a first for the capital and the organization’s second visit to Texas (Houston, 2009).   For me, it was a chance to hobnob with my peers from all over the US, expand my arts toolbox with the broad spectrum of talks and workshops and to spend some much-needed quality time with the Austin Dance community.

The celebration got underway with a Ballet Austin performance of Stephen Mills’s sleek Carbon 53 (Clapping Hands), a video montage of KLRU Austin PBS/Arts in Contexts films on Austin’s leading dance makers, and concluded with a dress rehearsal of Blue Lapis Light’s site-specific aerial dance Radiance, with the city of Austin as a stunning backdrop. Later in the week, Performa/Dance’s 4×3 offered a strong set of works by Jennifer Hart, Erica Gionfriddo and Curtis Uhleman of ARCOS and Larry Keigwin. 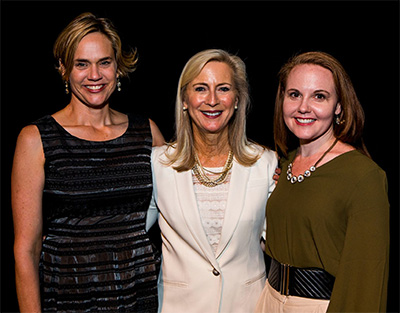 The conference was also a time to acknowledge those who have made significant contributions to the arts, and how wonderful that some Texans were among those honored! Black Dallas Dance Theatre founder Ann Williams won the ‘Ernie’ Award, while Sarah and Earnest Butler won the Champion Award. The Trustees Award went to Ella Baff, former executive and artistic director of Jacob’s Pillow Dance, while the Honor award went to Urban Bush Women founder Jawole Willa Jo Zollar. Then in a surprise announcement by Forklift’s Allison Orr, Ballet Austin’s executive director Cookie Ruiz was honored for her tremendous service to the Texas dance community.

In a very Austin-y touch, the opening plenary took the form of a charming, casual, back porch conversation with choreographer and educator Sandra Organ Solis, ARCOS’s Eliot Gray Fisher and Agni Dance founder Prakash Mohandas, with Fusebox Festival’s Ron Barry moderating. We got a chance to listen in on some ideas, concerns and accomplishments of Austin’s dance artists. 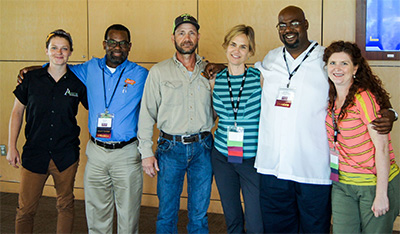 Several Texas dancers and choreographers showed up for Fractured Atlas’s Free Bootcamp, which received raves from the attendees. The programming offered several tracks, and I tried to fill in some missing pieces in my own knowledge base. Dance and Disability: Designing Our Future with Victoria Marks, Mary Verdi Fletcher, Allison Orr, Carla Peterson and Anne Coates proved to be a terrific update on the national scene for dance and disability. This was also a great opportunity for me to learn more about Forklift’s BodyShift program. And what a joy to watch Orr and Krissie Marty at work in their Cross-Sector Collaborations break out session, which included performers from several Forklift projects: Don Anderson (The Trash Project), Allen Small and David Teltow (PowerUP) and Lara Schuman (The Trees of Govalle). This was an excellent chance to learn from the performers/workers themselves how Orr and Marty put their large-scale projects together. Kudos are also due to Jenni Rebecca Stephenson and Stephanie Todd Wong for their excellent session, Real Talk: Reclaiming Professional Success As a Dance Artist. 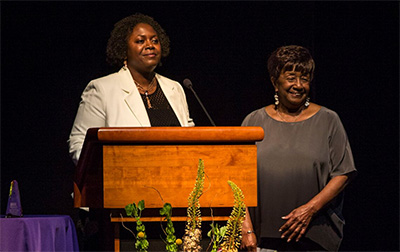 We don’t necessarily think dance when we think of Austin, yet so much is going on there that is unique and quirky, as you might expect from a city whose tag line is “Keep Austin Weird.” Gracious thanks to the host committee for offering a warm Texas welcome to the national dance community. I have no doubt that people left thinking that Austin is vibrant and growing dance city.