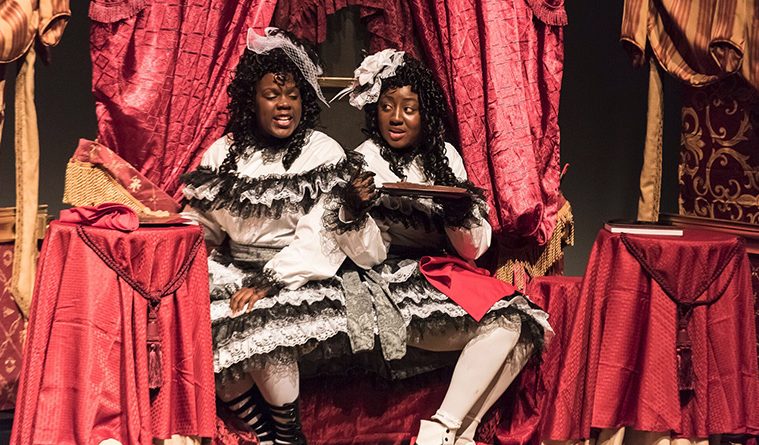 Fade to Black: Creating a Space for African-American Theater in Houston

Mara McGhee and Courtney Phipps-Jones in Incredible Darling by Asia Nichols at the Fade to Black Festival 2017.
Photo by Jonathan St. Mary. 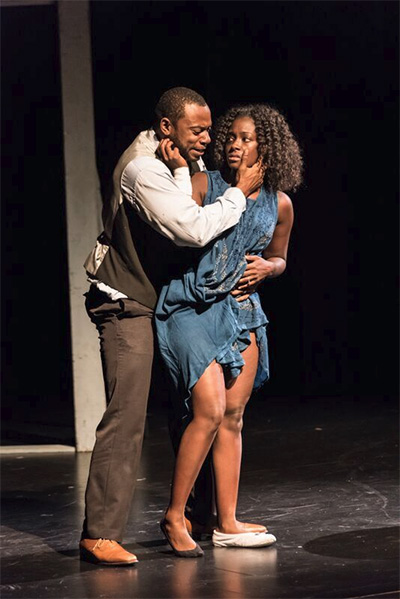 Nicholas Lewis and Armani Greer in Blithe Taste by Markietha Ka’Von Singleton at the Fade to Black Festival 2017. Photo by Jonathan St. Mary.

While Houston is routinely lauded as the most diverse city in the United States, this isn’t always apparent at the local level.   Representation of African-American identities is still relatively rare. When one thinks about African-American theater, the first name that comes to mind is The Ensemble Theatre. Founded by George Hawkins in 1976, Ensemble consistently fills this gap. Still, there is no reason that a city like Houston can’t support multiple organizations dramatizing what it means to be Black in America.   Enter Fade to Black, which takes its name from the process whereby a scene gradually changes until it is completely black, Fade to Black,  which launches its annual festival June 21-23 at MATCH in Houston.

Founded in 2013 as the premier product of Shabach Enterprise, the Fade to Black Play Festival remains Houston’s only theater festival that is exclusively dedicated to amplifying the voices of African-American playwrights. The festival addresses the need to develop new work by African-American playwrights. It’s no surprise that playwrights of color face challenges, not only in being produced, but also in finding development opportunities. The organization’s mission is three-fold: to foster public awareness and cultural appreciation of the performing arts in the African-American community; to promote positive networking opportunities among entrepreneurs and corporations; and to encourage all individuals who possess a love for the performing arts to engage themselves with the vision of Shabach Enterprise. By meeting this mission, Fade to Black has produced over 80 black playwrights from across the country and created an annual home for theater artists to flourish in Houston.

“I never saw any play festivals that represented me and I didn’t see any plays that spoke to the African-American experience,” notes Denise O’Neal, Founder and Executive Director of Fade to Black. “African-American playwrights are neglected across the country. They just don’t have the opportunities. So I learned from other festivals what a play festival looked like. We had our first Fade to Black Play Festival at Obsidian in 2013 and have continued to grow ever since.”

Each year, the festival features ten new 10-minute plays that share different aspects of the African-American experience. While the playwrights must be Black to submit to the festival, the festival employs approximately 75 artists of all racial backgrounds each year. In this way, Fade to Black is invested in multi-cultural collaborations between artists of disparate backgrounds. 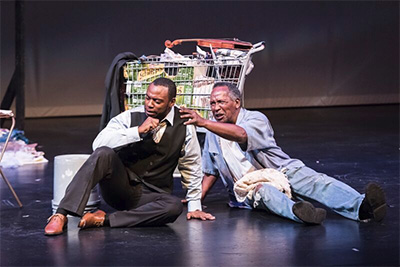 Nicholas Lewis and Byron Jacquet in Blithe Taste by Markietha Ka’Von Singleton at the Fade to Black Festival 2017 . Photo by Jonathan St. Mary.

In April 2018, Fade to Black announced the playwrights whose work will be staged at this year’s Festival. From around 200 plays, the organization chose work by the following playwrights: Calley Anderson, Yunina Barbour-Payne, Maya Critchlow, Vincent Terrell Durham, Peter Fields, Ken Green, Lionell A. Hillard, Eric C. Jones, Brandon Riley, and TJ Young.   Notably, four of these playwrights live in Houston and one comes from San Antonio, giving this year’s festival a Texas flair. These playwrights’ new and unproduced scripts were paired with some of  Houston’s best directors who work towards staging their plays during the festival. Directors for this year’s festival include Kayla Boffone, Alric Davis, Richard Jeffery, Roshunda Jones, Dana Joseph, Dabrina Sandifer, Steward Savage, Zack Varela, Curtis Von, and Errol Wilks.

Houston playwright Maya Critchlow is the first college student to make the festival. As someone who has been making theater since she was four years old, Critchlow is honored to be included in the festival. “This truly feels like the world has opened its arms to me. The Fade to Black Festival is important to me because it will open me up as a young playwright,” says Critchlow, adding “I’ve always dabbled in writing, but I  never gave myself a chance outside of my room.  This time I’m taking it a step further and I will be able to work with professional directors and actors to be able to see my piece come to life.” 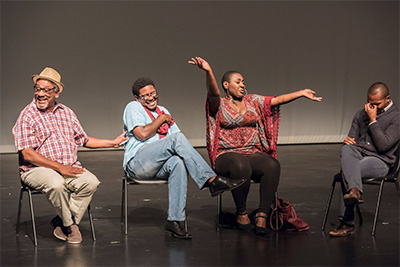 Joseph Bennett and Earll Washington, Brittany Turner, and Reggie Choyce in R.I.P by Chuck Cummings at the Fade to Black Festival 2017. Photo by Jonathan St. Mary.

Playwright TJ Young felt like he needed to leave Houston before he could get any work produced. He lived in San Antonio from 2008 until 2017 where he continued to develop as a theater artist. Speaking of the importance of Fade to Black, Young claims: “I have found that new plays become a hard sell because producers don’t see them as sure money makers. New Black plays are even more of a risk, and in a city like Houston I’ve seen very little chance to move past a reading to a production. For Fade to Black to commit to actually staging my play, even at 10 minutes, and for my family to have access to the work is phenomenal. My community can see my work, which makes me beyond happy.”

As Fade to Black celebrates its sixth year, Denise O’Neal feels like Houston is finally catching up to the work. “We are finally coming into our own. We are becoming more recognized within the city. We are recognized across the nation. People know about us now,” remarks O’Neal, adding that Fade to Black is in a good place of growth and is finally being recognized for its important contributions to the Houston theater scene.