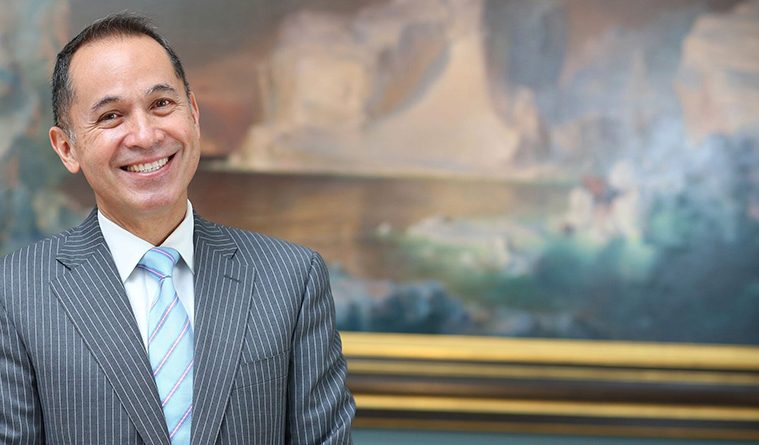 Fantastic Spaces: Where Will a Former Architect Take the DMA? 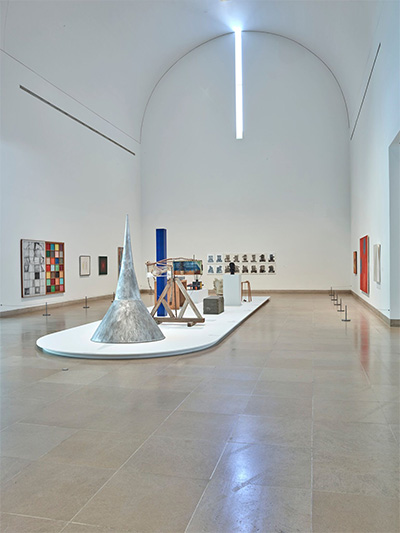 Given the centrality of immigration to the 2016 election and Texas’s status as a red state with an ascendant Latino population, this summer’s announcement that the Dallas Museum of Art  had hired Agustín Arteaga, a museum director in Mexico City, and that he would be moving, with his husband, to the Lone Star State to run the Dallas Museum of Art, was bound to turn heads.

“Mr. Arteaga’s selection, taking place against the backdrop of the presidential campaign and Donald J. Trump’s call for a border wall between the United States and Mexico, sends a strong signal that the Dallas Museum wants to be seen as an international institution, with a focus on Latin America and the Caribbean,” New York Times critic Randy Kennedy wrote in July.

Closer to home, Art & Seek’s Jerome Weeks noted that Arteaga, who has helmed museums in Mexico City; Ponce, Puerto Rico; and Buenos Aires, would be “one of the very few Latinos heading up a major arts organization in North Texas, period,” and quoted him as saying “Mexican art and Latin American art would be a key component of our programming” while emphasizing inclusion for all communities. In October, Arteaga took a major step toward delivering on that promise, announcing the hiring of Anna Katherine Brodbeck, an expert on Latin American art as well as Islamic art, as assistant curator of contemporary art.

DMA board members have rightly stressed Arteaga’s impressive resume, which also includes a two-year guest curatorship at Paris’s Galerie Nationale du Jeu de Paume and a three-year stint as deputy director and curator at Mexico City’s Museo de Arte Moderno. At MUNAL he helped forge partnerships with top European and American museums including the Grand Palais and the Metropolitan Museum of Art. His Mexican origins are “an added bonus,” board chair Melissa Fetter told Weeks in July.

The part about Arteaga coming with a husband, Carlos Gonzalez-Jaime, was noteworthy mainly as a sign of the times, given the recent arrival of gay marriage in Texas. Also a sign of the times:  no one seemed to notice, apart from a blurb in the city’s gay-focused publication, Dallas Voice, which noted that an “out scholar” would run the DMA.

More interesting as an indicator of how Arteaga might lead, but nearly unremarked upon so far, is a third aspect of his identity: that of architect—his profession before entering the museum field. 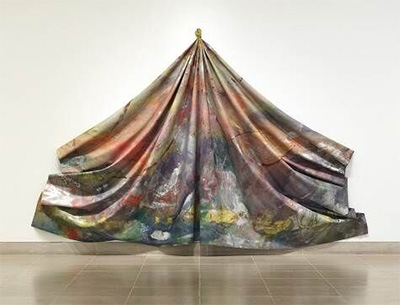 “My first job was as an architect in the Department of Monuments in Mexico City,” Arteaga says in an introductory video posted shortly after his September arrival on the DMA’s YouTube channel. “I was completely seduced by the fact that humankind was able to build fantastic spaces to live in and to be impressed by.”

Recently Arteaga told me he first started visiting Dallas as an architect, eager to see the DMA’s then-new Edward Larrabee Barnes building, which opened in 1984 and added its Hamon wing in 1993. (During the 1990s, he kept coming, both as an architecture aficionado and as a curator, borrowing Impressionist works from the DMA and other U.S. museums to supplement an exhibition with a trove of 41 loans from Paris’s Musée d’Orsay, and Roy Lichtenstein’s Head with Blue Shadow (1965), from Raymond Nasher for a Lichtenstein sculpture survey.

A lot has changed since 1993, when Michael Kimmelman could write of the DMA in the New York Times  that there was “too much architecture for the amount and quality of art in the new museum.” Most notably, the DMA has become a major player in the field of contemporary art, as evidenced by the November acquisition of Leaf (1970), a major “Drape” painting by Sam Gilliam, a figure in postwar American abstraction. Further bolstered by promised bequests from Dallas’s Hoffman, Rose and Rachofsky families, the DMA’s problem these days is that it lacks permanent gallery space for what is arguably its greatest strength. (Currently, the DMA addresses the problem by leaving contemporary collection shows up longer than usual. Passages in Modern Art: 1946–1996, on view through May 28, is just over halfway through a 14-month run.)

Arteaga understandably deflected questions about how he might address space issues—and whether the museum’s budget might need to grow to keep up with ongoing and upcoming initiatives—citing the museum’s upcoming five-year strategic-planning process.  But as we were getting off the phone, wrapping up a conversation peppered with more architects’ names than artists’, he said his training and experience as an architect had profoundly influenced his leadership style as a museum director.

We’ll see what comes out of strategic planning, but architects like to build. It’s hard to believe an aspirational museum that last expanded nearly 25 years ago would hire a former architect “seduced” by “fantastic spaces” with experience guiding renovations and building projects at two of his previous posts if it wasn’t thinking Dallas might be a fine site for his next one.