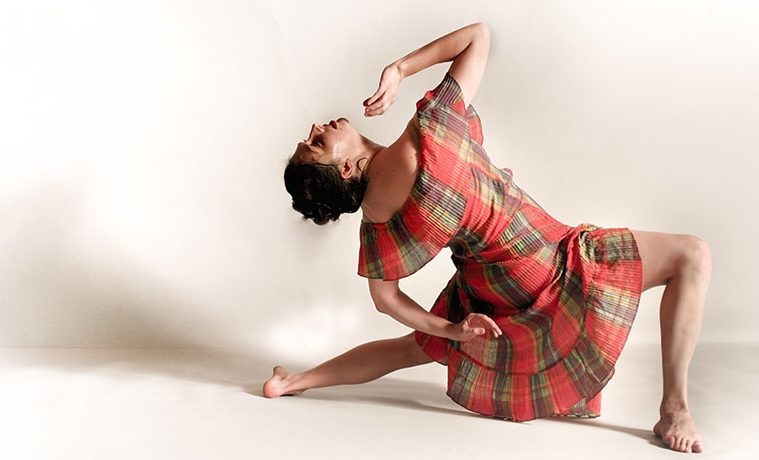 IMAGE ABOVE: Amy Diane Morrow in The Lady Of. Photo by Rachel Bruce Johnson. 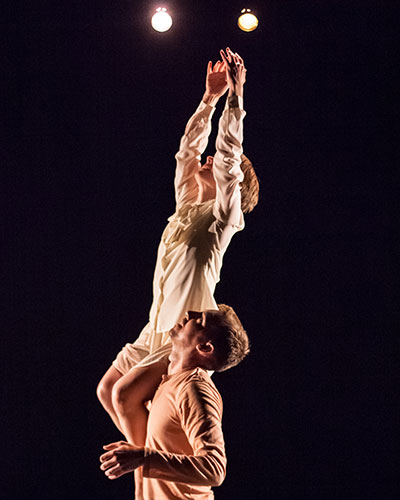 “I’m interested in work that is exciting, fresh and unpredictable,” says Astrid von Ussar, Dance Gallery’s artistic director, who is also showing work during the festival. “We look for new artists who we can help to the next level and connect them with other opportunities.”

And indeed, some of these artists, along with more established artists, will get a chance to perform in The Dance Gallery’s New York engagements on Oct. 24-26 at the Ailey Citigroup Theater as part of the traveling portion of the festival. In New York, The Dance Gallery will take place Oct. 24 &26 with The Dance Gallery UP Close on Oct. 25, and Level UP on Oct. 26. Level UP artists include 2014 Princess Grace Award recipient and Ballet Austin New American Talent finalist Gabrielle Lamb, Manuel Vignoulle and Joshua Peugh/Dark Circles Contemporary Dance. 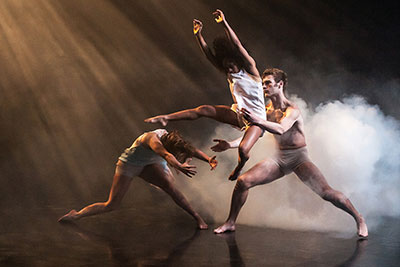 But let’s get to back to the Texas Experience. The festival includes a master class series and guest artist residencies, which include choreographing a new work on Sam Houston’s upper-level students. Each of the Texas participants will be teaching a master class for a total of 10 total classes happening over a three-day period. Astrid von Ussar and Maurice Causey will also be setting work on the Sam Houston students.

“Astrid has offered to set a work on four of our students and present it in this year’s festival,” says Noble, associate professor of dance at Sam Houston and associate artistic director of the festival. “It is a very exciting opportunity for our students, as several of them have never been to NYC. Maurice, formerly of the Forsythe Company, was a choreographer in the festival two years ago, and we got to observe him teach a wonderful master class. His movement is fresh, and having a dancer/teacher of his caliber working with our dancers is an opportunity we could not pass up.”

In curating the festival with von Ussar and David Deveau, Noble has kept an eye out for Texas talent. “We have really put an emphasis on Texas companies,” he says. “Past festivals have featured such Texas groups as Hope Stone, MET Dance, Kathy Dunn Hamrick, Suchu, David Justin, Amy Llanes and Laura Harrell. Several of our students have gone on  to work with Dance Gallery artists after they graduate. Most recently, Sarah Hammonds is in her first season dancing in Dark Circles Contemporary Dance.” 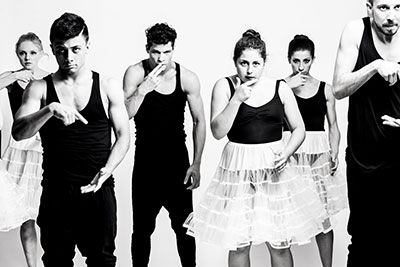 The in-demand Peugh is hardly an emerging artist. After a recent rave for Slump, set on Philadelphia-based BalletX, from Alastair Macaulay of the New York Times, he’s reached “one to watch” status.  Peugh has also recently set a new work on the Los Angeles based BodyTraffic, named as one of “25 to watch” in Dance Magazine.  Peugh’s work with Dark Circles deserves mention as well. This youngish troupe has been dominating the Dallas scene since the get go. This year his company is featured in Level Up in New York, which showcases three dance groups ready for the next level in the development. In Texas, the company will perform his whimsical Marshmallow, which proved one of the hits of the Dallas DanceFest.  In NYC, the company performs Slump as well as a world premiere work. “We participated in the festival in Texas last year and really enjoyed the experience,” says Peugh. “The space is great and the audience is warm and receptive. David [Deveau] is a great lighting designer, and the festival was a great opportunity for networking. It’s also nice to perform the work more than once.” 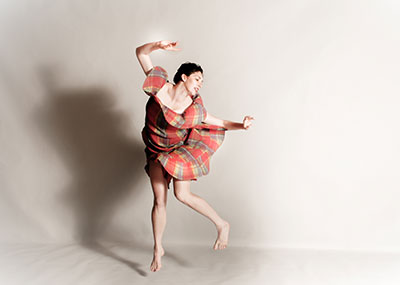 Amy Diane Morrow in The Lady Of.
Photo by Rachel Bruce Johnson.

Morrow has just recently returned to Austin, so the festival offers a great opportunity to get her work seen. She will be performing a solo, The Lady Of, which is an excerpt from her one-woman show, Hiraeth [ a portrait series ].  “It’s dedicated to my grandmother, and I’m wearing her dress as well,” says Morrow, who is a first time Dance Gallery participant. “I don’t want to give too much away, but I do get to the story behind a date that she had with John Wayne in Rio.” Morrow divides her time between Texas and Tel Aviv, and has the rare distinction of being the only certified Gaga teacher in Texas and the entire Southern region. Morrow is excited to be part of both locations of the festival this year for many reasons. She explains, “I like when dance is presented where it’s needed.”