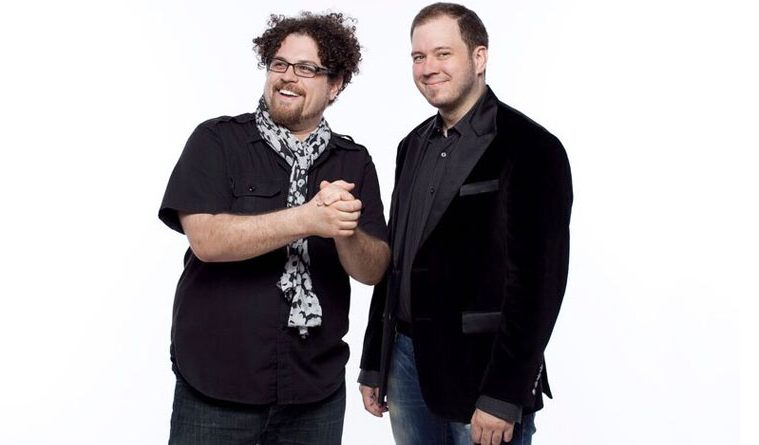 Fort Worth Opera Comes Into its Own 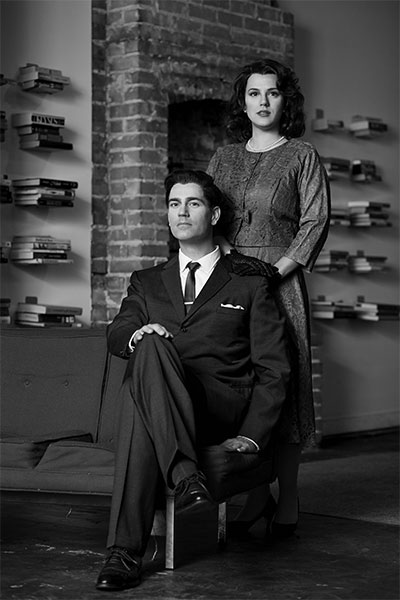 Matthew Worth and Daniela Mack as Jack and Jackie Kennedy in the Fort Worth Opera production of JFK. Photo by Alex Lepe.

There’s a lot for the Fort Worth Opera Festival to celebrate this year: the company marks its 70th anniversary, its festival structure turns 10, and its latest commission, JFK, is set to create a Texas-sized buzz in the Lone Star State and beyond when it premieres April 23-May 7, 2016.   All of that makes General Director Darren Woods proud and excited to be leading the company, which is increasingly known for embracing new work.

“When we changed over to a festival format, we completely changed the DNA of the company,” says Woods, who’s led the organization for 15 years. He floated the idea of a festival format during his third year with the company. Sharing Bass Performance Hall with other organizations often led to scheduling nightmares. While the two companies don’t compete with each other, per se, Woods believed that a four-week festival would allow the smaller company to do different things, and cross-promote to audiences in both Big D and Fort Worth.

“I grew up with the St. Louis and Santa Fe festivals,” says Woods, who was a singer for years before moving into administration. “That was a format I knew well.” The new format has allowed the opera company to blend a series of beloved standards, new works, chamber operas and less-known operas by major composers into its mix. On this year’s bill is The Barber of Seville; Buried Alive–Embedded, two one-act regional premieres, and JFK, a world premiere commissioned by the company.

Additionally, in the last week of the festival is the annual Frontiers program, May 4–5, 2016. In its third season, Frontiers allows attendees to see 20-minute segments of eight new works that are at the beginning of their creation. Works submitted to Frontiers are judged by a national committee of opera and music experts, and audience members have the chance to learn more about how the art form is created. The whole festival looks enticing, but I am especially excited by Guy Barash’s opera, Alice Invents a Little Game and Alice Always Wins, based on the play by University of Houston faculty Nick Flynn, and Mikael Karlsson’s Diana Vreeland, with a libretto by Royce Vavrek.

That’s a whole lot packed into a four-week cycle. Yet, ten years since the festival format was introduced, audience feedback is enthusiastic, and Woods says the company has made a name for itself as a place where new works can thrive. “I don’t think any arts organization can be a museum and still thrive,” he muses. “We can appreciate the canon, even as we’re looking for the next Verdi and Puccini.”

Tyson Deaton will conduct the Fort Worth Opera production of Buried Alive-Embedded, April 24-May 7. Photo by Rasy Ran.

The organization may well have found exactly that in the team of JFK composer David T. Little and librettist Royce Vavrek. They gained national acclaim for their 2012 outing, Dog Days, hailed as “gripping” and “taut” by the Wall Street Journal and lauded for “music of emotional insight” by the New York Times. The provocative and decidedly modern opera put the team on the map; Fort Worth showed it at last year’s festival.

“We began talking to David and Royce about three months before Dog Days premiered,” says Woods. “We wanted a Fort Worth story, but one that had some national resonance, to commemorate this year’s festival. These guys have such a youthful vigor in their approach, and by the end of the meeting with them, they were saying, ‘We have to write this,’ and we took this risk and commissioned them. Then, of course, Dog Days came out, and they were practically household names.”

JFK explores the night President John F. Kennedy and his wife, Jacqueline spent at the Hotel Texas in Fort Worth – the night before the fateful trip to Dallas, where Kennedy would be assassinated. The trip was part of a campaign swing through Texas in November of 1963. Ruth Carter Stevenson, founder of the Amon Carter Museum, along with two other patrons of the arts, Owen Day and Sam Cantey III, decorated the hotel suite where the President and First Lady were staying with a special collection of paintings. Woods says Little and Vavrek zeroed in on that to use the paintings as a portal for exploring the life of the Kennedys.

“We really did our research—and I’m Canadian, so there was so much that I didn’t know about how Kennedy fits in to the American psyche. But that distance also gave us the opportunity to be more objective.”

Vavrek emphasizes that he and Little were careful to honor the spirit of the Kennedys, as well as honing in on the fact that the Texas trip came at a pivotal moment in the couple’s political and personal lives.

“Jackie was really committing herself to the campaign; she’d never campaigned with Jack before,” says Vavrek. “And she was doing this as she was going through the grief of losing her son Patrick [who had been born in August of 1963, and lived only two days]. Meanwhile, Jack is going on his own odyssey and dealing with some of his own demons.”

Vavrek says the opera is representative and evocative, looking at how different fates intertwined as the Kennedys hurtle forward to destiny. “Life is fleeting,” he says. “And I hope people get a sense that we are lucky to have the time that we have, to share space with each other. Every moment we’re given has meaning.”

Woods expresses both awe and pleasure over the finished opera. “We knew it would be big, powerful, but we had no just how big. This is exactly the piece we wanted—and it will be challenging and show us what it means to be human,” says Woods. “ There are moments that are resonant of Der Rosenkavalier. This is a presentation that reminds us that these people were deeply flawed; they’re human just like the rest of us.”

Perhaps more than that, though, Woods likes knowing that the commission and the festival demonstrate yet again how the company is an incubator for new works. He says Portland and Vancouver opera companies have approached him, seeking his input. He adds, “I feel so gratified over what we’ve been able to accomplish as a company.”