When the doors of Bass Performance Hall open for the Fort Worth Symphony Orchestra’s first concert of their 2022-23 season this September, it will also mark the beginning of a new era for the 110-year-old organization. The new artistic vision, as FWSO President and CEO Keith Cerny describes it, is one that took months of discussion, planning, and strategizing with their newly-appointed Music Director Designate Robert Spano and members of the board, focusing on everything from programming to audience engagement.

“This includes, of course, some prominent guest conductors and wonderful guest artists, but also some new elements,” says Cerny. “Specifically, we’re incorporating what we call a ‘theater of a concert,’ where we take symphonic performances and add to them in new ways.”

One example comes April 21-23, 2023, with Stravinsky’s bewitching ballet music to The Firebird, in a concert that will feature members of Texas Ballet Theater. The program, framed by Robert Spano as a sort of “world of enchantment” theme, includes the world premiere of a commissioned work by Brian Raphael Nabors, Of Earth and Sky: Tales from the Motherland. “One of the things that we’re very conscious of is commissioning new work and presenting new work, and so we do have a number of living composers represented in the season,” Spano says. “I’m most excited about Brian Nabors, because I’ve just recently started working with him in the last few years and I think he’s just extraordinary.”

A second commissioned work earlier in the season will be in the form of a new saxophone concerto by American composer Douglas J. Cuomo, featuring Grammy® award-winning saxophonist Joe Lovano. The Harlem-inspired evening also includes works by Bernstein, Ellington, and Gershwin, October 14-16, 2022.

­­­
“One of the things that Robert and I both really enjoy is helping audiences get to know composers, because our view is that if they get to know what the composer is trying to accomplish musically, the audience is more likely to react to whether that goal worked or not,” Cerny says, referencing FWSO’s upcoming Meet the Composer series featuring short pre-concert videos of composers talking about their work, or interview-based programs hosted by Spano, Cerny or Music Director Laureate Miguel Harth-Bedoya. “We’ve already done a couple of these; audiences really enjoy them, and it’s an important part of our approach going forward,” notes Cerny.

Keeping a balance of new works and the traditional repertoire is usually the goal of every major orchestra. Wagner fans will delight in an immersive concert of the German composer’s works November 18-20, 2022, which will be accompanied by projections of British illustrator Arthur Rackham’s ethereal watercolors. Rackham, famous for his depictions of the Grimm Brothers’ fairy tales and numerous other classic folk tales for storybooks, created dozens of drawings based on Wagner’s Der Ring des Nibelungen in the early 20th century. Orchestral music from The Ring will be the primary focus of the program, though celebrated Wagnerian soprano Christine Brewer will also take the stage to sing pieces from Tristan und Isolde and Götterdämmerung. It launches FWSO’s three-year commitment to explore Wagner’s music, serving as a programmatic journey for the orchestra and its patrons, and coinciding with the length of Spano’s 3-year contract. “I think that is a very valuable way for us to be working, because some things take more than one season to implement and some trajectories take time,” Spano explains. “It’ll take time for the orchestra and me to understand each other in a more intimate way and that’ll come very naturally with time.”

An impressive lineup of other nationally and internationally renowned soloists and guest conductors join the symphony during the season; superstar cellist Yo Yo Ma is the guest artist for the gala performance of Elgar’s Cello Concerto on February 25, 2023. Fort Worth favorite and Cliburn silver medalist Joyce Yang performs Rachmaninoff’s Piano Concerto No. 3 with Maestro Edo de Waart October 7-9, 2022, in a program that includes the composer’s third symphony. Spano will conduct Mahler’s Symphony No. 1 and Tchaikovsky’s Violin Concerto with soloist Gil Shaham March 10-12, 2023, and Miguel Harth-Bedoya returns to Bass Hall to lead Elgar’s Enigma Variations, May 5-7, 2023. Spano wraps up the season May 19-21, 2023, with a production of Haydn’s oratorio depicting the beginning of the world, Die Schöpfung, accompanied by the celebrated vocal ensemble, Seraphic Fire. 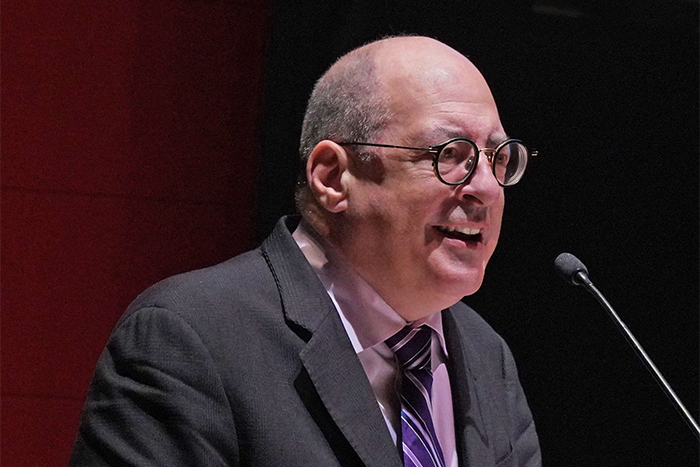 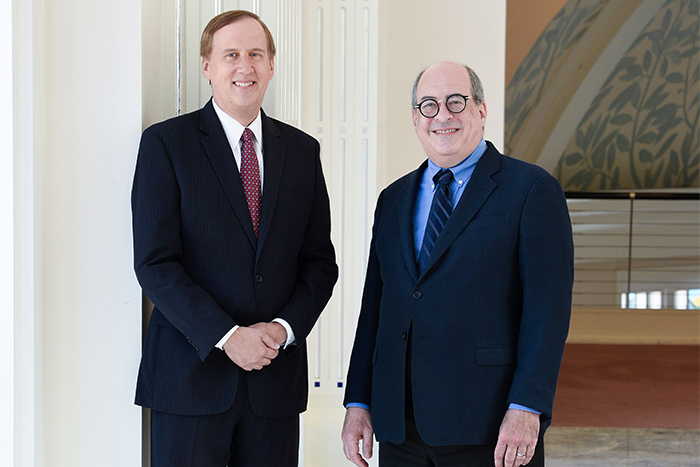 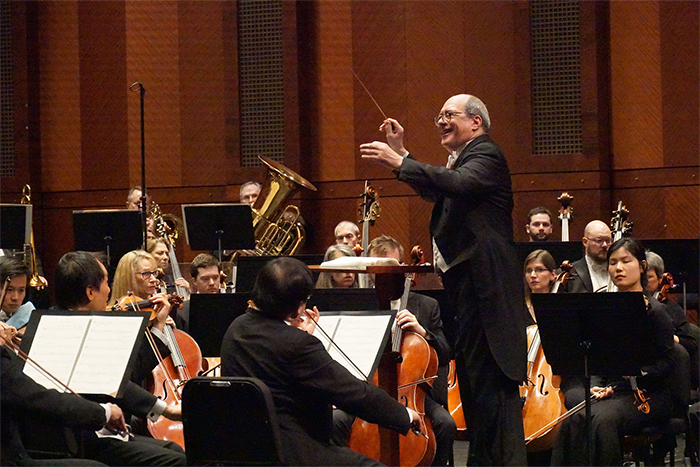 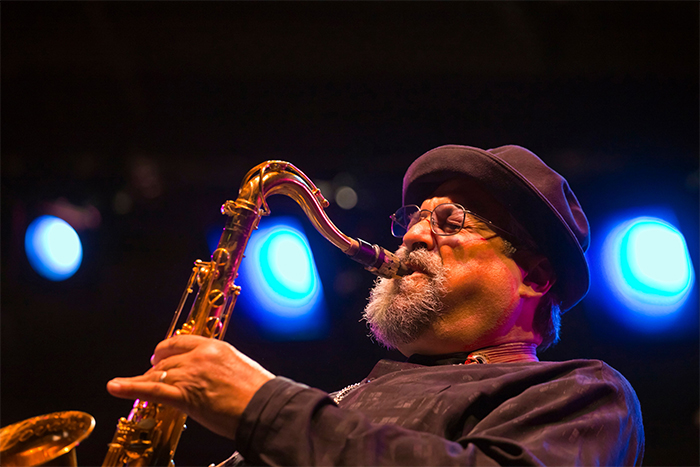 Joe Lovano – Grammy-winning jazz saxophonist will be featured in an elegant evening of jazz and a world premiere by noted film, television and concert music composer Doughlas J. Cuomo. 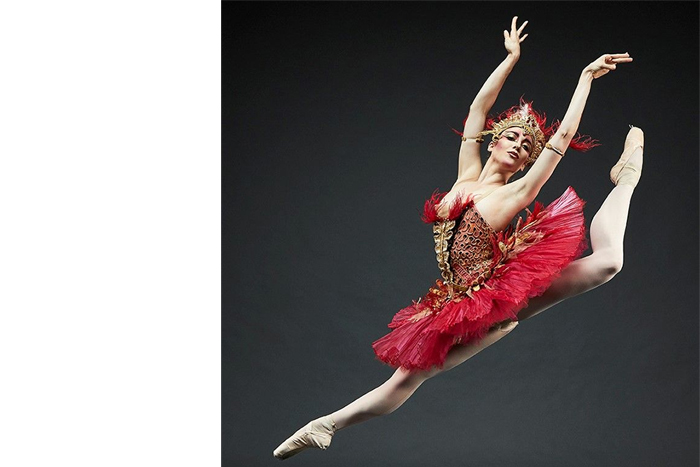 An evening with a Brian Raphel Nabors world premiere and collaboration with Texas Ballet Theater under the baton of Maestro Spano. Photo courtesy of TBT.

During Harth-Bedoya’s 20-year tenure with FWSO, the organization’s strong relationship with the community and welcoming spirit became its trademark, a trend that Cerny and Spano plan to build upon in the coming season. Establishing a familiarity between the individual musicians and its patrons strengthens bonds and reinforces the organization’s role as a fixture in the city’s cultural landscape. The symphony initiated its chamber music series at the Kimbell Art Museum last year and plans to continue with three more concerts in the coming season, with Spano joining in as pianist for each performance. “It’s my opportunity to get to work with members of the orchestra in that more personal way, smaller scale, and actually playing the piano with people is just another form of handshake that is so enlightening about how you understand each other musically,” Spano says, adding that, from a larger perspective for the audience, it’s a snapshot into who the musicians are as individuals.

Additionally, a couple of concerts in the season will spotlight soloists from the orchestra; concertmaster Michael Shih (referred to by Spano as a pillar of the organization) will be soloist for Glazunov’s Violin Concerto with guest conductor Tianyi Lu. Principal flute Jake Fridkis’s silvery sound will bring to life a somewhat lesser-known concerto by Reinecke, led by Roberto Abbado. 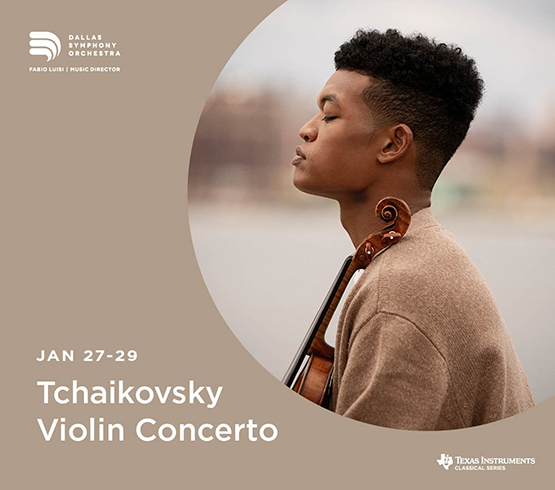 The organization has covered a lot of ground over the course of the past year. Within ten months, they not only appointed a new Music Director, but recently named Kevin John Edusei as Principal Guest Conductor, who will lead two concerts during the next season. Already well-established in Europe, Cerny says the German conductor is quickly making a name for himself in the United States. “He brings such an elegance and nobility to the podium,” Cerny says. “I think American audiences are going to respond really well to him.”

In a season full of new names, new faces, and new works, they’ll still be opening it with a lineup of familiar classics. Mexican pianist Jorge Federico Osario will join forces with the orchestra September 9-11 for Beethoven’s majestic Piano Concerto No. 5 (“Emperor”), in an evening that will also include works by Brahms and Schubert. “We wanted to open the season with something really like a foyer into the museum–the most classical program we could think,” Spano says with a smile. “I can just feel the columns in the entryway to the season. It feels great to me.”