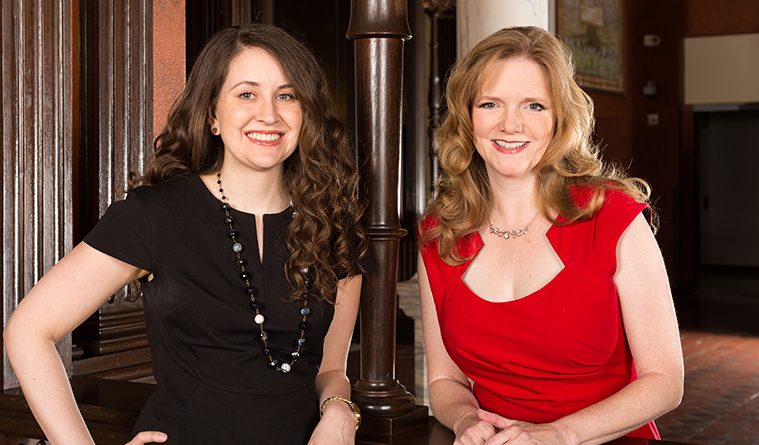 From punk rockers to presidents: The rebels at ROCO announce new season 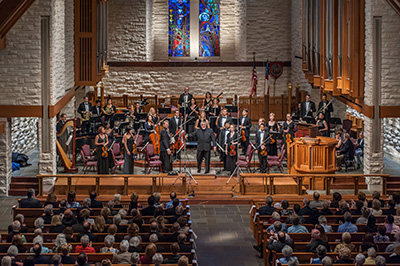 ROCO in performance at the Church of St. John the Divine.
Photo by Jeff Grass.

The conductor nearly chickened out. Planning the concert that will open the River Oaks Chamber Orchestra’s 2017-18 season, Victor Yampolsky suggested a rarity: the Symphony No. 2 by Kurt Weill of Threepenny Opera fame. Then he wavered.

“He said, ‘No, let’s do the Beethoven Fourth,’” recalls ROCO’s founder and artistic director, Alecia Lawyer. “I said, ‘No, no, no! We don’t do familiar stuff!’” So Weill’s symphony will inject its vigor and incisive melody into the concerts Sept. 22 and 23. And the rest of ROCO’s season will live up to Lawyer’s dictum.

About as close you’ll come to a concert-hall standard is Dmitri Shostakovich’s zesty Symphony No. 9 — which hardly matches Beethoven symphonies for familiarity. Jean Sibelius’ sonorous Symphony No. 7 is one of the Finlandia creator’s less-known works. Igor Stravinsky’s Dumbarton Oaks concerto ranks as a landmark of neoclassicism, admittedly, but can you sing one of its themes off the top of your head?

Meanwhile, ROCO’s orchestral and chamber-music concerts will bring nine premieres, including tributes to President John F. Kennedy and Christian Kidd — yes, the veteran Houston punk rocker. “His group was The Hates, but he’s about the sweetest person ever,” Lawyer says.

ROCO has commissioned Chicago composer Dan Visconti to salute Kidd, who is undergoing cancer treatment, in a chamber-orchestra work that will premiere Feb. 10, 2018. Visconti, who specializes in bridging classical and popular styles, has interviewed Kidd to get on his wavelength. A Q&A with Visconti on the TED Blog website hints at how the meeting of musical minds might work. 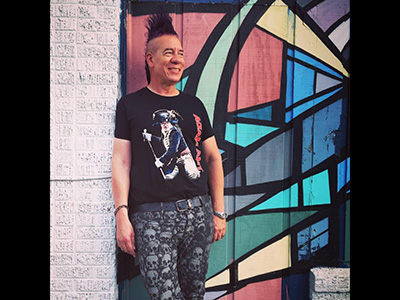 “I’m trying to make the composer relevant again–not this old guy with a wig and a quill pen laboring in isolation, but a cultural ambassador and collaborator. … One of the ways I do that is by composing music that’s open to diversity of traditions,” Visconti says. “Often my pieces sound like they’re not classical music. A piece might have the directness of expression of a great jazz performance, or the sense of audience rapport at a small club venue, or the wildness and improvisatory spirit of a good rock performance.”

JFK 100 by Michael Gandolfi, head of the composition department at New England Conservatory in Boston, will pay homage to the late president and Profiles in Courage author. ROCO’s Nov. 11 program will pair Gandolfi’s new work with another musical portrait of courage: Bruce Adolphe’s I Will Not Remain Silent. Adolphe’s violin concerto looks back at Joachim Prinz, a German-American rabbi who witnessed the Nazis’ rise in Germany, then pushed for civil rights in the United States alongside Martin Luther King Jr.

A pair of works by Houston’s Mark Buller will give ROCO’s April 21, 2018 program a circle-of-life theme. The concert will combine Buller’s new Nursery Rhymes with an orchestral version of his song cycle Tombstone Songs, based on graveyard epitaphs such as this for a man named Pease: “Pease is not here, but only his Pod; He shells out his soul, which went straight to God.” Within Her Arms by Britain’s Anna Clyne will also fit into the life cycle. “I love this piece. It could be like rocking a baby,” Lawyer says.

This fall’s installment of Musical and Literary Ofrenda will mark a first for the group’s annual Day of the Dead concert: All the music will come from one composer, the University of Houston’s Marcus Maroney. Speaking of milestones, the Unchambered small-group series will bring ROCO’s first program devoted to music by women. It’s the result of a request from a French festival where a ROCO trio—oboist Lawyer, clarinetist Nathan Williams and bassoonist Kristin Wolfe Jensen—will perform this fall.

The trio’s quest for material took them to an Austin library, where they played through scores. Lawyer notes the guidelines: “Female composers, last 100 years, writing for oboe, clarinet and bassoon. You’d think you’re not going to find that many pieces. Well, we found about 12 that were legitimate pieces. And six of them were fantastic. It was amazing.” She singles out French composer Fernande Decruck’s Trio Classique, reminiscent of Decruck’s countryman Gabriel Faure. 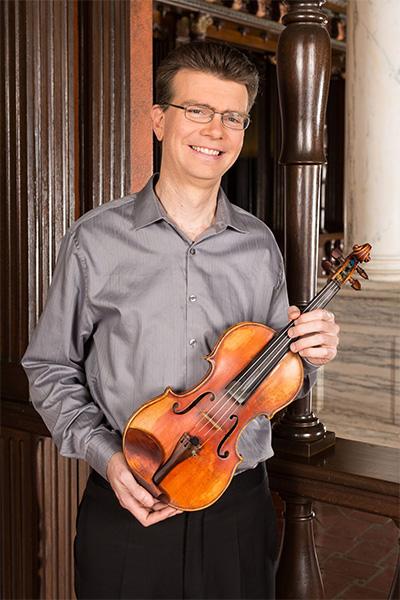 Lawyer, as ROCO’s artistic director, will lead all this alongside a new managing director: Amy Gibbs, who came to the group in April from the Houston Arts Alliance, where she worked as capacity-building manager. ROCO is gaining a key figure on the musical side, too. Scott St. John, former second violin of the St. Lawrence String Quartet—a vibrant Canadian group that has visited Houston regularly—will fly in from his home in Ontario to serve as concertmaster for all four orchestral programs. He debuted with the group as soloist and leader of the annual conductorless concert in 2016.

“We were looking for someone who could grow with us,” Lawyer says. “He came in for the conductorless concert, and it was magic. He not only is able to lead really well, he is able to gather the whole orchestra — without really (overtly) doing it. You just trust him and follow him, in a way.” St. John will double as leader of the annual conductorless program Feb. 10, and an Unchambered program will feature him April 8.

But before the season even begins, the orchestra heads to Festival Hill in Round Top on Aug. 30. A phalanx of its backers will be the studio audience when conductor Mei-Ann Chen leads the orchestra’s first recording. The repertoire: five works the orchestra has premiered, chosen by vote of the musicians. The group could have just issued a CD from concert tapes, Lawyer says, but it’s going for “the discipline of putting something out there that’s perfect, and hoping to get some recognition for it. … The point is to make it really representative of who we are.”