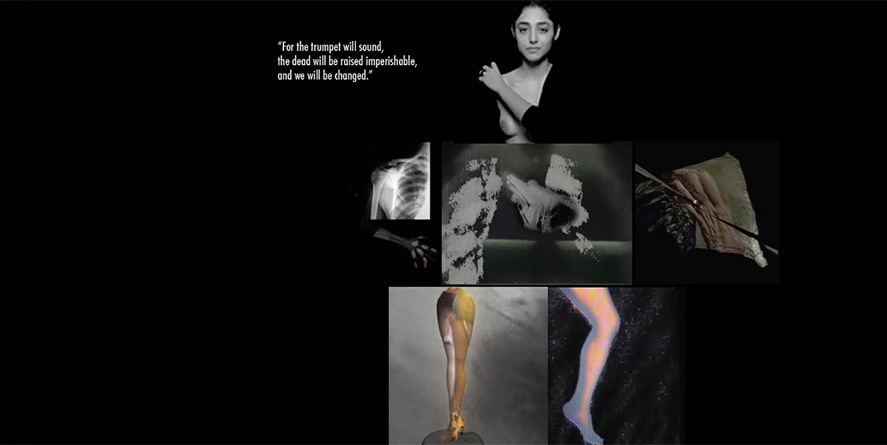 Have a Nice Day

Visions of the Apocalypse in Irrational City

The thin smell of a burning dystopia has haunted galleries in the last months. Whether born from the sewers of our subconscious or around and within the anarchy of the exhibitions themselves is a mystery. “Draftsmen of the Apocalypse” at Central Trak last fall, “White Window/Black Mirror/ Black Burka” at Beefhaus this Spring, and the newly opened, “Irrational City” at Bathhouse Cultural Center are a trilogy of sorts to the palpable anger festering in a sub-group of Dallas artists, driving their hand at canvas and computer. This group, a rotating door of performance artists, musicians, sculptors, and painters, tend to reject a single categorization of just one of their efforts.  They are also Internet trolls, Dallas Art President candidates, Dallas Observer “100 Creatives”, and agents of chaos. The list of artists for “Irrational City” is immense and draws from a local and international talent pool: Jeff Parrot, Michael Morris, Patrick Murphy, Thor Johnson, Dwayne Carter, Colette Copeland, Randall Garrett, Pierre Krause, Philippe Astorg, Hugo Ball, Eric Dizambourg, Carlos Donjuan, Clorinde Durand, Le Gentil Garcon, Mitch Gellar, Mona Kasra, Patrick Patterson-Carroll, and Quintin Rivera-Toro.

While the end of civilization isn’t a new, or even novel idea, it’s one rarely exercised with such vigor in Dallas’ prominent gallery scene, a landscape of safety and form, from the Design District to Deep Ellum.  Commodification has no place here in “Irrational City.”

At the front of this group show is the ringleader of this band of re-occurring pranksters, long-time veteran of the Dallas art scene, Thor Johnson, whose digital prints introduce you to the show as you walk into the hallway which begins the exhibition (that is if you seek the necessity of a “start” or “finish” to this show). Johnson’s work for the show looms with a series of 12 digital prints and sculptures, some seen in past shows like “Trigger Warning” at the short-lived Ware:Wolf:Haus and some made specifically for this show. They continue Johnson’s ruminations on our favorite ways to hurt and kill each other. The standout here is one of the newest pieces of the show, titled, “Carjacking on Fire” this crude depiction of a real-life incident Johnson went through years ago hits you in the throat. A man sits in his car, bleeding while engulfed in flames. It’s not the graphic imagery that stands pronounced, it’s the in the elementary, cartoonish delivery of lines and color, telling of violence’s unpredictability. Co-curator and mastermind behind the show Dwayne Carter, exhibited his series of enlarged digital prints, images from his graphic novel series, “Madness,” a staple of the Dallas underground art circle for a few years. Carter was a lynchpin in the original Deep Ellum Renaissance in the 80’s and 90’s, and created much of the signature art and architecture around the neighborhood’s venue scene, including the masks of Club Dada.

Not everything here makes sense, sometimes, certainly, on purpose, but some artists work would have been better saved for a different grouping. Carlos Donjuan’s beautiful, “Madre,” involving mixed media on paper and installed in the main room of the space would have worked better in a minimal context. Isolated and still is where it stands tallest, as when he’s shown at his home gallery of Kirk Hopper. Here it gets lost, and perhaps ideologically trampled under the run-amok stylings of the other artists.

Performance artist and provocateur, Randall Garrett, is one of the unsung heroes of the Dallas art scene, providing opportunity and chance to artists who are looking for first opportunities. This is proven here with his inclusion of Patrick Patterson-Carrol a writer by trade (Patterson-Carrol writes for my publication THRWD) whose “Reason’s Peazy Can’t” serves as a make-shift shrine to memories long-gone, built out of post-it notes and notebook paper; illegible poems to a son, mother, and lover compose an un-finished narrative, ashes of a personal apocalypse.

Garrett’s work, a scrappy composition of selfies and digital portraits in the main room, accompanied by a planned performance opening night, “Graveyard Swag,” added to the abstraction of a coherent manifesto to “what” exactly is burning and “who” is holding the torch. Incorporating ritual, spiritualism, and the history of storytelling, Garret’s performance and installation told the 1,000 year old story of sin, death and rebirth.

Other pieces shine as solitary moments rather than one piece of this grizzly tapestry. In the hallway Michael Morris’ video/web page collaboration with artists Moreshin Allahyari, Martin Black, Alex Cole, Cameron Kyle, and Julie McKendrick, “Glorified Body/Exquisite Corpse,” make picking apart who contributed what less important than the theme of a different kind of violence; the viral marketing of women’s bodies. Each artist contributed to the composition of a female body, made up of different digital materials, culminating in a cut and pasted poem of body parts.

Installed in the main room and projected on the wall next to the entrance is Colette Copeland’s video piece, “Marcel and Rrose.” In it she revisits Dada artist Marcel Duchamp in a dreamy tango of gender-reversal with Copeland playing the artist. An off-kilter film sets the stage for a couple’s romp through a city’s empty underbelly. It’s one of the pieces that keeps you still, wanting more, albeit slightly buzzed.

That being said, you are left with a feeling of wanting a bit more, especially from the truly rebellious artists on board. Things seem a little too safe in parts. If you’re going to go for it, go hard. I have seen many of these artists thrilled and unnerved with less space and less work. Amid all the chaos of the main room however is the most profound piece of the show, Pierre Krause’s single work, “Is Pigs Flyin??” Sitting quietly in the corner Krause’s piece wears a mocking smile. A small graphite drawing sits framed on a pillar caring not in what order you visit it. A smiley face is scrawled on napkin sized paper with the inscription, “Have a Nice Day” etched at the bottom. The world is burning outside. See you next time.