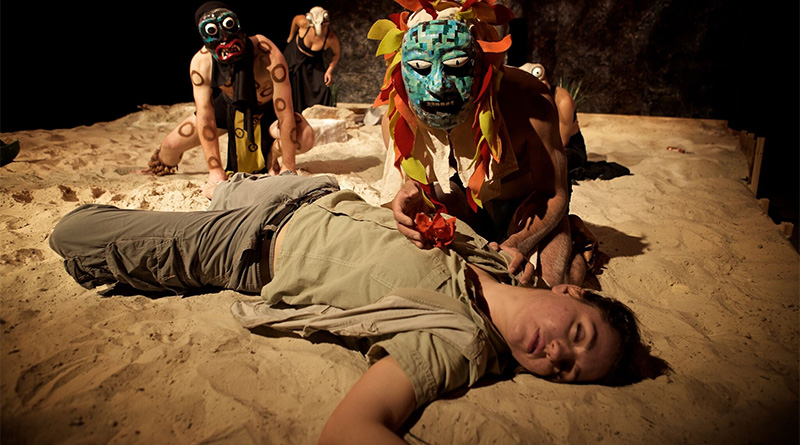 Housing the Drama: An Update on Dallas Theater Spaces

Experimental plays and intimate dramas set in homes typically belong in black box theaters. The nuance and detail of these productions cannot be captured in larger theaters. Transforming a theater into a black box space is labor-intensive and expensive. Operating a roving black box theater is an incredible challenge for companies trying to plan seasons and build audiences. Cities short on these spaces miss out on important productions—touring or regionally produced. In Dallas, it has become clear that the lack of true black box spaces is a detriment to the theater scene.

This fall, anonymous donors miraculously offered to give $500,000 to help Kitchen Dog buy a million-dollar property in the Northern Design District. The grant required the company to raise an additional $125,000 by the end of the year. While producing plays, Kitchen Dog managed to raise the funds with hundreds of donations.

The new warehouse space requires additional expenses for renovations. With plans to raise 75 percent of the funds before starting construction, Kitchen Dog’s home for at least a couple of seasons is the Trinity River Arts Center. The company will eventually be one of the few Dallas nonprofit theaters that owns its own venue.

“Most of the theaters in Dallas are city-owned,” says managing director Tim Johnson. Spaces like Bath House Cultural Center and  the Latino Cultural Center are on a very short list. “Thank God they exist. There aren’t many other spaces for performances.”

“A lot of the smaller groups would have folded without those city spaces,” agrees co-artistic director Tina Parker.

Kitchen Dog’s struggles exemplify the increasing need for functioning black box spaces in Dallas. A rental model for a midsize nonprofit theater is unlikely to keep up with rising market rates. After all, putting a black box theater in a rental property also requires significant investment. The estimated cost for Kitchen Dog is $750,000. “You want to have a sense of longevity when you are going to commit those funds,” Johnson says. “There are very few property owners who are willing to commit to a 20-year lease.”

With limited availability, renting one or more of the few existing black box theaters offers its own challenges. “It’s really not possible,” Parker says. “We wouldn’t be able to program a whole season even if we did look at one of those cultural center black boxes. Those are often programmed a year in advance. We are lucky to have a temporary spot that can hold us.”

While there is a plethora of midsize theater companies, Dallas lacks professionally equipped black box theaters. Kitchen Dog Theater’s is an incredible story of survival: Many organizations might have folded under similar circumstances.

Founded in 1996 to reflect the Mexican-American experience, the Cara Mía Theatre Co.  also highlights this need. Since 2002, the company has primarily used the theater at the Latino Cultural Center (LCC), which seats 300. But the company has used other theaters for black box productions in an effort to increase the variety of programming.

But Lozano has used a black box theater only twice in his 15-year career. Last time he left the LCC was in April of 2015. The Studio Theatre on the sixth floor in the Wyly Theatre was used for Lydia, a play about an El Paso family that hires an undocumented maid.

In September, Cara Mía Theatre tackled the painstaking task of transforming the proscenium theater at the LCC into a black box for a political tour de force. Directed and co-written by Lozano, Crystal City 1969 is based on a true story of high school students who demanded equality.

“Our production team created a makeshift black box on the stage,” Lozano says. “It’s worked for us and we’ll continue to do that. But we’re making a new theater out of an old one.”

Behind the closed curtain, stadium seating for 90 was built on the right side of the stage. Adjusting the lights and sound to the performers on the left was so labor intensive that it was easier to create a new framework using different equipment. 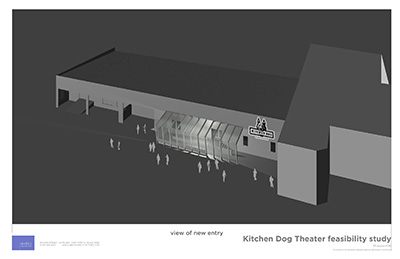 “It’s very expensive to do that because of the cost of the labor and the risers,” says Lozano. “You need professional stagehands who know how to assemble it.” As difficult as it was to transform the theater into a black box, it was vital to the production. Certain performances demand a space with intimate architecture and design. Most Cara Mía productions are developed to fit the normal orientation of the theater, which puts some viewers hundreds of feet from the stage. The company typically struggles to have one black box production each season.

“It’s a very visual space,” says Lozano. “It’s a relatively two-dimensional experience. It’s effective when you have strong visual images, like when bodies are moving. That space is great for dance. In our case, it’s great for physical theater.”

Broad movements and stylistic presentations can help break the fourth wall of a proscenium theater. But a play like Lydia relies on subtle human interactions. Characters hide emotions from other characters, while revealing them to the audience. Shakespearian plays can accomplish this from grand stages, but they are anything but subtle. Many productions simply require the audience to be a few feet from the performers in a realistic, three-dimensional setting.

“The lack of performance space is cutting the legs off the growth of our burgeoning arts community,” Lozano says. “In order to build seasons and an audience base, a theater company needs a space it can use on a consistent basis.” 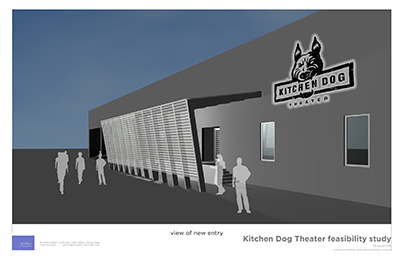 The Office of Cultural Affairs (OCA) recognizes this need. Planned for a decade, the construction of a black box theater at LCC is a priority in the upcoming bond package. But with the usual financial challenges and considerable concerns about maintenance for arts organization buildings, the addition must be approved by the city council.

“This bond is very much a basic necessities bond,” says OCA director Jennifer Scripps. “But the only real new building project the OCA is putting forward is phase two of the Latino Cultural Center. We have been talking to the community and the need for a new black box theater space has bubbled to the top. City council people have been hearing that when talking to their constituents. There are black box theaters in the Bath House Cultural Center, the South Dallas Cultural Center, and in some of the libraries. But we need more.”