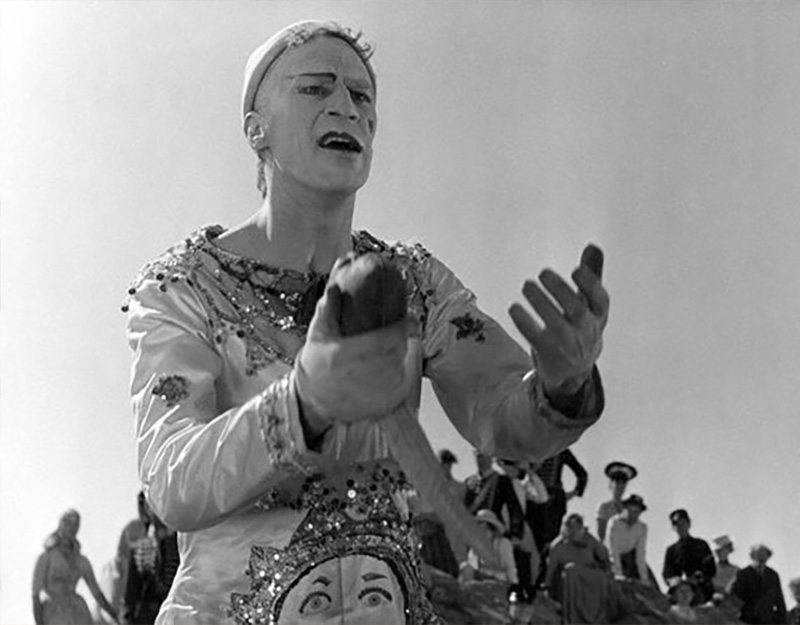 Houston Celebrates Bergman at the MFAH

Let me state something that is basically true, I think: Swedish filmmaker Ingmar Bergman is nobody’s idea of summer watching. No, not even if you’re one inclined toward classics and art films. Fellini could do (grotesques! carnivals!), but not Bergman, perhaps the most austere of all filmmakers, whose films—including The Seventh Seal and Fanny and Alexander, bona fide art house classics—rarely feature sunlight.

But this summer, the Museum of Fine Arts, Houston joins a chorus of international praise to celebrate the centennial of Ingmar Bergman (born 1918)—the largest celebration in Texas, and one of the larger celebrations in the United States.

Ingmar Bergman’s Cinema: A Centennial opens on Aug. 24 with Crisis and closes on Sept. 23 with The Seventh Seal. The middle of the festival features such highlights as Smiles of a Summer Night, Persona, Cries and Whispers, and The Virgin Spring.

“When I became aware of the Bergman centennial,” Marian Luntz tells me, “we immediately began to prepare.” Luntz is the longtime curator of film and video at the Museum of Fine Arts, Houston. Luntz and her team are working with Rice Cinema and Houston’s Consulate General of Sweden to present a selection of his films, roughly 20 in total. Even so, Luntz tells me, it’s just “the tip of the iceberg with his filmography.”

Putting Bergman and his work in the spotlight has been a major project for Sweden this year—but also beyond. The Consulate General of Sweden and MFAH initially began to plan their projects independently from one another (the Consulate General approached Rice Cinema, with which it had worked previously on a project to highlight the other great Bergman, Ingrid), but eventually they found that their individual efforts dovetailed into a citywide celebration.

For Luntz, the festival is tied to a somewhat old-fashioned notion: repertory film programming. “This is a term that is more of the baby boomer generation,” she says, “when you didn’t have all the options to see films that you have today.” For instance, River Oaks Theater used to regularly show double features—French New Wave, Kurosawa, whoever. “That’s how people came to know and appreciate the best known films of directors.”

MFAH has done this kind of programming before—most recently around Alec Guinness and Olivia de Havilland—and Luntz plans to do it again in the future. “It’s a chance to celebrate a body of work and get people to see the films on the big screen.”

Still though, Guinness is famous for droll British comedies and Star Wars, and many of de Havilland’s great films were lush Hollywood entertainments—potential summer fodder. But Bergman?

Believe it or not, his films have summer in their DNA—something I learn from Astrid Marklund, Consul General of Sweden in Houston. “He was a very busy guy,” she says. “He worked in the theater during its season, and then he and his actors were off during the summer, so that’s when they shot their movies.”

Many of these films were shot on the Faroe Islands, Bergman’s on-and-off home. Having seen many of these films, I know that Faroe, with its alien rock formations and severe beaches, is nobody’s vision of an ideal summer retreat, but nevertheless, I do my best. “It must be beautiful there,” I tell Marklund and her colleague, Monika Hallqvist.

Marklund and Hallqvist glance at one another, pausing before answering. “To some,” Marklund says. “It depends on what you’re looking for!”

“Some little trees,” Marklund says, “if they can ever get some water.”

The films themselves often reflect this desolation. Luntz says, “I think people will of course connect existentialism and fate and marital dysfunction with his filmography. Those are some of the themes you see in a lot of the films.” When I ask Luntz her favorite of his films—an impossible and annoying question, I know—she mentions Wild Strawberries and Persona. “[Persona] stuck in my mind when I saw it in college. I would imagine it might be a little bit intense for some people, but you can say that about many of these films.”

And yes, both of these films will screen at MFAH before the official start of autumn.

I ask Luntz if she thinks that people will balk at spending their last weeks of summer seeing such dark works. “I think there are people who will be all in and try to see as many as possible because they appreciate the opportunity to honor his centennial because he’s a legendary person. But I’m hopeful that people will understand that his style changed over the years and will try to sample films from different decades if they’re not able to see them all.”

Of course, Bergman—born, I should say, July 14—has already been the subject of rousing celebrations this summer all over the world, and especially in Sweden, in Stockholm and even the Faroe Islands. People worldwide have already lit up their sparklers for Bergman—so to speak.

So does Luntz think people will balk at such dark fare? “I’m not fearful,” she says.