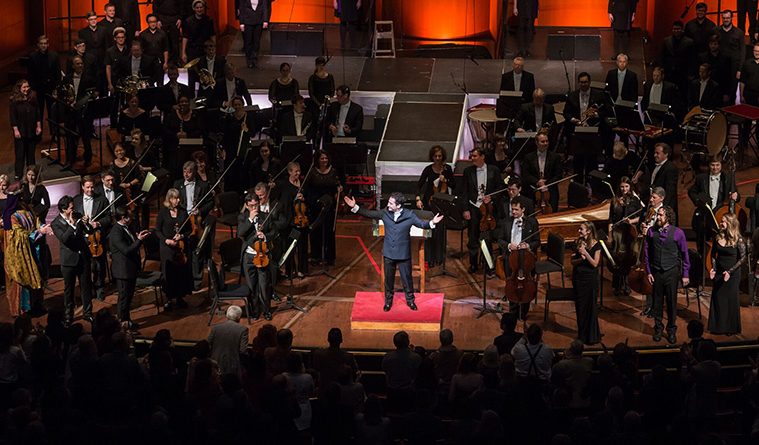 Houston Symphony Orchestra with Music Director Andres Orozco-Estrada after the 2015 performance of The Abduction from the Seraglio.
Photo by Jeff Fitlow. 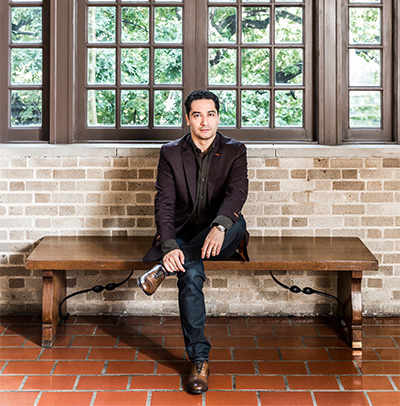 The heroics of Beethoven’s Fifth. The exuberance of his Ode to Joy. The humor of his First Symphony. The drama of his Eroica. The Houston Symphony and Andrés Orozco-Estrada have embraced all that and more since they launched their Beethoven symphony cycle in 2015. The Pastoral and Seventh symphonies, the last ones remaining, come March 24-26. But the orchestra’s Beethoven journey will include one more landmark the following weekend: Fidelio, his operatic celebration of love, courage and liberty.

Beethoven “puts all the symphonies in this one, greater piece,” Orozco-Estrada says. He picks one musical detail to savor: Only in the finales of the Fifth and Ode to Joy and the triumphant close of Fidelio does Beethoven bring in the piccolo, contrabassoon and trombones. They help create the sonic fireworks that deliver Beethoven’s salute to freedom.

In Fidelio, a political prisoner’s wife disguises herself as a man and frees him from a tyrant’s dungeon. With its themes of marital devotion and human brotherhood, the opera embodies two of Beethoven’s lifelong ideals. Orozco-Estrada, the Houston Symphony’s music director, thinks Fidelio’s message still resonates.

“One of Beethoven’s fixations was the political situation of his time — the time of the French Revolution and Napoleon,” Orozco-Estrada says. “It seems like (the situation) hasn’t changed much in our day. We have more Napoleons coming around. … More than probably ever, at least in recent history in this country and everywhere, (now) is the time to reflect about right and wrong and freedom.” 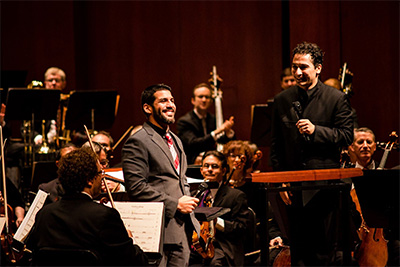 Jones Hall will remain in the orchestra’s usual concert-hall setup for the two performances, March 31 and April 2. A streamlined production by Tara Faircloth, a director who has worked with Opera in the Heights, Ars Lyrica and Mercury, will include suggestions of stage action, simple props and attire, and video projections. The German dialogue between musical numbers will disappear. In its place, Faircloth says, a narrator will comment on the action and add the perspectives of “thinkers, poets and revolutionary figures of the past.” They’ll range from Mahatma Gandhi and Martin Luther King Jr. to Edna St. Vincent Millay and J.R.R. Tolkien.

“The richest part of my job so far has been to pinpoint the most beautifully appropriate sentiment and set it within the framework of Beethoven’s masterful composition,” Faircloth says. Before one of Beethoven’s most eloquent passages, a chorus for prisoners allowed briefly into the sunshine, the production will quote Gandhi: “You can chain me, you can torture me, you can even destroy this body, but … in the midst of darkness, light persists.” The dungeon scene, Faircloth adds, will invoke Millay’s “Dirge Without Music,” a meditation on the injustice of shutting away “lovers and thinkers…. the beautiful, the tender, the kind.” 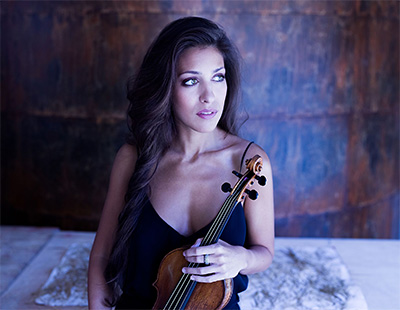 Ever since Orozco-Estrada took charge of the orchestra, building opera into its efforts has been one of his goals. Fidelio follows up on their 2015 performances of Mozart’s The Abduction from the Seraglio. “For an orchestra that’s not so used to playing in the pit or with singers in opera, this is something special. This is a challenge,” Orozco-Estrada says. “But it’s an important opportunity for us to find a more beautiful sound–a more vocal sound. I believe this is an extra color that a top orchestra needs to have.”

Fidelio contains some of Beethoven’s most soulful music, so it will provide ample material for cultivating the lyricism Orozco-Estrada has in mind. But its intensity — from the villain’s ferocious confrontation with his opponents to the exultant happy ending — makes it also one of Beethoven’s most electrifying works. The cast will largely be new to Houston. Rebecca von Lipinski, a British soprano based in Germany, will portray the opera’s heroine, Leonore. Tenor Russell Thomas, a Florida native who has performed with the Metropolitan Opera and other top companies, will play the unjustly imprisoned Florestan. Everyone involved will get a workout.

“It’s going to be a tough week, because it’s a lot of things to put in a very short time,” Orozco-Estrada says. “But I believe it’s going to be a fascinating experience, and really powerful.”

Even with all this Beethoven in front of him, Orozco-Estrada looks forward to next season. The Classical Series opener will combine Antonin Dvorak’s Te Deum and Gustav Mahler’s Symphony No. 4. Later in September, Robert Schumann’s First and Second Symphonies will bracket the world premiere of a violin concerto by Jimmy Lopez, a Peruvian whose opera Bel Canto was telecast recently on PBS’ Great Performances. After meeting Lopez last fall, when the annual Fiesta Sinfonica included Lopez’s America Salvaje, Orozco-Estrada decided to enlist him as the orchestra’s new composer in residence. 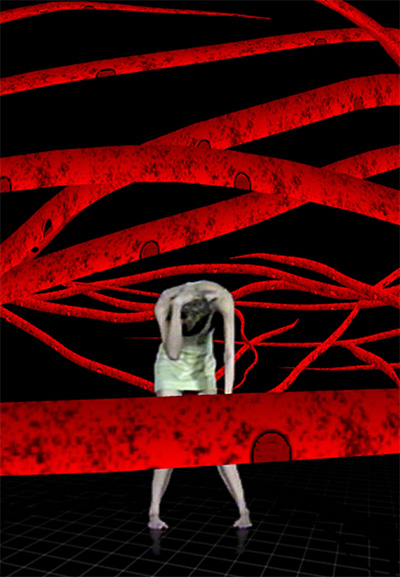 “He has done extremely modern music — you could say hard-core modern music, things you wouldn’t play in a symphony concert because they’re too crazy,” Orozco-Estrada says. “But at the same time, he’s accessible. America Salvaje is a piece that’s modern, that’s unique. But you are able to find a connection with it as a normal audience. … I believe Jimmy has all the intellectual base you need for being a great composer, but he’s connected to the human beings around him.”

Violinist Hilary Hahn will solo in February in Leonard Bernstein’s Serenade, paying tribute to the composer-conductor’s centennial. In the same concerts, Orozco-Estrada will continue their Shostakovich series with the Symphony No. 11 — which the Houston Symphony and Leopold Stokowski gave its U.S. premiere in 1958.

And the season will end with a multimedia performance of Igor Stravinsky’s The Rite of Spring. Devised by Ars Electronica Futurelab, an Austrian media studio, this version of Stravinsky’s blockbuster features a live dancer whose movements are picked up on camera and transformed by a computer. Orozco-Estrada, who has conducted it in Europe, says Ars Electronica’s Rite is “very powerful — even scary, sometimes. Shocking, in a way. But I like the idea.
“The (Rite of Spring), when it was first performed, was a scandal. ‘What is this piece? What is this noise about?’ If we are able to recreate some of this spirit — a little bit of the shock — why not?”