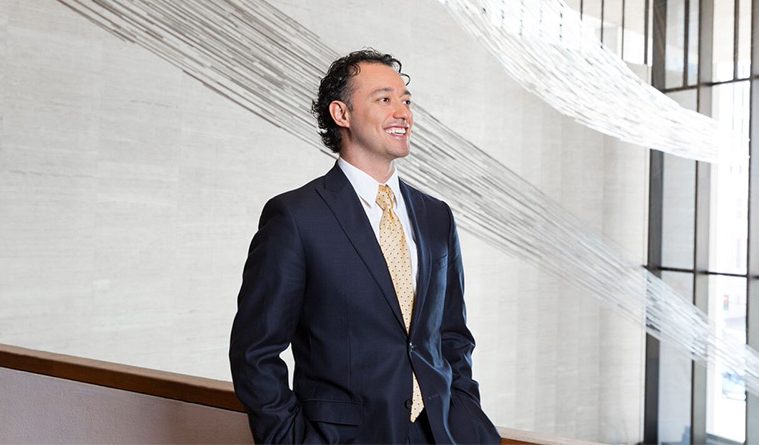 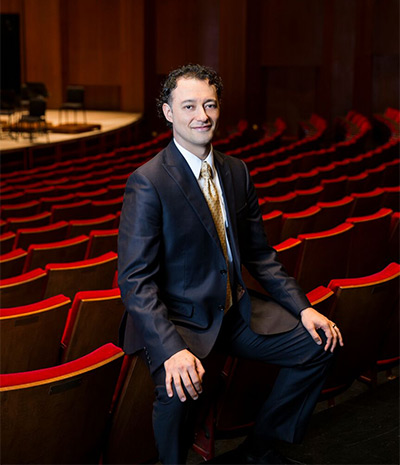 The Houston Symphony’s Sunday matinee was coming up, and a couple of hundred early birds gathered in Jones Hall for the pre-concert talk.   As Carlos Andrés Botero got it under way, he told the audience that he was spontaneously rejiggering his lecture. That morning, Botero said, he had realized that the two works in store—Beethoven’s Ninth Symphony, with its climactic Ode to Joy, and Leonard Bernstein’s Chichester Psalms—share an underlying life-affirming message.

“It’s different from the message we often get in our (daily) lives,” he said. “In the media, we often hear that we’re not good enough. The music we’ll hear today is declaring the opposite. What we share is bigger than the differences between us.” After discussing how the Ninth’s history and music tie in with Beethoven’s vision of human unity, Botero offered listeners a tip on how they could relate to the celebrated work: “You don’t need anything to listen to this symphony,” he said, “except your own lives.”

Proclaiming that is the essence of Botero’s job as the Houston Symphony’s musical ambassador. “A concert is just one human being connecting with another through music,” Botero said in an interview. “From their lives, audiences have plenty of emotional background to draw connections to the music. So that’s my role: To connect what apparently is disconnected.”

Botero’s next exercise in empathy comes May 19, when he co-hosts the season’s last Musically Speaking concert with music director Andrés Orozco-Estrada. They and the orchestra will illuminate the genesis and music of Hector Berlioz’s Fantastic Symphony, a tone-painting of the hallucinations that come over a lovesick musician who takes opium to flee his sorrows. “Our goal is not just to narrate it for the audience, but to bring them along on the journey with the composer,” Botero said.

The roots of Botero’s evangelizing reach back to his boyhood in Medellin, Colombia, where he studied the viola in the city’s arts school. As a 9-or 10-year old member of a fledgling string quartet, Botero recalled, he began prefacing performances by talking about the music. 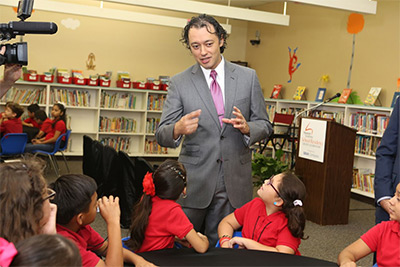 “I enjoyed it so much,” Botero said. “And I felt the audience enjoying it better when this was done. Of course, at the beginning, I didn’t really know how to do it. So I had a bunch of misfires.”

Meanwhile, Botero made friends with a violin student a few years older: Orozco-Estrada, who sat near him in the school orchestra. Prodded by the group’s director, Orozco-Estrada was having his first tries at conducting. Looking back, Botero said Orozco-Estrada’s subsequent success—including taking the helm of the Houston Symphony in September 2014— “makes complete sense.”

“There has (always) been a drive in him,” Botero said. “It has been there in everything he does. He loved playing soccer, and he was the best because he applied himself.” As a budding conductor, Orozco-Estrada had the additional gift of “a kinetic intelligence. It’s a capacity for expressing his ideas through physical movement. He was born with it.”

After Orozco-Estrada landed his high school diploma, the young musicians’ paths diverged for more than a decade. Orozco-Estrada moved to Vienna, Austria, to study and launch his career. Botero studied in Colombia and Spain, then a scholarship to Eastern Michigan University lured him across the Atlantic for a master’s degree in viola. During doctoral work at Michigan State University, Botero turned toward conducting.

As one of his first steps into the music world, Botero assisted the director of the Colombian Youth Philharmonic. That conductor’s sudden death in 2013 led to Botero’s reunion with his boyhood friend: The orchestra brought in Orozco-Estrada to conduct, and Botero’s work preparing the young musicians impressed him. Busy building his repertoire as his career blossomed, Orozco-Estrada hired Botero to fill him in about the history and context of works he conducted. 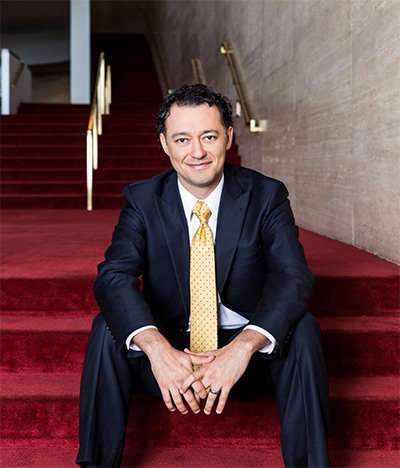 Orozco-Estrada “has a keen eye to recognize the strengths of people and how to nurture them,” Botero says. “He realized that I like explaining music.”

After Orozco-Estrada took over the Houston Symphony, he and the orchestra envisioned a musical advocate in the community, director Mark Hanson said. When Orozco-Estrada introduced the group’s leaders to Botero, who also had podium skills, they created a full-time job by adding conducting duties—mainly as an emergency backup for the Classical Series. Hanson thinks an upswing in turnout to the pre-concert talks signals Botero’s impact.

“He has an incredible depth of knowledge about music and how symphonic music is created by the orchestra,” Hanson says. “He has contagious enthusiasm. … It’s a whole package of expertise and abilities and passion.”

Now Botero’s days are more than full as he lectures before concerts, works with school and community groups, monitors Classical Series rehearsals, and creates podcasts with Houston Public Media—not to mention preparing for all that. “The fact that I work hard is just a given,” Botero said. “I don’t try to. I just do it. … What the audience needs to feel is that the musicians are inviting them. They want to feel like they are coming to see a friend. I want to make that very strong—so that everyone knows what the value of this orchestra is.”