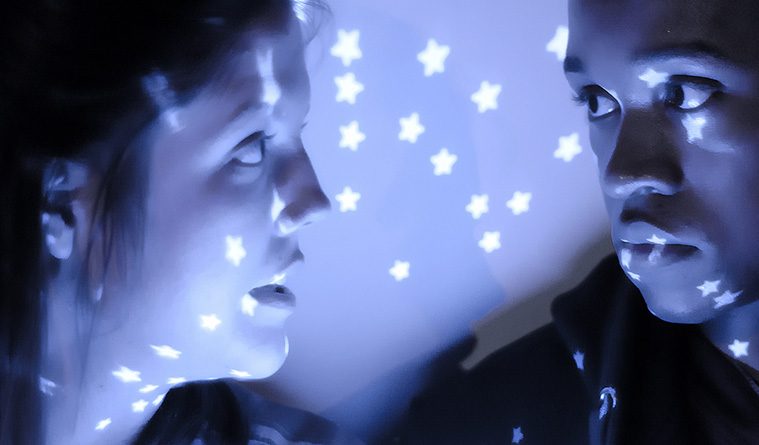 I and You and Her: Lauren Gunderson at Circle Theatre

Mackie Louis (Caroline) and Nate Davis (Anthony) in I and You  by Lauren Gunderson.
Photo by Tim Long. 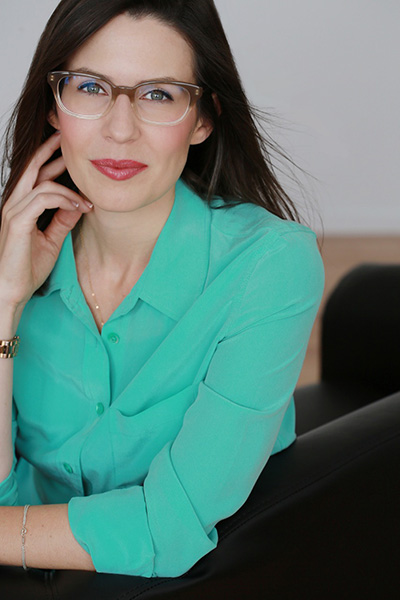 When Lauren Gunderson was a young southern girl acting as a teen, she noticed the lack of women’s roles, so she decided to do something about it. So she gave up the acting bug and became a playwright. Now in her early 30s, it’s hard to argue that she didn’t make the right decision considering her collection of awards and prizes she has garnered, and a stockpile of over 15 plays penned.

Gunderson’s two-character play I and You  was honored as the 2014 Steinberg/ATCA New Play Award Winner and finalist for the Susan Smith Blackburn Playwrighting Prize. The play gets a North Texas premiere at Circle Theatre, playing through May 23 at the Fort Worth playhouse.

The story premise is pure Gunderson, who likes to pen crafty plays that explore deep, complex issues. Anthony arrives unexpectedly at classmate Caroline’s door, carrying a beat-up copy of Walt Whitman’s poetry and an urgent assignment from their English teacher. Homebound due to illness, Caroline hasn’t been to school in months, but she is as quick and sardonic as Anthony is athletic, sensitive, and popular. When these two let down their guard and share their secrets, this seemingly mundane poetry project unlocks the much deeper mystery that brought them together.

A + C Dallas theater writer Scot C Hart visited with Gunderson  about I and You and her writing process.

Is it more difficult to write teen/youth characters than fully realized adult characters?

Of course we were all teens. And many of us, like myself, feel like we never really left the version of ourselves that we became in high school. Using that as a foundation for these characters made writing them easier. It’s a play about young people dealing with adult things (life, death, meaning), so at it’s best it can bring a collective conversation to audiences of all ages. 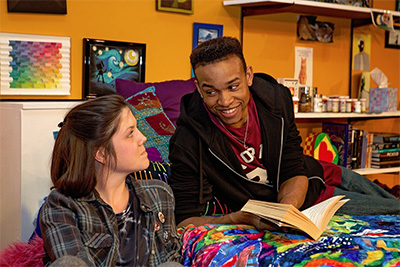 Mackie Louis (Caroline) and Nate Davis (Anthony) in I and You  by Lauren Gunderson.
Playing at the Circle Theatre in Fort Worth through May 23.
Photo by Leah Layman

Take us through the development of  I and You. How and why did you choose the Whitman poem?

I and You was the first play that I wrote directly from the end to the beginning. Because I knew where I was going from the start the real work of writing was in earning the transformations, layering in the nuance, and setting up the catharsis at the end. The play took about 2 years to go from idea to first production. Along the way I worked with several sets of actors and directors who each shed light in corners of the characters we could explore and points of the plot that could turn and twist. As with most plays, this one’s growth was a serious collaboration.

Whitman’s Song of Myself is a text many high schoolers come across in their education. I first read it in high school and remember feeling enthralled with the language and the spirit of joy and wonder. It felt like the right contrast to Caroline’s perspective on life when we meet her and thus could offer her a way out of her darkest thoughts. Only in later drafts did the poem’s words start to connect so deeply to the play’s final moments.

Your resume is filled with small-cast plays. Is there a reason for that?

No strategic reason, although it is no surprise that small cast plays are easier (or I’m told less expensive) to produce. The real reason is that I love efficient storytelling. I want to see every corner of the characters in a play instead of seeing a lot of characters. This is my first two-hander though. Lemme tell you they are tough to write! It takes a lot of chess moves and energy to keep the momentum up and earn the emotional arcs and ending revelations. 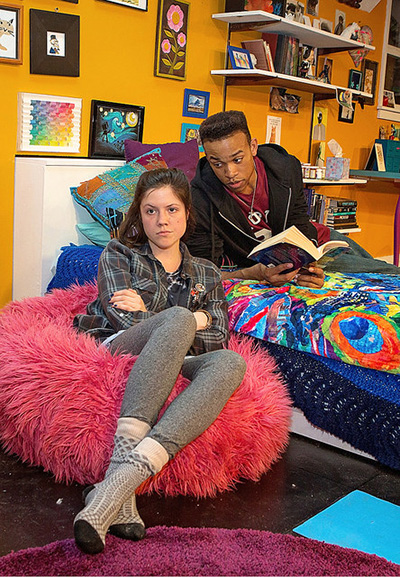 Mackie Louis (Caroline) and Nate Davis (Anthony) in I and You  by Lauren Gunderson.
Photo by Leah Layman

Is there any of your own teen experiences in I and You?

Of course! I’m a bit of both characters really. I’m guilty of some classic teen angst like Caroline, but was an A+ Hermione-esque student like Anthony, too. And I was definitely hit by the awkward love of high school too. Laughing at myself is part of what made this play such fun to write.

Your plays often revolve around complex and strongly debatable issues: science, politics, and feminism. What are you trying to say in your works?

Theater is designed to pose complex question rather than answer them. So my work, like most theater, is for all audiences to take in, unpack, wrestle with, and explore. The more diverse the audience, the better the conversations. What I usually find myself asking in plays is something like: What is going on underneath the obvious? Can we ever know the legacy we leave behind? What connects us to each other? To those gone past? To those not yet born? What grand story are we all in and how does that affect the way we live now?

How would you rate the state of the arts in America today, specifically theater works? Is theater attracting new audiences with new works, or are we destined to recycle everything and make it accessible to larger audiences?

I see a lot of theater and I can report that it is alive and well. The new plays I see onstage are fresh and classic, with tricks up their sleeve or leaps of poetry. But some of it is just good old fashioned storytelling that sticks to your heart or charges up your mind. What theater offers that TV or film doesn’t is immediacy, intimacy, and a visceral experience of characters. Being present for something is ever more important and powerful in this mobile/online age. Theater is simple stuff really. It’s just a storyteller and an audience. But with that simplicity blooms heaving waves of imagination. That’s the effect of a tradition that goes back thousands of years and is still evolving.

The biggest compliment I received about I and You was the report of teenagers seeing the play with their high schools and then returning to bring their parents back to see the play with them. I also heard from three generations of women who came to see the play specifically because the granddaughter asked. Then grandmother emailed me after to thank me for the cross-generation conversation it inspired. What a joy to hear that. This is part of a healthy theater scene’s future, the young leading the community into the stories that affect us all.