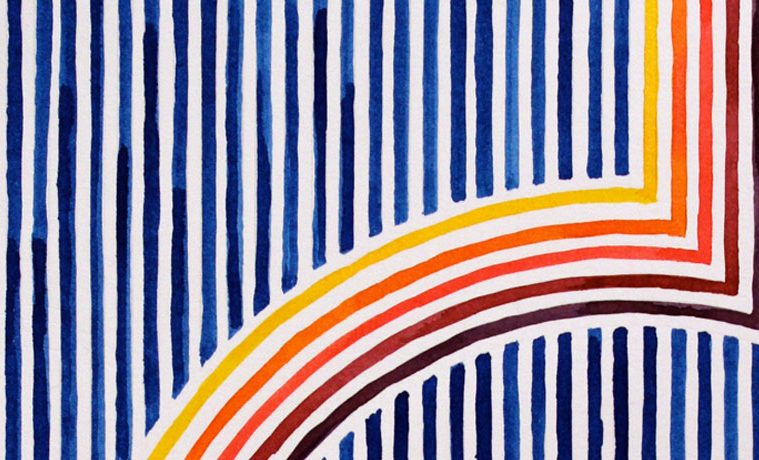 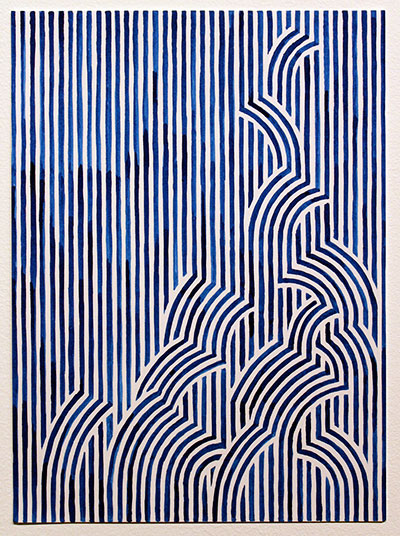 Jason Urban’s solo show at Wally Workman offers audiences an amalgamation of digitally influenced prints, installation works, and paintings. Urban cites his influence for the exhibition as the mass-produced images we find of nature: in posters, on desktops, and online.

These idealized scenes of the natural world are calming, when in reality we know that retreating into the wild requires a grin-and-bear it attitude and sacrificing the modern luxuries we employ on a daily basis. This dichotomy inspired Urban to further explore the serenity we extract from nature against the reality of an outdoors experience and visually recontextualize the experience.

However, this thesis is only evident in certain portions of the show. Sometimes Urban’s avowed love for process of printmaking overpowers his subject matter. While Urban’sinterest in the natural-versus-digital dichotomy finds its way into some of his print work, many of his printed collages, such as those in his Caldera series, are studies in printmaking techniques that never hone in on a subject. The collages appear unfinished with disjointed lines and underdeveloped elements of graphic design. The work feels referential to the point of redundancy. 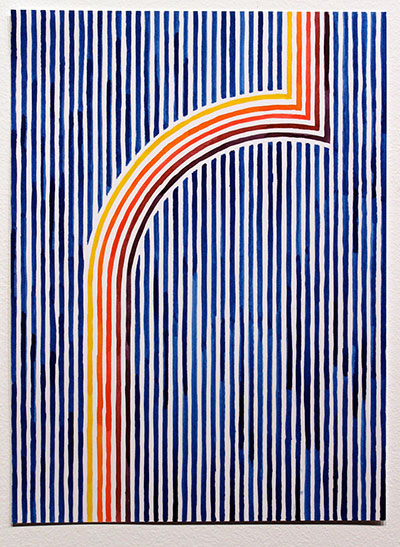 Urban’s paintings are the true stars of the exhibition. With swathes of blue zooming across the frame and simple geometric gestures to guide them, the works in the Stripes series, while disjointed from the show at large, embed the exact sentiment of manufactured serenity Urban initially sought to achieve.