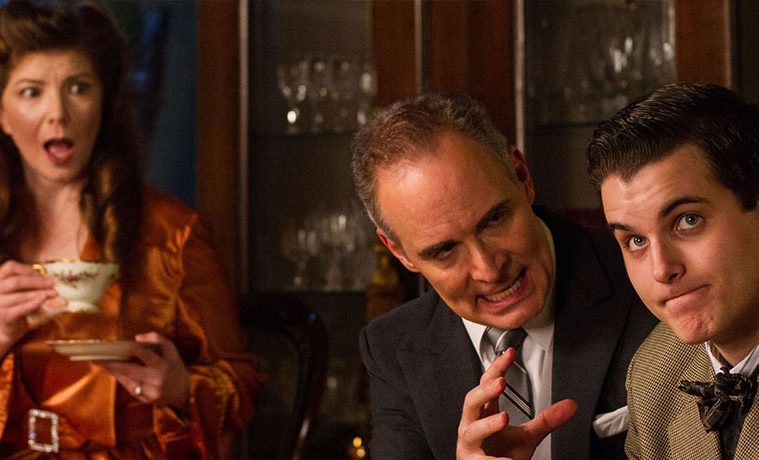 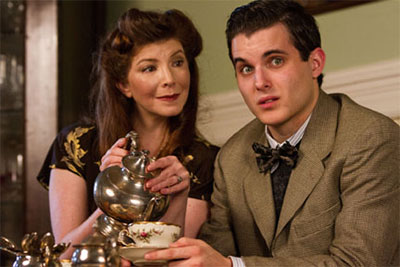 DALLAS-If the play is titled Less Than Kind, it sets itself up for easy aim if the production doesn’t live up to theatrical standards. Luckily, the U.S. premiere of Sir Terence Rattigan’s smart comedy has no fears of embarrassment as produced at Theatre Three in Dallas.

The play was written by Rattigan in 1944, and tells the story of a young man who returns home from Canada, where he has been sent for safety during the war, to discover that his widowed mother is the mistress of a rich industrialist Conservative government minister. As the son Michael is essentially a socialist, full of idealistic left-wing convictions, he is appalled by this turn of events, and, with echoes of a modern-day Hamlet, he sets about persuading his ‘poor old mum’ of the error of her ways.

This is a script actually delivers more than one might expect. It crackles with vitality, painting a vivid conflict between Sir John Fletcher, responsible for tank production in the war cabinet, and the radical 17-year-old Michael, recently returned from evacuation in Canada. The argument over whether postwar Britain should see a perpetuation of private enterprise or major social reconstruction was a living issue in the time, and today still carries merit. Silly little Michael is horrified, partly because he dislikes Sir John’s capitalist views, partly because he wants his mother all to himself. What follows is a plot of manipulation mixing sex and politics.

Not unlike Downton Abbey, the play is a tough sell to younger audiences expecting camp or one-liners being flung from the stage. It could be a farce. It’s not. It could be a tragedy, and does have elements of that. For much of the time, it’s a finely crafted, and often amusing, portrayal of society, of class vs. class and wants vs. needs. 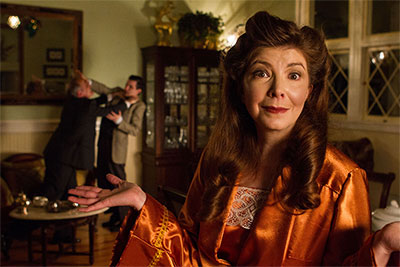 Staged in the round, Jac Alder gives bright direction to the proceedings, keeping the characters moving around naturally but giving audiences on all four sides ample view of the action. Lisa-Gabrielle Greene carries most of the weight as the woman in the center who is torn between sexual and motherly love. Her Olivia Brown is no caricature, but a complex woman questioning her own plight in life. The two males leads — Paul T. Taylor as Sir John Fletcher and Zak Reynolds as the son, Michael Brown — work well together, each suspicious of the other’s motives but each also displaying glimmers of humility and compassion.

The set is good, with nice period features throughout, especially an old stove that overheats to bring up Act II. Costumes are excellent with suitably elegant gowns and a good contrast when fortunes wane.

Rattigan was a British dramatist, who wrote some of the most important plays of the 20th century, including critical favorites The Winslow Boy(1946) and The Browning Version(1948). Less Than Kind —which takes its title from ­Shakespeare—was only produced as written after his death in 1977. And while it does not rate as a forgotten masterpiece, it certainly holds well as a pleasurable two hours at the theater.