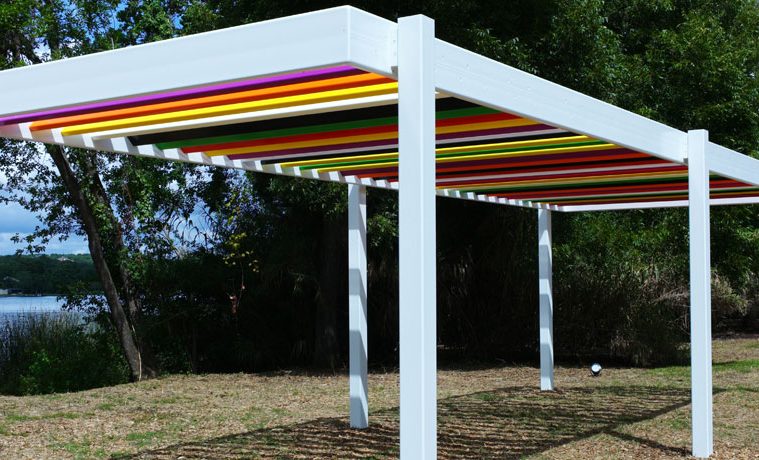 AUSTIN — Art lovers and artists have long wondered when, if ever, the visual arts in Austin would live up to the city’s creative reputation. Historically, most artistic programming was directly supported by the University of Texas or hidden in the shadow of its influence. It felt futile to aspire to broaden artistic horizons, since no institution had the funding or the wherewithal to take on such a bold endeavor. So any propositions of innovative or experimental art were left to the galleries, often with little attention or acclaim.

Perhaps it’s premature to say that the drought is over. But The Contemporary Austin’s fall exhibition lineup — the first wave of programming from executive director Louis Grachos and senior curator Heather Pesanti, both new arrivals from Buffalo’s Albright-Knox Art Gallery —  suggests that the former AMOA-Arthouse has taken the first steps in a promising new artistic direction.

The British, New York-based artist Liam Gillick has brought remarkably fresh new work both to downtown’s Jones Center and Laguna Gloria. (New York artist Marianne Vitale is also presenting work at both venues, as will most of the artists the museum invites.)

Gillick’s sculptural installation at Laguna Gloria, Raised Laguna Discussion Platform (Job #1073), colorfully decorates Lake Austin’s waterfront. Gillick says the large powder-coated steel architectural frame reflects his interest in what he calls “supplementary architecture.” His personal experiences with secondary or occasionally superfluous structures left him inspired him to assemble something equally nondescript and conceptually malleable at Laguna Gloria. The piece is welcoming and straddles the line between the semi-public and semi-private.

Perhaps more importantly, it’s indicative of the Contemporary’s larger objective: to work with the Austin community to realize an artist’s vision. Gillick called upon local architects, fabricators, and engineers to facilitate the piece’s completion.  The piece represents the artist while demonstrating the Contemporary’s stake in changing the artistic landscape and widening the creative pool.

Gillick’s second piece is a narrative film of his time in Austin. It features images of the Laguna Gloria grounds as well as shots from around the city. During his artist talk, Gillick discussed his interest in philosophy and how the conceptual conundrums that afflict contemporary thinkers also find representation in his work.

The film features four distinct audio tracks. The first incorporates sounds from a micro-processing factory in Taiwan; it is followed by Lawrence Weiner discussing Harold Szeemann’s famous When Attitudes Becomes Form, then by audio from inside a Boeing 737 cockpit during takeoff. The final track is an interview between Claire Parnet and French philosopher Gilles Deleuze.

Against the four tracks, the film showcases images of the city meandering in and out of the camera lens, sometimes flipped upside down or shot from overhead. It showcases the duality of discomfort, distorting Gillick’s new surroundings as the audio keeps rhythmic tempo in the background. Gillick splices together both auditory and visual examples of how we cope with uncomfortable environments by recalling the familiar and confronting the unknown.

During his artist talk, Gillick joked that curators will often promise that artists can do whatever they want, but that Pesanti and Grachos were direct about wanting the work to be shaped by its surroundings.  For better or worse, The Contemporary Austin has new advocates who are willing to speak on its behalf and I, for one, am excited to watch the conversation unfold.