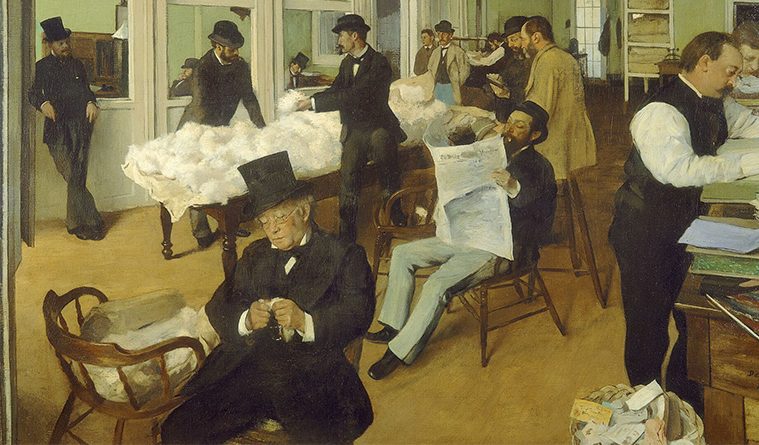 Lines, Lots of Lines: Degas at the MFAH 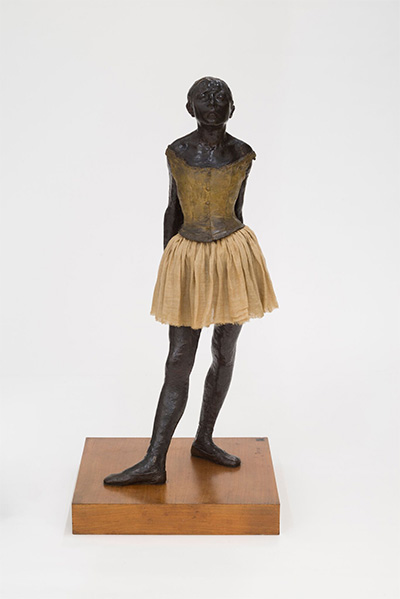 Degas: A New Vision will end its only U.S. presentation at the Museum of Fine Arts, Houston on Jan. 16, meaning its departure will roughly coincide with the fifth anniversary of director Gary Tinterow’s arrival from New York’s Metropolitan Museum of Art, where he spent the bulk of an impressive curatorial career. The timing couldn’t be more favorable for assessments of his early tenure, since Degas: A New Vision should be understood as the five-year culmination of the most optimistic hopes for what the well-connected Tinterow’s hire meant for Houston.

It came as no surprise when the MFAH landed the only non-New York stop for the Guggenheim Museum’s Picasso Black and White show (2013), or when it hosted John Singer Sargent Watercolors and presented a scaled-down George Braque retrospective (both 2014), or the National Gallery of Art’s superb Mark Rothko holdings (2015). These, along with the MFAH co-organized, thematically focused Monet on the Seine (2014), built upon expectations raised (and in some cases, relationships nurtured) during the late Peter C. Marzio’s tenure (1982-2010). Viewed in tandem with the nearby Menil Collection’s major exhibitions, they contributed to Houston’s growing sense of itself as a kinda-sorta arts destination—at the very least, a better-than-worthy regional draw.

Still, none of them is in the same league as Degas: A New Vision, which represents a new high-water mark for the MFAH, and serves notice, a few years before the expansion’s completion: This is what Houston’s encyclopedic museum is capable of.

Reuniting Tinterow with Henri Loyrette, the other living curator of the seminal 1988 Degas survey, Degas: A New Vision fills the Law Building’s entire upper level Brown Pavilion—double the real estate devoted to the Braque survey—and draws a career-spanning selection of both familiar and lesser-known works across subjects and media from six dozen museums and at least 10 private collections from around the world. As dense as it is sprawling, the exhibition is organized to emphasize Degas’s studio-based, proto-modern commitment to process, as seen in his constant reworking of compositions and subjects throughout his career and in his endless experiments with media and materials, always heeding advice from an 1855 visit with the master Jean-Auguste-Dominique Ingres: “Draw lines, lots of lines.” 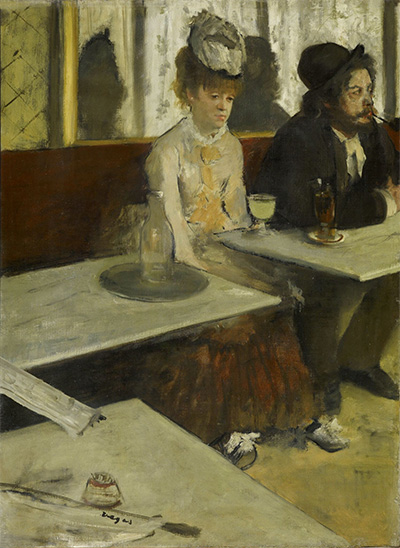 The coolly, cleanly, remotely rendered A Cotton Office in New Orleans is a different animal from its immediate successor, Cotton Merchants in New Orleans, with its intimate snapshot-like composition, the wildly varying levels of finish and what organizing curator Henri Loyrette, writing in the catalog, calls “the choppy sea of white cotton rendered con brio” (with vigor). The former painting is striking for its overall complexity; the latter retains the first picture’s slightly overhead vantage point and steep diagonal perspective but strips it all down, reflecting Degas’s desire to create what he called “less complicated, and more spontaneous, better art.” These tensions keep playing themselves out over the decades, between and within various depictions of family members, friends, jockeys, dancers, bathers, sex workers, and other recurring subjects, giving his art that feeling of perpetual becoming that would come to characterize much of modern art.

Degas’s restless experimentation also drove him to test and exploit the limits of his media and supports. Sometimes he extracted oil from paint and diluted it with turpentine; sometimes he used oil in place of printer’s ink in monotypes, creating landscapes that seem to have been fleetingly glimpsed from a train. Sometimes he melted down his pastels, painted with them, and then drew back into the layers once they’d dried back to a chalky surface. During the late 1870s he became obsessed with black and white; in the 1880s and 1890s, pastels brought out a colorful wild streak that characterized some of his most ravishing works. When, around 1895, he took up photography, it was not to replicate the voyeuristic, snapshot-style immediacy he had achieved in so many paintings and drawings, but to produce composed, staged images on glass-plate negatives, making his sitters (himself included) hold their poses for exposures that took several minutes.

Oh, and he made sculptures, including the scandalous wax masterpiece The little fourteen-year-old dancer (1879-81)—who wears a real cotton skirt and satin ribbon, decades before Braque’s and Pablo Picasso’s collages; let alone Robert Rauschenberg’s combines—a posthumous bronze of which is on view. 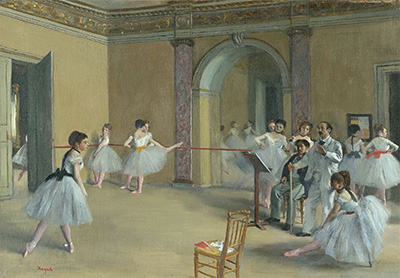 It’s a lot to take in. And when you realize you’re only halfway through the show and still have to navigate seven more installations, each devoted to a body of work from “the final years,” you may wonder how much more protean genius you can take. Degas is like J.M.W. Turner or Picasso that way—almost exhausting in his relentless virtuosity, yet too mesmerizing to walk away from. Fortunately, the cumulative effect of those late galleries is energizing, not taxing.

(Also like Picasso, Degas has been accused—including during his lifetime—of misogyny, though his often undeniably voyeuristic work has little of Picasso’s aggression, and he enjoyed friendships with Mary Cassatt, who makes several appearances in his art, and other women. Less debatable are Degas’s right-wing politics and anti-Semitism, which came to cost him a number of friendships late in life. The exhibition doesn’t shy away from Degas’s dark side.)

If you’ve been waiting for the right moment to badger your far-flung friends into visiting Houston, hoping to wow them with our cultural offerings, wait no longer. With Degas: A New Vision, it’s arrived.