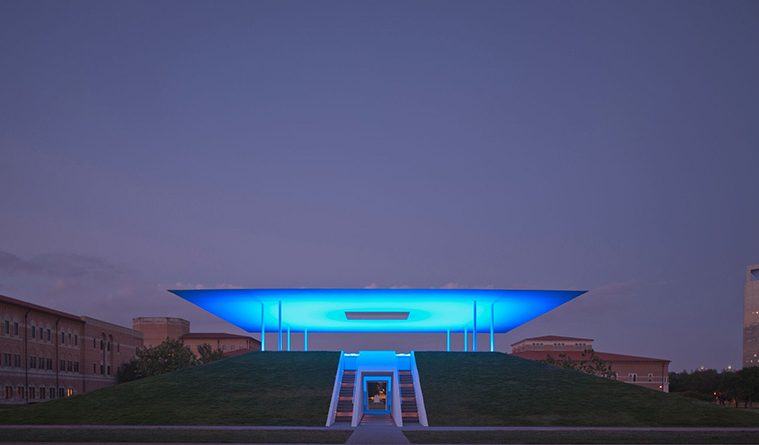 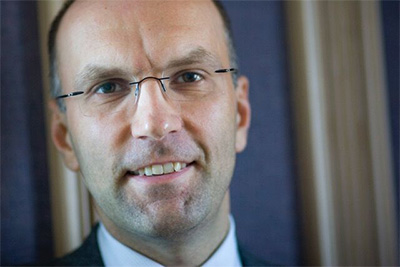 In the liner notes for an upcoming CD on GRM, Paris, composer Hans Tutschku – Professor of Music at Harvard University – defines the listening ritual as, “listening […] without doing anything else – just diving into the sound world and letting all inner images and imaginations flow.”

Originally scheduled and then postponed due to Hurricane Harvey, Tutschku’s visit to Rice—presented by REMLABS and the Moody Center for the Arts—has been at last rescheduled for early April.

Tutschku’s work covers expansive musical and non-musical territory. While his work can be categorized and sorted – electroacoustic, instrumental, installations, multimedia, and improvisation – the overlap is thankfully blurry. Electroacoustic music can be somewhat circular, the acoustic sound recorded becomes electric, the recording played through a speaker is acoustic, a sin wave on a speaker is a frequency as much as a note on a piano is a frequency, and so on and so on. Like many contemporary composers, his work has an intense focus on listening, he contextualizes it as “listening as ritual.” His electroacoustic works often use multiple channels – as many as 32 channels – to surround the listener, creating a superimposed sonic space, a distinct perimeter in which the listening ritual takes place.

On April 7, he will premiere nighttime songs from afar, a sound and light installation composed specifically for James Turrell’s Twilight Epiphany. The 40 minute temporal ritual is built on the structures of recorded and computer-modeled folk songs, prayers, and lullabies. The installation will be ongoing until April 23, following the nightly sunset light sequence.

Tutschku has an interesting repository of texts and lectures on his website that can illuminate some of his ideas. He also  teaches workshops outside of the university for musicians and non-musicians. A + C writer Joe Wozny visited with Tutschku about his expansive body of work, composition practice, and his philosophy of listening.

A+C TX:  What shapes your idea of the listening ritual?

HANS TUTSCHKU: In a time where everything is counted to the second, where we constantly multitask, I’m searching to create spaces (mental and real), where a different time flow invites us to dream and discover. Any ritual across different cultures is celebrated with dedication.

Listening can be such a moment of dedication for the audience.

How did you find your way to using recorded sounds?

I studied the piano from an early age (both parents being musicians), and discovered electronic music at age 15, starting with analogue synthesizers. Creating music based on sounds was more compelling at that time, than with symbolic notation.

They were always present equally. I started to perform in an improvisation ensemble and created pieces, merging instrumental and electronic sounds. But they were not traditionally notated. Communication was directly possible with the other musicians. Only when starting to write for other players did the need for the score arose.

Your Rice installation description mentions models for the composition of new counterpoints. Is there a separation for you between installation, composition, and multimedia? Do you treat them differently in your mind and practice?

There is certainly a different compositional approach for concert and site-specific works. nighttime songs from afar creates counterpoints between voices from different cultures and singing styles. The ritualistic is again in my mind when creating those musical evolutions. I’m imagining to be invited to a celebration of a tribe without knowing what it is about. Without further explanation, I’m witnessing the intensity and devotion of the participating people. I’m developing my own interpretation, merging my expectations, experiences and stories onto what I’m hearing unfold.

Is there something specific about the Skyspace that guided the process in your installation?

After seeing Turrell’s light sequence a few times, I was intrigued by the shifting perception of projected colors on the ceiling and of the sky.  With simple means, a seemingly ‘known’ phenomenon is twisted and our perception is challenged.

That is in line with my own artistic visions, where a seemingly known sound structure can lead to the discovery of something new.

Where do you go from here? Are there specific things you wish to pursue and explore further?

I have been fascinated, since my childhood, with other art forms – painting, sculpture, dance, photography, pottery. And at some point in my life I have explored them – not to become a master in each field, but to explore other sensibilities and bodily experiences. My music is guided by some very basic principles. One of them is gesture. Sounds and sound structures (electronic or instrumental) need to carry this link to a plausible agent forging them.

Do you have a certain approach to teaching? How do you approach “educating” the next generation of composers?

Wow, that would be an article apart. Yes, teaching is extremely important. I always loved to teach. It’s not just to gain my bread.

Being in communication with other creative minds and collectively discovering the WHY and HOW is fascinating. I just finished my 5th summer course and I will continue teaching internationally, not only musicians.

The concert and the installation propose very different musical renderings of works spanning the past 20 years. I will play my oldest and my newest work for piano and live-electronics, Das and virtual bodies. Both explore gesture in relationship with electronics, both extend the sounding palette of the piano and both blur the line between action and reaction.

All of them tell sonic stories in the tradition of the ‘cinema for the ears.’ The audience will create their own journey through a music, which leaves the limits and definitions of instruments behind.