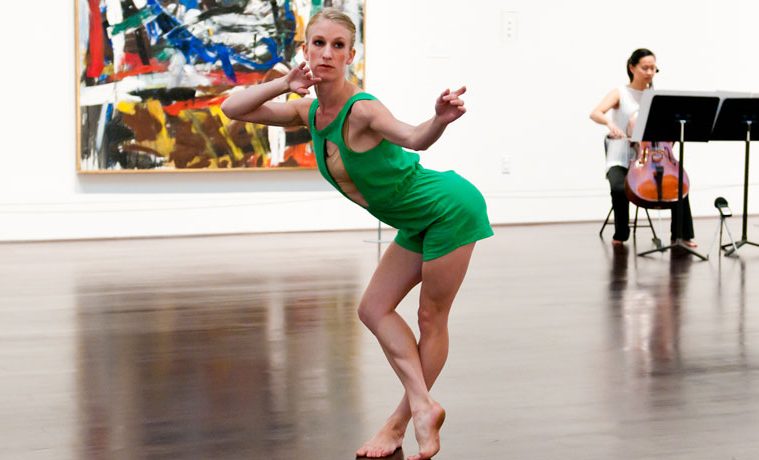 SoundSpace at The Blanton 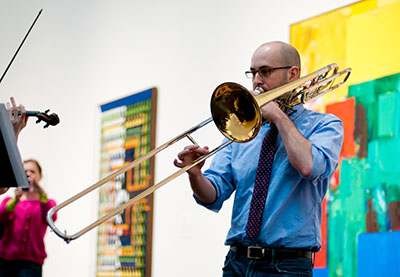 As music becomes a regular offering at Texas museums, it’s always good to look to those who have been doing it well, such as The Blanton Museum of Art with their award-winning SoundSpace program.

Next up is SoundSpace: Free Music and Community on Jan. 25 at 2pm. Curated by SoundSpace’s artistic director, Steve Parker, the program is in conjunction with the upcoming Blanton exhibit, Witness: Art and Civil Rights in the Sixties, Feb. 15 – May 10.

Austin American-Statesman raved about SoundSpace as, “The most successful new music event in the City.…the combination of music and art has vaulted the series into must-see status.” This is not a sit down affair.  Similar to previous SoundSpace events, Parker has planned an immersive experience, featuring simultaneous performances throughout the museum’s galleries.

The diverse lineup includes the Association for the Advancement of Creative Musicians (AACM), the Sun Ra Arkestra, Nameless Sound,  Adam Rudolph and his Go: Organic Orchestra and The Home of Easy Credit.   “This program highlights groups of improvisors who connect with their local communities through performance, education and outreach,” says Parker. “In particular, we are honored to be presenting two original members of these historic and important organizations that were formed in the 1960s: the AACM (Alvin Fielder, drums) and the Arkestra (Damon Choice, vibes). In addition, we will be presenting notated works and sound installations by Roscoe Mitchell and George Lewis, founding members of the AACM.” 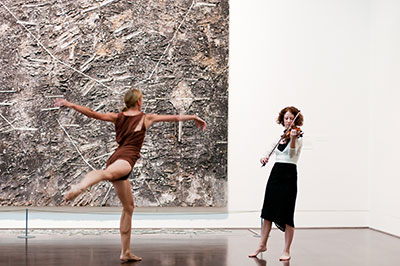 SoundSpace at the Blanton
Photo by Elisa Ferrari.

Regional improvising groups are also in the mix, including SSBT, Alex Heitlinger and Bob Hoffnar, the UTSA New Music Ensemble, Bel Cuore Sax Quartet, and selected recorded interviews of members of the AACM and the Sun Ra.

Creating a deeper connection with the upcoming exhibit was also a goal for the event. To that end, the program will also feature realizations of two scores from the Witness exhibit: Yoko Ono, Voice Piece for Soprano, 196, and Ben Patterson, First Symphony, 1964.

There’s also a dance/video component to the event, with a new work by Nick Kepley created especially for this event with Ballet Austin II dancers. “Because the overall theme of this SoundSpace will be the civil rights work of the 60s, I’ve created a piece that deals with the idea of first impressions,” says Kepley. 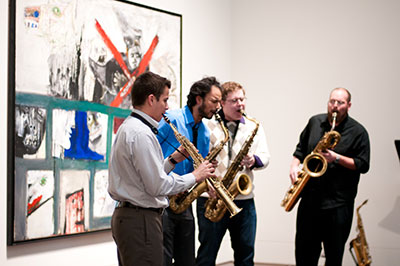 Kepley conducted video interviews with each dancer, asking them about first impressions, prejudice and discrimination. “These videos will inform the soundtrack of the work, and be projected on two of the walls, along with additional footage and audio from famous civil rights speeches and poems,” he says. “I have also challenged the dancers to generate movement phrases based solely on text, and the performance will incorporate spoken word as well.”

Parker has put together a jam packed afternoon of sound experimentation, improvisation in its many forms, dance and video. Expect to come curious and leave even more so. Be guided by your eyes and ears as the Blanton transforms into a music hub for a Sunday afternoon.