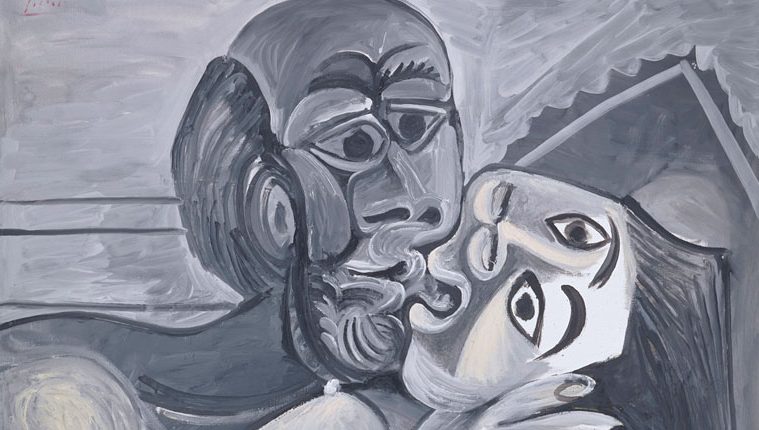 Last year’s salutary exhibition American Made: 250 Years of American Art at the Museum of Fine Arts, Houston played to the MFAH’s strengths, telling a convincing story of American art across media while giving the works room to breathe. It also begged the question: How would the MFAH replicate that triumph in the relatively cramped confines of the permanent collection galleries when the time came to reinstall?

Happily, the confident new rehang paraphrases some nice moments from the show while resisting the temptation to try to do too much in too little space. From the opening salvo, a room devoted to the MFAH’s impressive Frederic Remington holdings – arranged so that the eye progresses from scenes set in searing high-noon heat to the nocturnal masterpiece The Call for Help (1908) – strengths are concentrated rather than diluted. A group of William Merritt Chase paintings now get their own wall; the MFAH’s two best Franz Klines hang side by side, their gestural thrusts surging in opposite directions.

The reinstallation triumphs despite the loss of a pivotal long-term loan of a major, privately owned Jackson Pollock painting, The Blue Unconscious (1946), which was on view at the MFAH from 2007 until the recent Henry Ossawa Tanner survey, which the abstract expressionist collection was temporarily removed to accommodate. Now the Pollock is at Sotheby’s New York, where it’s expected to fetch $20-30 million during the May 14 Contemporary Art Evening Auction.

We’re not talking about a run-of-the-mill Pollock, the kind collection-poor museums display just to have a Pollock on the walls, but the largest work in his Sounds in the Grass and probably his first completed in the barn-studio where he soon began his signature drip paintings. It filled a crucial gap in the MFAH’s Pollock holdings and, had the museum been able to acquire it, would have counted as one of its most important 20th-century paintings. The late MFAH director Peter C. Marzio called it “one of the best Pollocks” and said he felt “sorry for any painting hanging next to it.”

It’s a sad loss for a museum with an impressive track record of converting loans to key accessions through gifts, purchases or some combination thereof. Examples include Haystacks (1938) by Pollock’s former teacher Thomas Hart Benton and Gustave Courbet’s The Gust of Wind (c. 1865), which Marzio said “doubled the importance of the (19th-century) gallery overnight, and I think you’d have to be brain-dead not to see it.”

The Blue Unconscious never got that chance to shine at the MFAH, spending most of its stay sharing a claustrophobic corner of what was then a too-eclectic gallery with Claes Oldenburg’s Soft Giant Fan – Ghost Version (1967), of all things. (Shortly before the Tanner show, the MFAH overhauled the space with a few simple changes; the current rehang reflects that newfound cohesion even without The Blue Unconscious.) And like Marzio, Caroline Wiess Law – the fabulously wealthy patron who stepped in to buy the Courbet for the museum just before the time came to return it to its lending gallery – is no longer with us.

And it goes without saying that $20 million is a lot of money. It’s not clear whether the MFAH tried to keep The Blue Unconscious off the auction block – say, by imploring the owner(s) to accept a lower price for the painting and launching a fundraising drive to meet it. Even when such efforts fail, there can be a silver lining. After the Dallas Museum of Art’s recent bid to raise enough money to buy the newly discovered Leonardo, Salvator Mundi, fell short, one of the donors decided to establish a $17 million endowment for pre-1700 European art.

Perhaps we’ll hear similarly consoling news soon in Houston. Or perhaps not; the MFAH says there’s “no back story here; just a chance to show a great painting for a while.” Prior to its five-year MFAH run, the Pollock that got away hadn’t been exhibited in 20 years. Now, unless Alice Walton adds it to the Crystal Bridges Museum of American Art’s shopping cart – or the DMA seizes a chance to add a major pre-drip canvas to its enviable Pollock holdings and raises enough cash – The Blue Unconscious seems destined to slip out of public view again, another casualty of the art market.

Meanwhile, the MFAH couldn’t have chosen a more emblematic figure to launch its gallingly priced ($35) Conversations with the Director series than commodities broker, artist and Picasso collector Jeff Koons, whom the late, great Robert Hughes called “the perfect product of an art system in which the market controls nearly everything, including much of what gets said about art.” Citing copyright restrictions on the images of Koons’s and Picasso’s work that director Gary Tinterow projected during the sold-out talk, the museum declined to make it available online but offered discounted $15 tickets for the overflow crowd in the Upper Brown Pavilion. (Since they included after-hours admission to the normally $20 Picasso Black and White – on view through May 27 – the satellite tickets were what passes for a bargain at the MFAH these days.)

As for what got said about art, it was so insubstantial that Hughes could have been reviewing the talk when, writing about Koons in 2004, he described “an extreme and self-satisfied manifestation of the sanctimony that attaches to big bucks.” How else to describe Koons’s description of art collecting – his own included – as a “generous” activity? (Not so generous: charging $35 for an innocuous hour of softball Q&A.)

“He has the slimy assurance, the gross patter about transcendence through art, of a blow-dried Baptist selling swamp acres in Florida,” Hughes wrote, and it’s still true. “And the result is that you can’t imagine America’s singularly depraved culture without him.” Nor, increasingly, can you imagine an MFAH that misses a chance to monetize its audience through general admission and membership fee hikes and charging as much as it can get away with for special exhibitions and lectures.

By stark contrast, the following evening’s Menil Collection panel on the exhibition Forrest Bess: Seeing Things Invisible was not only free – like all Menil programming – but powerfully substantive. For artists on artists, you couldn’t beat the tag team of Terrell James, who became intimately familiar with Bess’s correspondence and other writings while organizing his papers for the Smithsonian Archives of American Art, and David Aylsworth, who described his evolution from hating Bess’s work to finding it a wellspring of fruitful “misinterpretation,” a term Aylsworth said felt more apt than influence.

You could feel the artists and the other panelists – exhibition curator Clare Elliott and art historians Jenni Sorkin and Susie Kalil – really grappling with questions, their own and the audience’s, about how to view the art and life of this East Texas painter-fisherman, outsider-insider, mystic-mental patient who performed at least two DIY surgeries on his genitals, becoming, as he called himself, a “pseudo-hermaphrodite.” As Sorkin pointed out, there’s something performative in the way Bess, who was fascinated with Jungian psychology, used his own body to prove his theories about the possibility of uniting male and female, and he was nothing if not adamant about their relevance to his work.

As Sorkin also noted, Bess’s gender identity and sexuality – he described himself as a “peculiar type of homosexual” who found he didn’t fit in with “people I thought were my own kind (because) I was too ‘butch’” – don’t readily comport with contemporary gay, queer or trans identities.

Still, the recent resurgence of interest in Bess, along with artist Robert Gober’s presentation of archival materials related to his lost thesis on hermaphroditism both at last year’s Whitney Biennial and in Seeing Things Invisible, comes at a time when non-gender-conforming teenagers are able to take hormones and undergo surgeries at ever younger ages. Their goals differ from Bess’s, of course; they’re looking to reconcile their bodies with their identities rather than to merge the genders through surgery – or, as Gober said while visiting the Menil just before the show opened, to create “an opening of the unconscious, both in and out of his body.”

But the Bess panel reminded me of Margaret Talbot’s recent New Yorker profile of Skylar, an F.T.M. (female-to-male), queer-identified trans youth who expressed comfort with gender ambiguity, opted for the kind of mastectomy that leaves scars and said he wasn’t sure whether he’d opt for genital surgery when he got older. Talbot also reported on YouTube channels where trans teens post updates on their transitions and workshops where facilitators fire off seemingly endless gender identities: “non-binary, gender queer, bigender, trigender, agender, intergender, pangender, neutrois, 3rd gender, androgyne, two-spirit, self-coined, genderfluid.”

Bess’s world is light years from theirs. But perhaps the social progress that has enabled these teens to explore such myriad possibilities has also made it safer, if not necessarily easier, to try to see Bess’s work on something closer to his own terms.